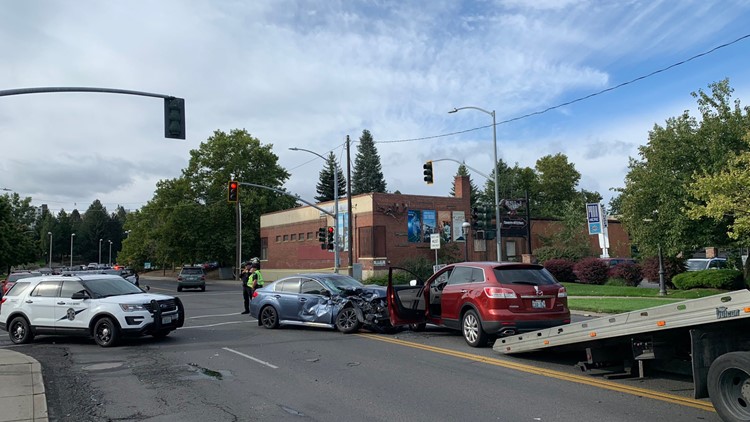 No students injured as Spokane Montessori bus involved in crash

SPOKANE, Wash. — No students were injured after a bus carrying Spokane Montessori students was involved in a crash in downtown Spokane on Tuesday morning.

According to KREM Photojournalist Nathan Brand, police on scene said the bus and a Subaru were involved in a collision at the intersection of West North River Drive and North Washington Street. The bus and the driver of the Subaru both thought they had the right-of-way, police said.

The Subaru was hit by the bus and sent into a red car nearby, police said. The person in the red car reaggravated an old minor injury during the crash, according to police.

No one in the bus was injured and the bus was able to leave the scene with only minor damage, according to police. Traffic has resumed as normal after three lanes reopened following the crash.

This is a developing story and will continue to be updated.