Marlene Feist, spokesperson for the City of Spokane, said changes in traffic patterns led to the change. 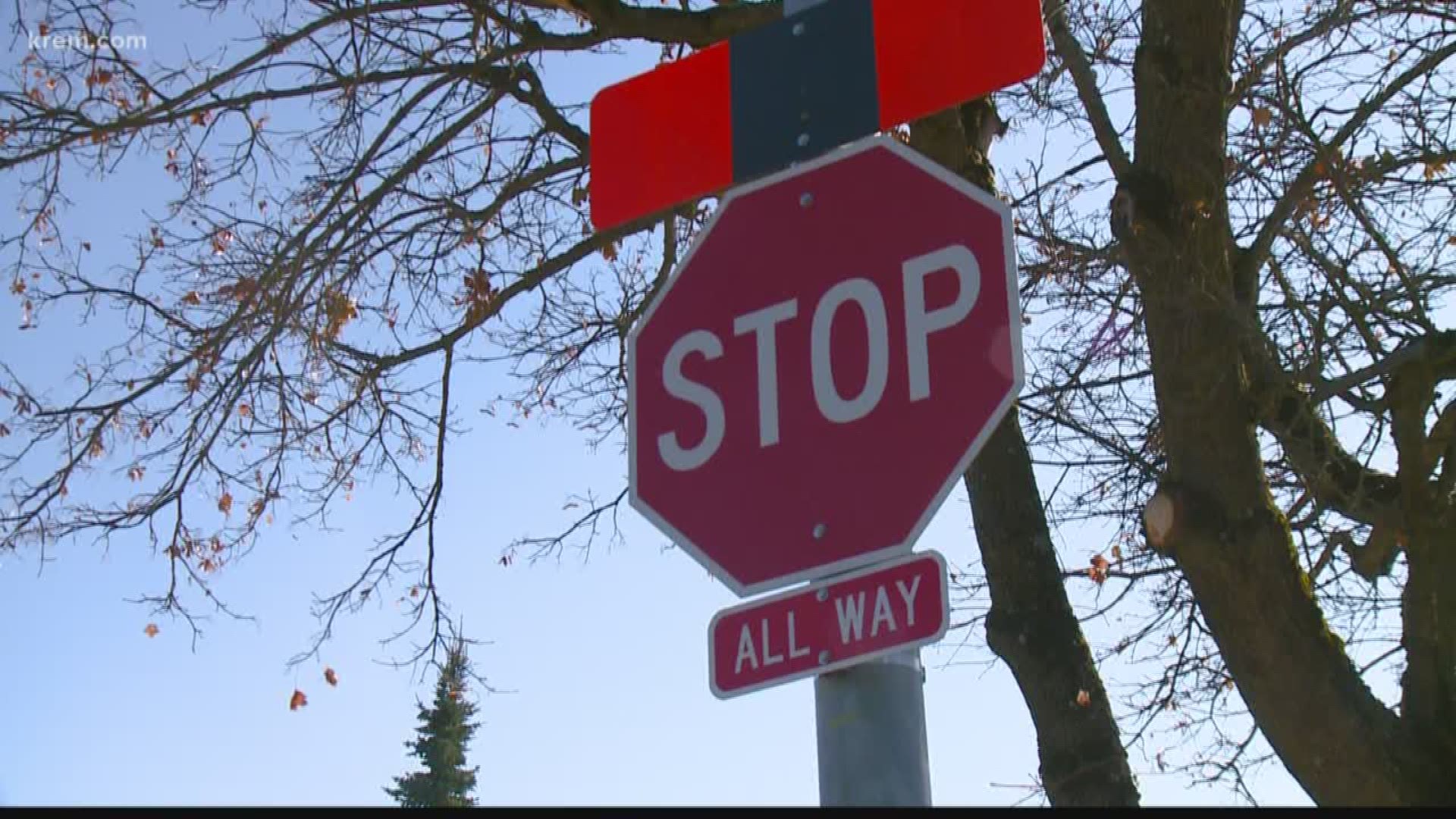 SPOKANE, Wash. — A new stop sign at the intersection of High Dr. and Grand Blvd. has been confusing for many drivers on Spokane’s South Hill.

Where drivers used to be able to turn onto High Dr. from Grand Blvd. without stopping, a “traffic revision ahead” sign warns them about the added road sign.

But this sign doesn’t seem to be enough to remind some drivers to stop before continuing through the intersection.

Marlene Feist, spokesperson for the City of Spokane, said changes in traffic patterns led to the change.

After a series of studies, the city found the traffic on High Dr. increased to become about equal to traffic flows on Grand Blvd.

“This meant we needed to control traffic coming from Grand now,” Feist said.

She said many people living in the area also expressed their concerns about the intersection to the city.

In September, the city added the stop sign requiring all three sides of the High and Grand intersection to come to a complete stop before proceeding.

“I think in the long run it’s going to be really great, because it’s been a very confusing intersection,” said Kristin Vogel, who lives near Grand Blvd.

But after a month at the intersection, the sign was still confusing many drivers.

Over the span of about 15 minutes, several cars turning onto High Dr. from Grand Blvd. did not stop. Other drivers honked their horns at cars in front of them, urging them not to stop at the intersection.

“Everybody is doing their regular day-to-day routine drive on their commute. People are just on robot mode, and they’re just going to cruise through that stop sign. They’ve been doing it for years that way,” Vogel said.

Many drivers coming to the intersection from High Dr. expected cars from Grand to continue driving.

RELATED: Verify: Do WA drivers need to yield to pedestrians when there is no crosswalk?