There is no word right now on what caused the fire. 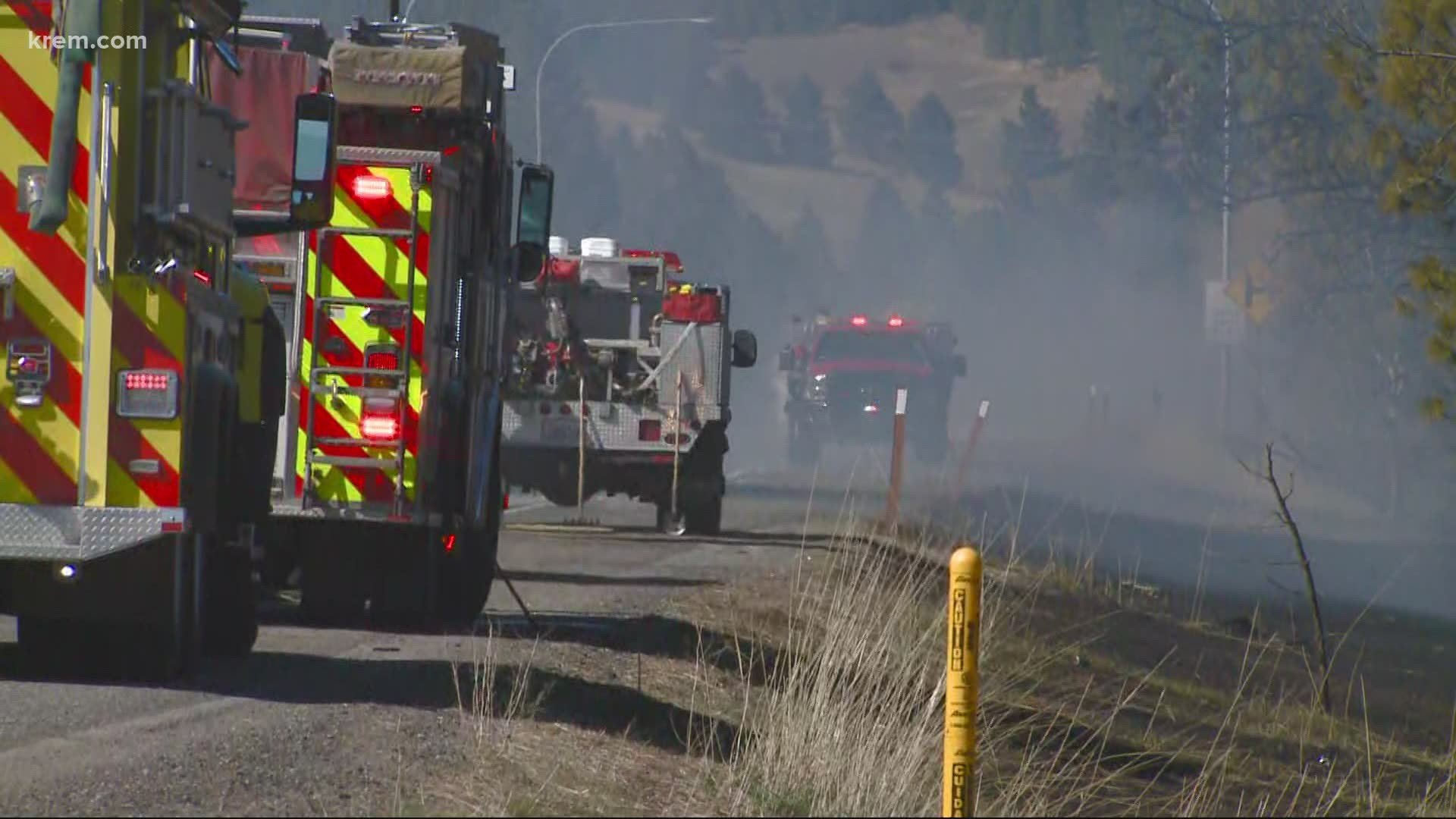 VALLEYFORD, Wash. — State Route 27 has reopened between Dishman-Mica Road and Palouse Highway after a fire along the roadway, according to the Washington State Department of Transportation.

There was no detour in place and drivers were asked to avoid the area. The fires were burning near railroad tracks in the area.

According to the Washington State Department of Natural Resources, the fire burned 15 acres. Crews cleared the scene around 6 p.m. Wednesday.

There is no word right now on what caused the fire.

Fire crews are working to extinguish numerous brush fires along a railroad track.

Overhead, you can see a helicopter dropping water off State Hwy 27 and Gibbs Rd.@KREM2 pic.twitter.com/23ZFZZGmgx

Crews were able to grab a few pictures of the fire scene along SR 27. The roadway remains closed at this time between Dishman-Mica and Palouse Hwy. Drivers will need to find alternate routes at this time. Expect significant delays. pic.twitter.com/JYGR72aXuY