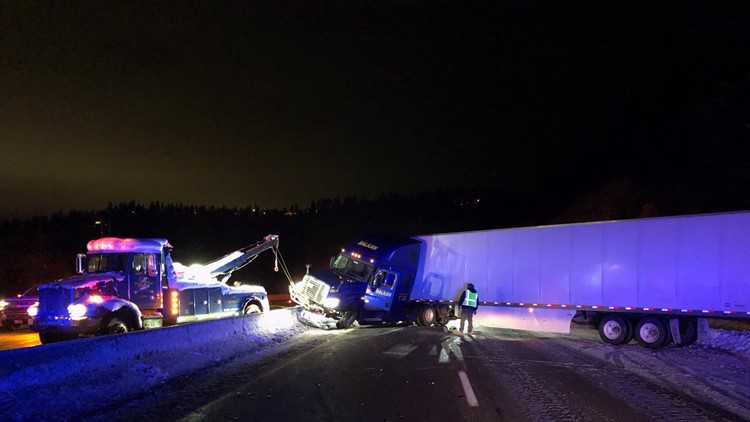 Semi-truck crash near Coeur d'Alene delays traffic on I-90

KOOTENAI COUNTY, Idaho — A semi-truck crash near milepost 17 on I-90 east of Coeur d'Alene is causing traffic delays in both directions on Monday night.

According to the Idaho State Police, troopers are on-scene near milepost 17 on I-90 after a semi-truck crashed. A photo tweeted by the ISP appears to show the semi partially on top of a median.

Traffic is being delayed in both directions and troopers are asking drivers to expect further delays and detours, and to be slow while approaching the scene.

There is no estimated time for the crash to be cleared, and the ISP has not announced the cause of the crash.