Crews are expected to start removing boulders at the base of a slide on US-95 south of Riggins. 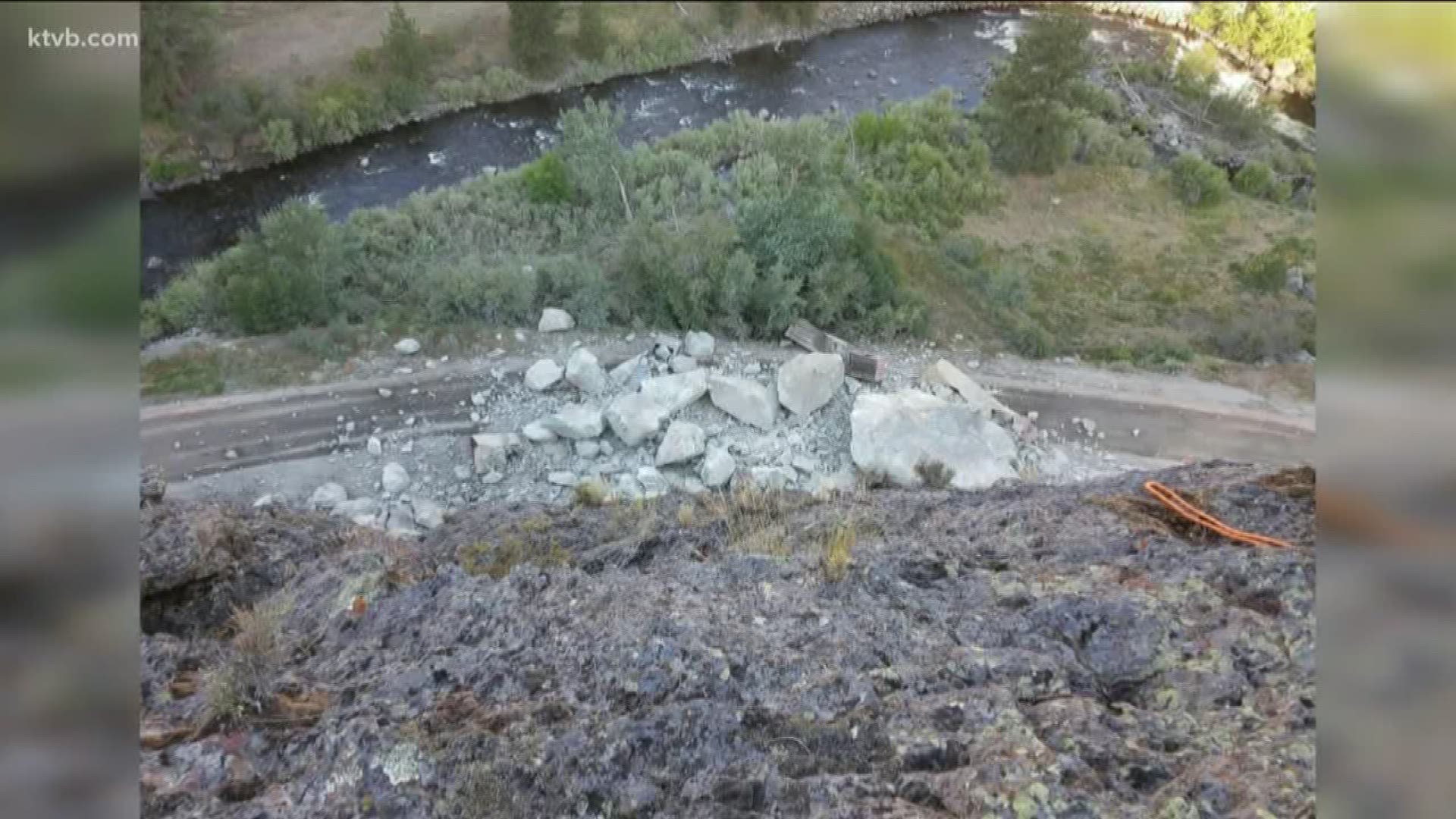 RIGGINS, Idaho — The Idaho Transportation Department says rock removal is expected to resume Monday on a section of US Highway 95 that has been blocked since July 3.

The massive slide of rock, boulders and debris is located at milepost 188, south of Riggins.

A temporary road that was built around the slide has been closed all week after the slope failed for a second time last week, sending more debris and rocks onto the highway.

"Our entire timeline is dependent on survey results," Operations Engineer Jared Hopkins said. "If we observe movement, that will limit our ability to have crews working underneath the slope and delay the eventual reopening of the temporary road."

There has been no significant movement detected on the slope since last week. That has allowed scaler to finish dislodging loose material on the rock face this week.

Removing debris and rebuilding the rock berm to shield the temporary road is planned to take at least all week.

"Some of these boulders are 40 feet wide," Hopkins said. "We'll need to drill and blast them into small enough pieces to be removed."

Drivers will continue to be detoured to Old Pollock Road, which is open from 6 a.m. to 9 p.m. MDT.

To ensure the long-term stability of the slope, ITD has hired WHPacific to design a mitigation plan that will include controlled blasting. The plans will be released later this summer. The costs and timeline are unknown at this time.

Drivers should download the 511 app to check for the latest conditions.

RELATED: ITD: Highway 95 between Riggins and Pollock to reopen on Wednesday