The Spokane Regional Transportation Management Center map shows traffic is slow through most of I-90 in eastern Washington. 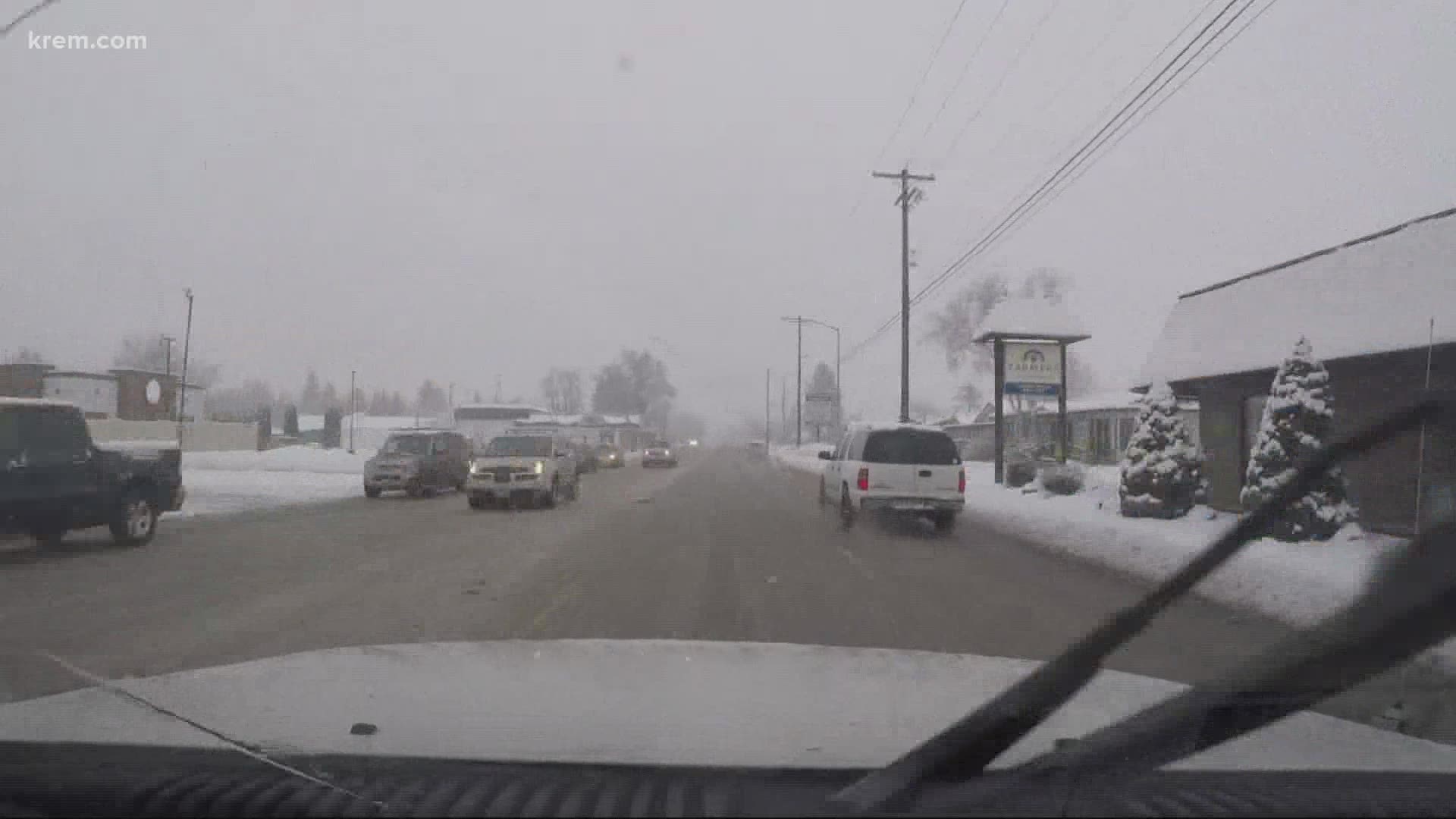 A total of six to eight inches of snow is expected in Spokane by Thursday morning, with up to a foot of snow in the forecast for Coeur d'Alene and other Idaho Panhandle cities, according to NWS.

NWS Spokane announced on Thursday evening that Spokane had already set a record for snowfall on Dec. 30, with 7.5 inches at the Spokane International Airport.

The Washington State Patrol said on Twitter at about 4:50 p.m. Wednesday that troopers in District 4 had responded to more than 100 crashes, with 65 of them occurring in Spokane County alone.

Idaho State Police is reporting that several spun out semi trucks have blocked the southbound lanes of US 95 at milepost 426 on Mica Grade south of Coeur d'Alene.

Idaho State Police are responding to a crash on Interstate 90 at milepost 34 near Rose Lake as of 11:45 a.m. The westbound lanes are blocked.

According to a tweet from the Washington State Department of Transportation, several slide-offs were reported on I-90 through the Spokane area on Wednesday morning.

The Spokane Regional Transportation Management Center map shows traffic is slow through most of I-90 in eastern Washington.

Washington State Patrol Trooper Jeff Sevigney said authorities have been busy responding to crashes since 5 a.m. on Wednesday. He said most of the crashes are due to people driving too fast for conditions. No serious injuries had been reported as of 11:15 a.m.

I-90 over Snoqualmie Pass was closed eastbound at North Bend due to spinouts, but it has since reopened. WSP has also said troopers are responding to collisions on White Pass.

Chains are required on all vehicles except all wheel drive and four wheel drive vehicles if travelling over the pass.

WSDOT says it has over 85 pieces of snow equipment out clearing roads in eastern Washington. They also reminded drivers to give plows space when following them on the roadways.

At 6 a.m. on Wednesday, crews completed one full pass of I-90 through Spokane in both the east and westbound lanes, according to WSDOT.