The city demonstrated their new microsurfacing technique on Bernard Street from 14th to 29th Avenue. 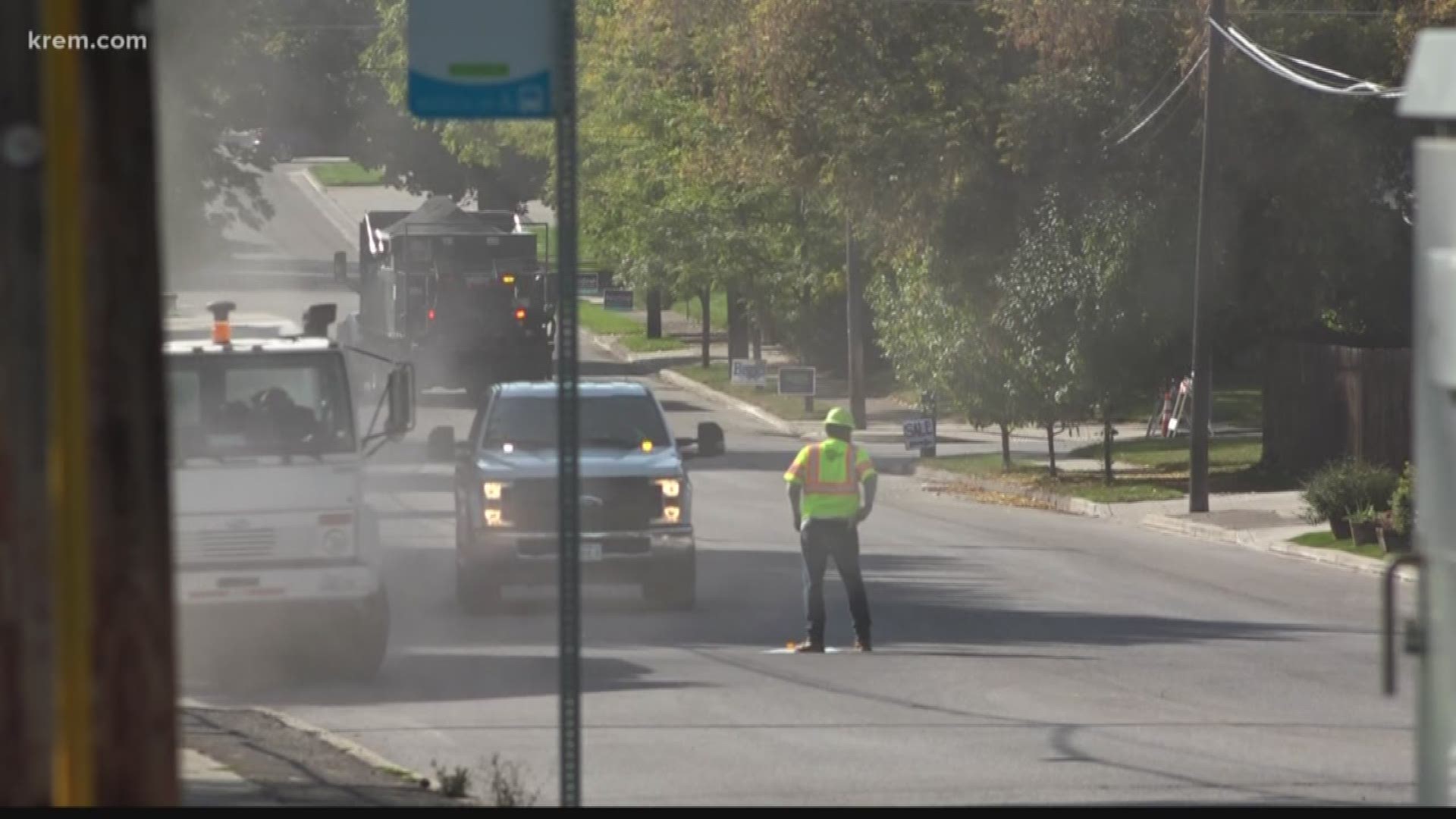 SPOKANE, Wash. — The City of Spokane is testing out a new method to improve the quality of roads. Microsurfacing is a technique that targets cracks and defects to extend the life of the pavement.

Crack seal, chip seal, grind and overlay is what the technique embodies. In other words, those bumpy roads that are tough to drive on become easier to navigate.

Bernard Street is now the third road in Spokane to get the makeover and it only takes four hours after the last layer is applied before the road opens back up for traffic.

"This treatment is meant to seal the surface to extend the life of the street and keep the good streets good longer,” Street Director Clint Harris explained.

The treatment wouldn’t work on streets with large potholes, but catching little cracks and flaws in the road early on prevent some of those larger problems from forming.

Rain and snow can be detrimental to the life of a road. Microsurfacing helps with that because it’s harder for any type of liquids to seep through its seal.

Once applied, it’ll be another five to seven years before the road begins wearing down.

RELATED: Solar Roadways site in Downtown Sandpoint to get upgrade

The following video is a report on the aftermath of a July 2019 storm that left trees in Spokane roadways.