Mussels tagging along in moss balls sparked a nationwide investigation earlier this year, but introduction by boaters is much more likely. 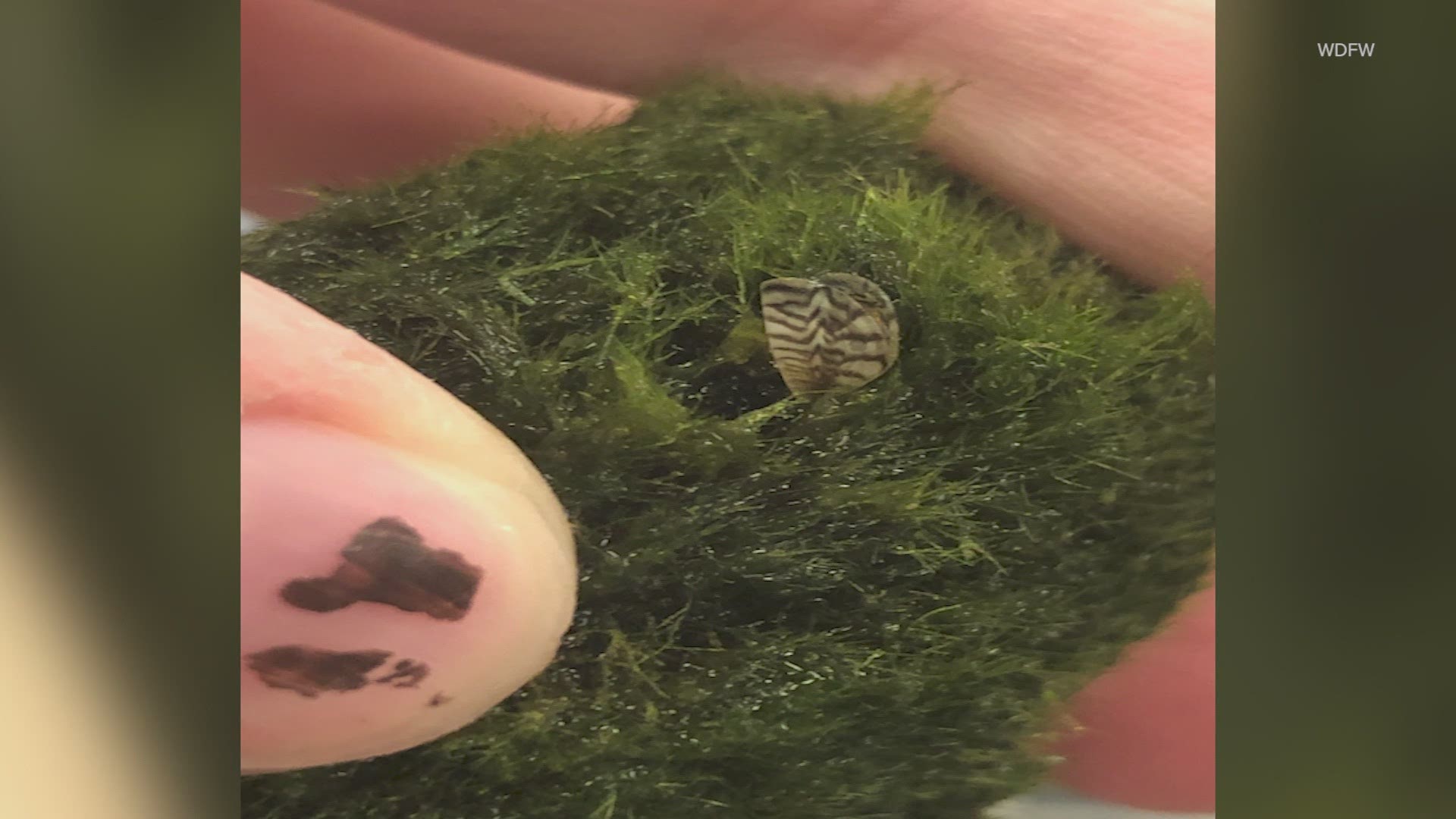 SEATTLE — The Washington Department of Fish and Wildlife (WDFW) is expanding its invasive mussel detection and prevention efforts, as officials expect a busy year in the effort to avoid an expensive infestation.

Zebra mussels caused a stir in March, when they were found in moss balls at a Seattle pet store, sparking a nationwide investigation.

WDFW shared this image recently of mussels found on boats in the state. To date, inspectors have checked 6,142 watercraft, and found 12 with mussels. At the same time last year, they’d completed 2,523 inspections, and found three fouled boats.

“So we’ve seen a 100% increase in the boats coming through, and we’ve had an increase in dealing with boats that have mussels, or evidence of mussels on them,” said Capt. Eric Anderson, WDFW aquatic invasive species enforcement manager.

He attributes some of the increase in detections to the rise in traffic to pre-pandemic levels. WDFW has also added a third mussel inspection station for watercraft in Cle Elum, with plans to expand the program further. Anderson also said returning employees are getting more adept at spotting the filter-feeders.

Further illustrating how difficult the mussels are to spot: nine of the craft previously had mussels identified in other states, and were re-detected in Washington after cleaning.

The stakes are high. When zebra and quagga mussels establish in a waterway, they multiply and spread like wildfire. By over-filtering the water they can collapse existing ecosystem and threaten native species. They’re also known to clog water pipes on important infrastructure like power generation facilities, utilities, and locks & dams.

The state estimates it could become a $100 million annual problem if the mussels establish in Washington waterways. Lawmakers have allocated $6 million in additional funding for aquatic invasive prevention.

The Columbia River basin is the last watershed in the U.S. free of the mussels, and state officials hope to keep it that way.

At least 171 pet stores in Washington were checked because of the moss ball outbreak, Anderson said. He expects that may lead to federal quarantine or inspection protocols for the aquarium products. Washington is also considering additional measures such as quarantine protocols to make sure pet stores don't unknowingly introduce the mussels.

Anderson notes while the moss ball investigation drew a great deal of attention, and was an unexpected source for the mussels, the likelihood of an infestation from boat traffic is much higher.

“Just by sheer number, the vector is obviously watercraft,” he said.

For that reason, WDFW is reiterating the long-standing guidance: make sure all watercraft are clean, drained and dry before transferring between bodies of water. It is illegal to transport invasive species in Washington, punishable with up to a $5,000 fine and year in jail.