The law bans retailers from using single-use plastic bags. It would have started Jan. 1, 2021 but Gov. Inslee put it on hold due to the coronavirus pandemic. 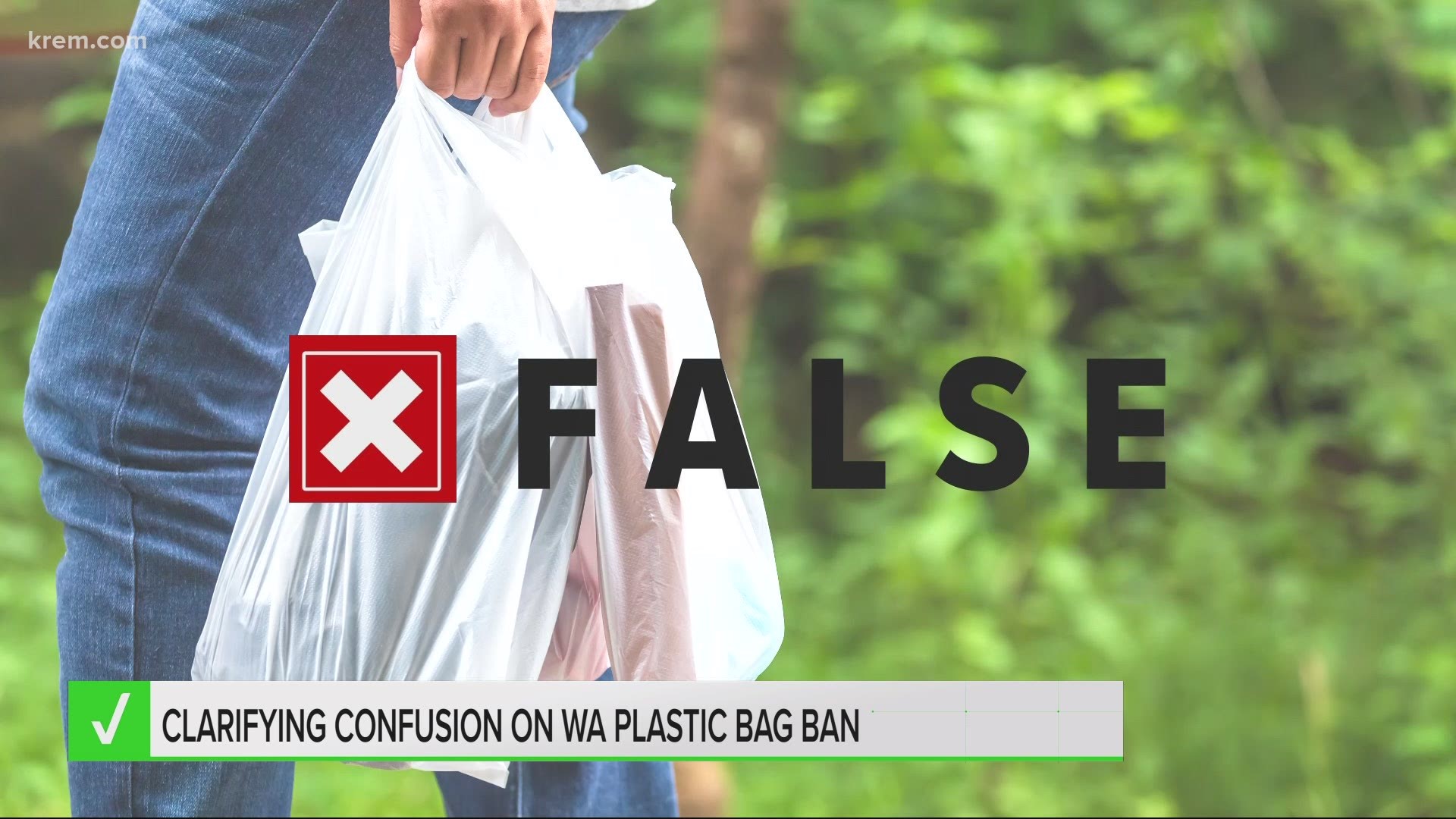 WASHINGTON — Some retail stores in the Spokane area are alerting customers that, starting Friday, June 11 they will be required to charge $.08 cents for each bag. This is part of Washington's statewide plastic bag ban.

But we set out to verify when the statewide ban actually goes into effect.

When does the statewide ban actually go into effect?

The law bans retailers from using single-use plastic bags. It would have started January 1st, but the governor put it on hold due to the coronavirus pandemic.

Inslee's office confirmed the ban and fees will not go into effect until the governor lifts the emergency or decides to revise the proclamation.

Shannon Jones is the material coordinator for the Washington Department of Ecology, which oversees the implementation of the new law.

"If the ban had gone into effect January 1 as planned, there would have been a six-month grace period during which businesses could use up existing inventories of plastic bags and that was set to expire on June 11, 2021," Jones said. "So it's possible that date somehow got mixed up."

She said the state has not set a date to begin enforcing the ban. But retailers don't have to wait.

"[Retailers] do have the option to charge for any amount that they choose for bags," Jones said. "We know there were some significant supply chain shortages of bags over the pandemic and that's actually what caused the delay. So it may be that businesses need to charge in order to recoup some of some of that cost."

The eight-cent fee taxable sales on the customers receipt. Under the law the retailer keeps this income for the sale.

Jones adds that retailers are encouraged to start allowing reusable bags, but businesses are not required to until the ban takes effect.

"Just to get customers used to it start promoting, bringing your own reusable bag," Jones said.

Some viewers have reported already seeing discrepancies with bag policies at different stores.

Jones said during this transition, each business can determine their own approach. But once the ban is in place, stores will be required to allow customers to bring in clean reusable bags.

We can verify that Washington's plastic bag ban is not taking effect yet, but shoppers could start paying the fees as soon as Friday.