The Dishman Hills Conservancy encourages people to be especially cautious while using trails because fire risk is very high, according to DNR. 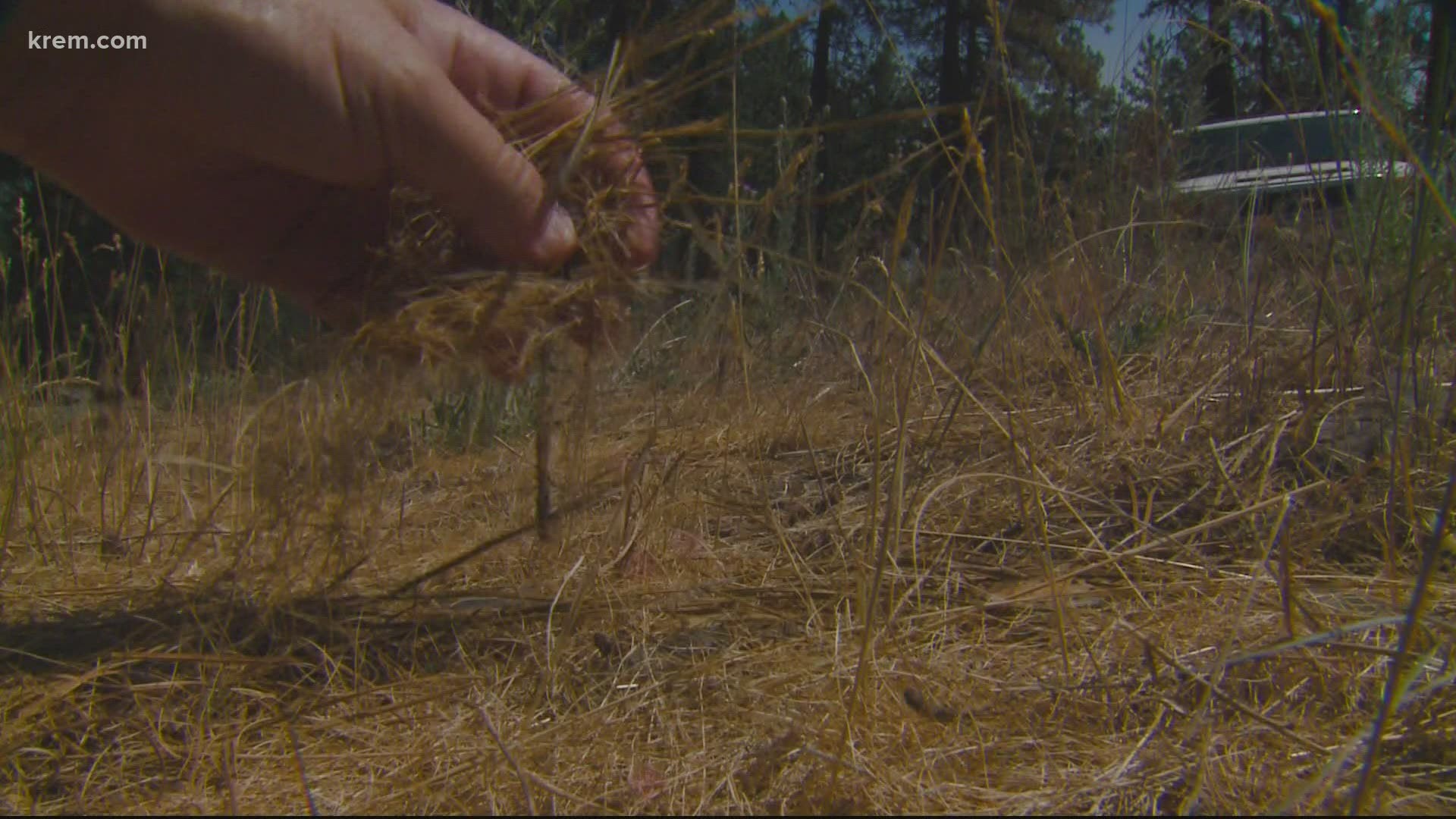 SPOKANE, Wash — Due to the already record-breaking wildfire season fueled by extreme heat and historic drought across the Pacific Northwest, the Department of Natural Resources (DNR) is closing all public lands in eastern Washington on Friday.

Across Washington state, over 900 fires have burned more than 140-thousand acres. The number of wildfire ignitions is already double that of the 10-year average, DNR said in a release.

The Dishman Hills Conservancy encourages people to be especially cautious while using trails because fire risk is very high, according to DNR. People are asked to refrain from driving or parking on dry vegetation and properly dispose of any cigarette butts or trash, according to Jeff Lambert, Executive Director for DHC.

Commissioner of Public Lands Hilary Franz said the decision to close the lands was not an easy one, but it had to be done.

"We know this is our summer and we live for our summers in Washington state," Franz said.

The temporary closure may affect summer plans to visit DNR lands and trails. However, campers and hikers agree that it is for the best.

Park visitor James Zierdt said he is not surprised by the decision.

"It doesn't necessarily surprise me because there have been times in the past when it's been really dry that the park has been closed."

For eastern Washington, DNR warns that all land east of the Cascades is either at very high or extreme fire danger. No word was given on when DNR plans to reopen public lands.

The Washington Department of Fish and Wildlife also announced Tuesday that it would be closing all wildlife areas, including water access areas, in eastern Washington for overnight use beginning Friday. The department said in a release that the overnight closures are due to "increased fire risk and nationally depleted firefighting resources."