More mountain goats will be airlifted to the Cascades next week as part of an effort to remove the nonnative population from the Olympics. 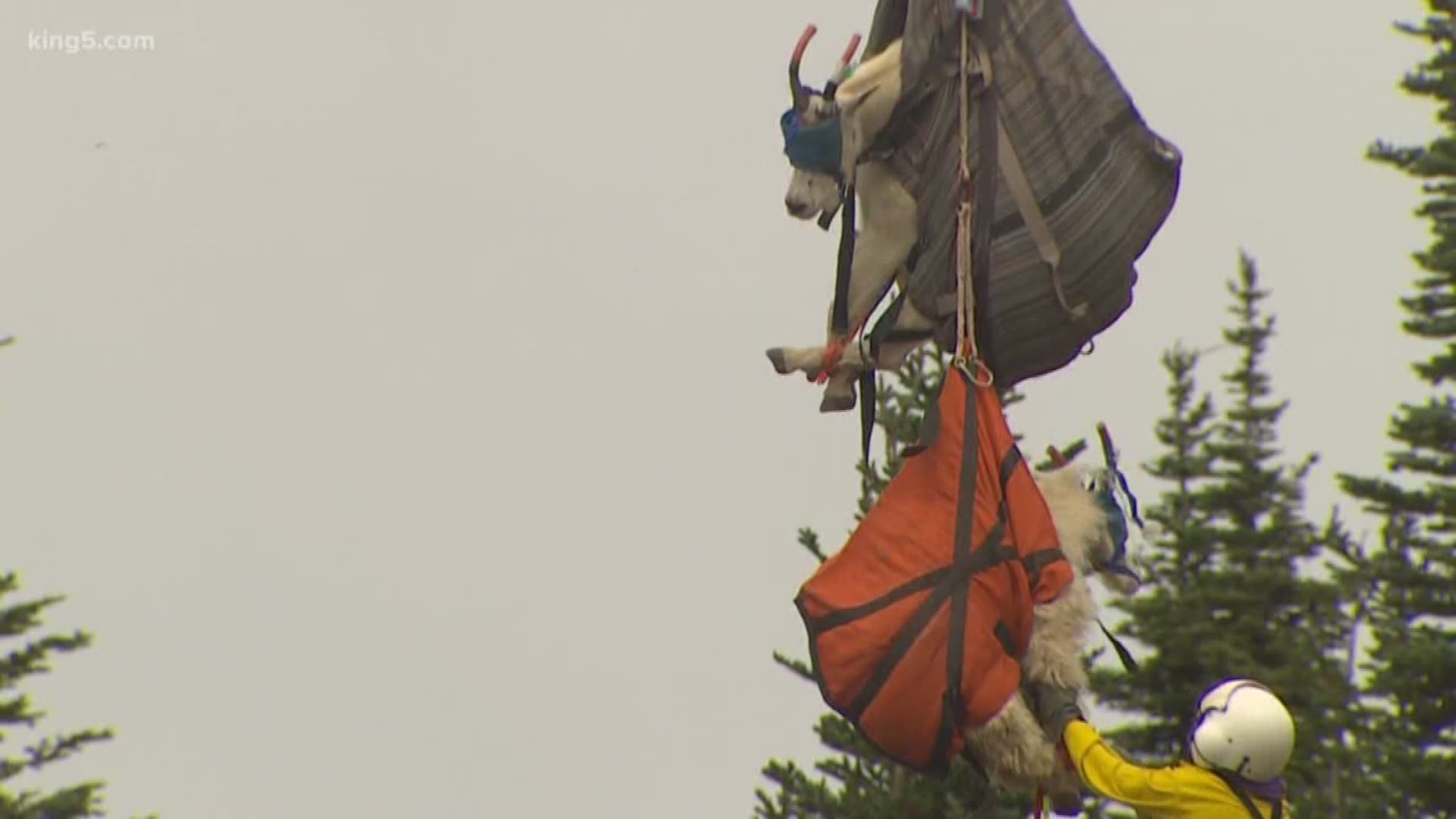 Editor's note: The above video on a previous mountain goat relocation effort originally aired in July 2019.

The fourth and final two-week mission to relocate mountain goats from the Olympic Mountains to the Cascades is expected to begin Monday.

The mountain goats will be released at 12 sites in the Cascades, including nine in the Darrington, Preacher Mountain, Mountain Loop Highway and Snoqualmie Pass areas and three in the Chikamin Ridge, Box Canyon and Tower Mountain areas, according to three agencies conducting the mission.

As with the three previous relocation efforts, helicopter crews will capture the goats using immobilizing darts and net guns. The goats will be flown to staging areas in slings.

After this round of relocation, staff will start lethally removing goats in the fall.

Since September 2018, 275 mountain goats have been relocated from the Olympic Peninsula, and 326 have been removed from the population. That includes 21 that died while being captured or transported, 16 that were taken to a zoo and 14 that were euthanized or lethally removed. 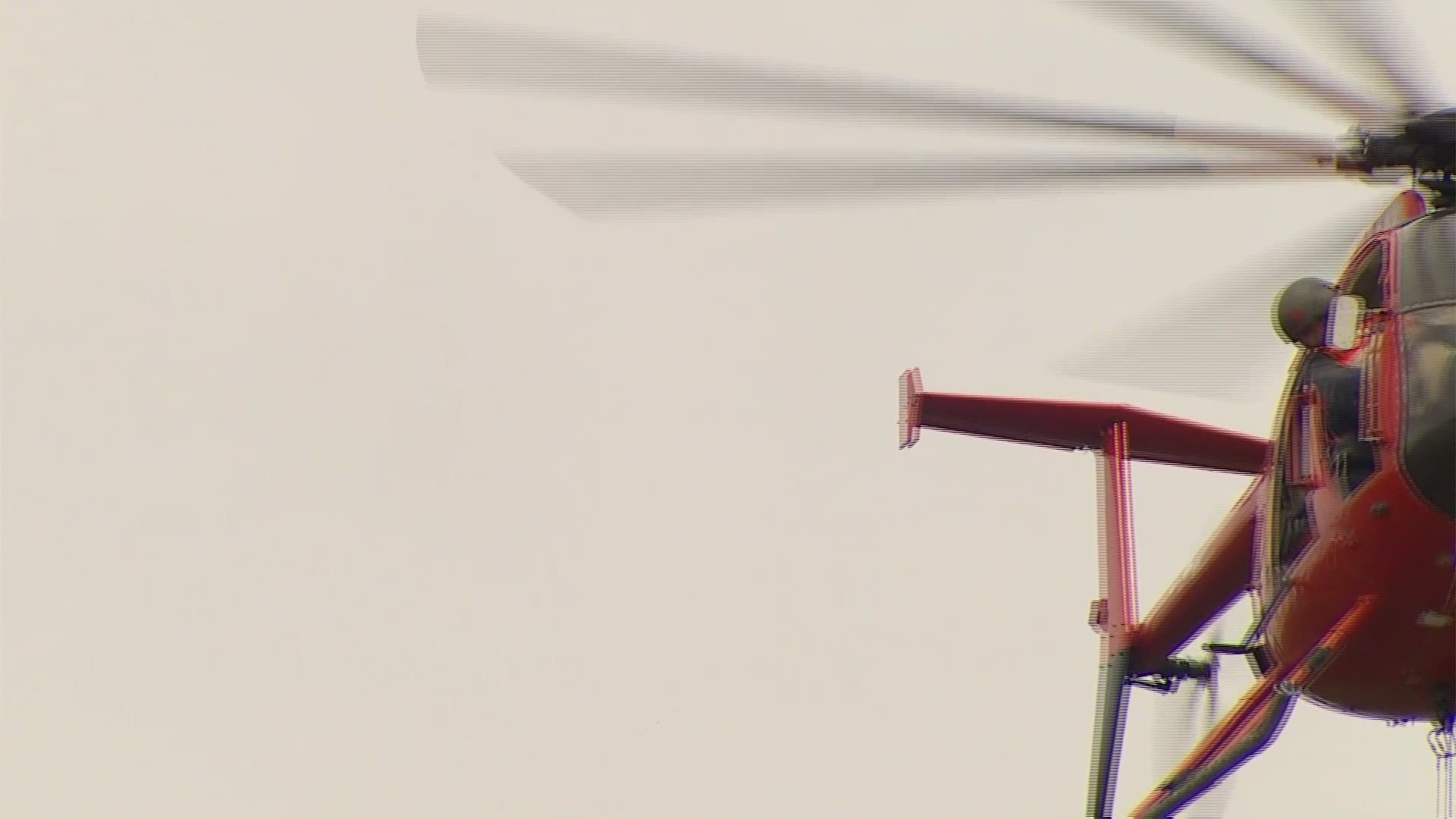 Before the agencies started removing the goats, there were about 725 on the Olympic Peninsula. Staff estimated they could capture about 325-375 animals over four two-week periods based on past efforts.

The relocation efforts are part of the National Park Service’s 2018 mountain goat management plan. Mountain goats are not native to the Olympic Peninsula and have posed an environmental problem. A hiker was also fatally gored by a goat in 2010.

By relocating the goats, wildlife officials hope to bolster native populations in the Cascades. The area also has natural salt licks, which means the goats don’t have to rely on human sweat or urine for salt.