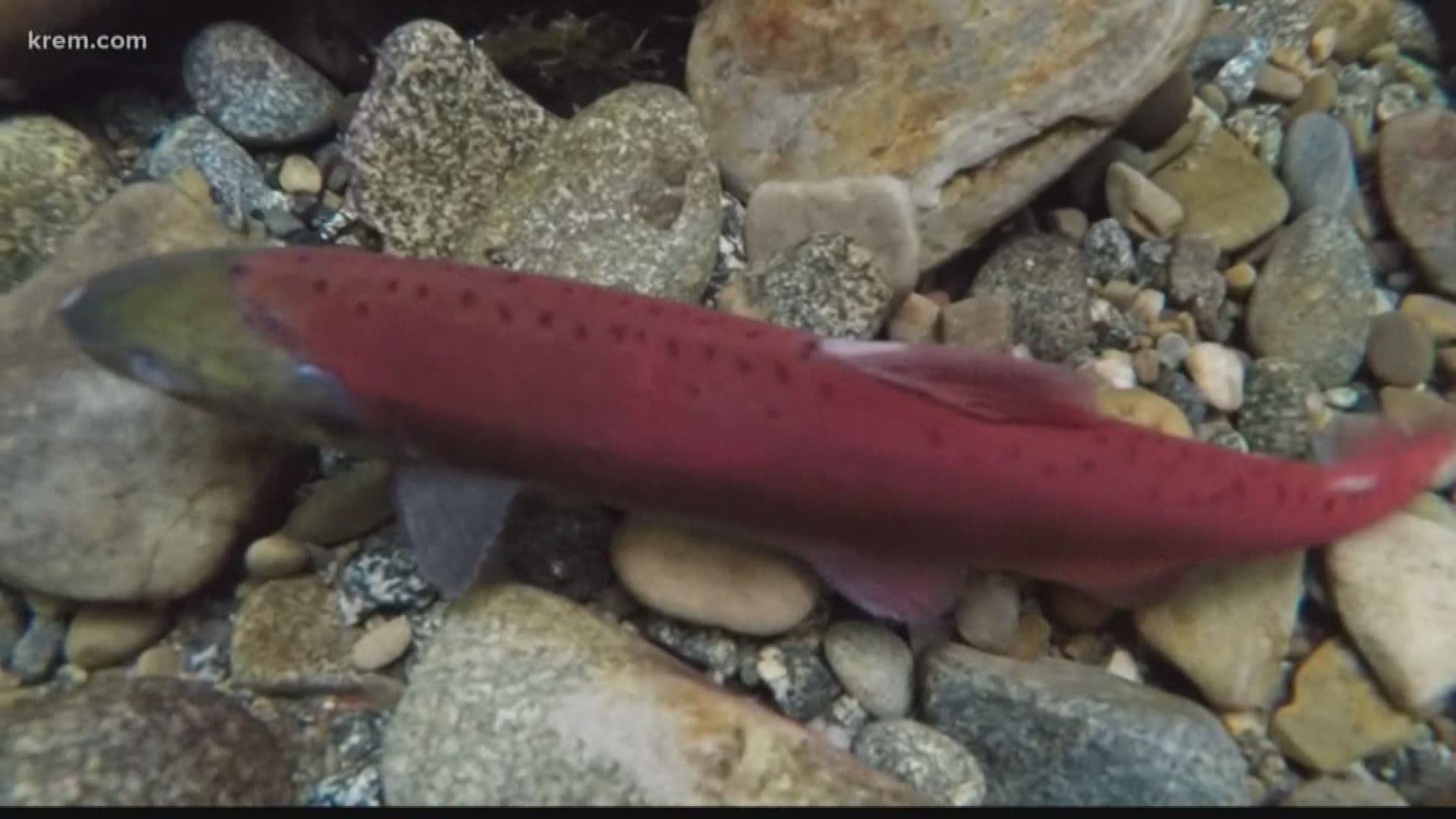 The fish, that normally live in Lake Pend Oreille, are laying their eggs in the rock beds of the streams they are swimming in.

Kokanee aren’t always the bright color they are during spawning. Normally, they are a silver color. But the salmon turn bright pink during the spawning process.

Spawning is exhausting for the fish, so they die after laying their eggs. But what they're doing is an important part of making sure their population stays strong.

The number of kokanee in North Idaho's lake system is up this year compared to others.

That’s one of many facts a group of master naturalists are learning as they observe the Kokanee spawning from the shore. The group of volunteers dedicate their spare time to learning about nature.

“We're stewards of the resource. So if you enjoy wild fish, we want to take care of the habitats — the places where they live, so that we'll have healthy populations,” said Pete Gardner with Idaho Fish and Game.

They do that by making sure every master naturalist has the knowledge they need to teach people about nature, including information about the Kokanee spawning season.