Plumes of glacial flour, powdery sediment found in glacial runoff, was carried from Mount Rainier into Commencement Bay by the Puyallup River. 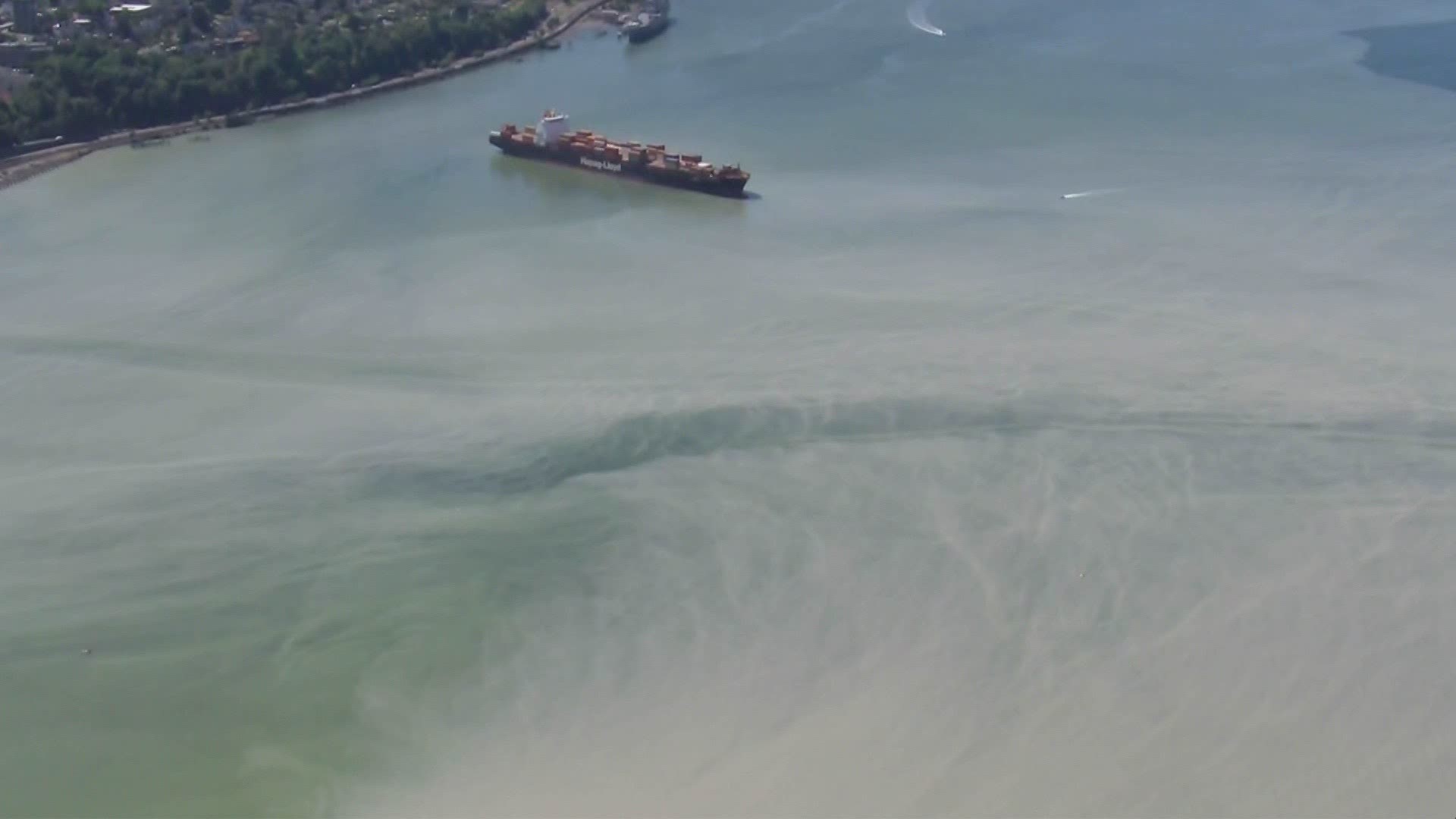 TACOMA, Wash. — The waters of Commencement Bay off the shores of Tacoma continue to be clouded by what is called “glacial flour” after extreme temperatures led to an increase in snowmelt in recent weeks.

Glacial flour is fine sediment produced by the grinding of glaciers on rock as they move across the ground. When glaciers melt, this powdery sediment often ends up reaching rivers and streams, clouding the water and making it appear milky.

Recent visitors to Commencement Bay, along with other parts of Puget Sound, are seeing the effects of this process on the region’s waterways.

The runoff from the melting glaciers and snow melt at Mount Rainier is feeding the Puyallup River with large amounts of the glacial flour, which the river is then carrying all the way to Commencement Bay.

The Washington Department of Ecology released its June report on conditions in the Puget Sound, which included images of glacial flour from the Puyallup River around Commencement Bay and near Maury Island - a surreal sight.

"Once it gets into bay, it forms these two layers: buoyant, fresh water on top of denser sea water that's underneath, and some of those patterns that you see that are quite striking visually from the air," said Skip Albertson, oceanographer with the Dept.of Ecology.

Albertson said the phenomena has happened before, but this was an 'unusual' amount of material sent downstream in a relatively short amount of time, thanks to high snowfall over the winter, and a quick melt in the record heat.

Combined with a dry spring, which meant less rain-fed river water reaching the sound to dilute glacial sediment, and conditions were ripe for the bizarre effect.

"We got a big slug of that water in there, so it was more dramatic maybe than I've seen in the past," Albertson said.

He speculated such an influx of sediment could have some impact on species in the sound.

The powdery sediment disrupting the clarity of Commencement Bay waters is just one of the many effects the region is seeing from the intense heat wave that lasted from late June to early July.

Puget Sound also saw many shellfish die from being exposed to the extreme heat. Not only did this cause a decaying smell to linger on beaches like those at Hood Canal, but it also led to a spike in vibriosis, a foodborne illness caused by eating raw or undercooked shellfish.

As of Monday, the Washington State Department of Health said 91 people died as a result of the heat wave, which broke multiple records for the Puget Sound region including the highest temperature ever recorded, highest lows ever recorded, and most consecutive days of triple-digit temperatures. 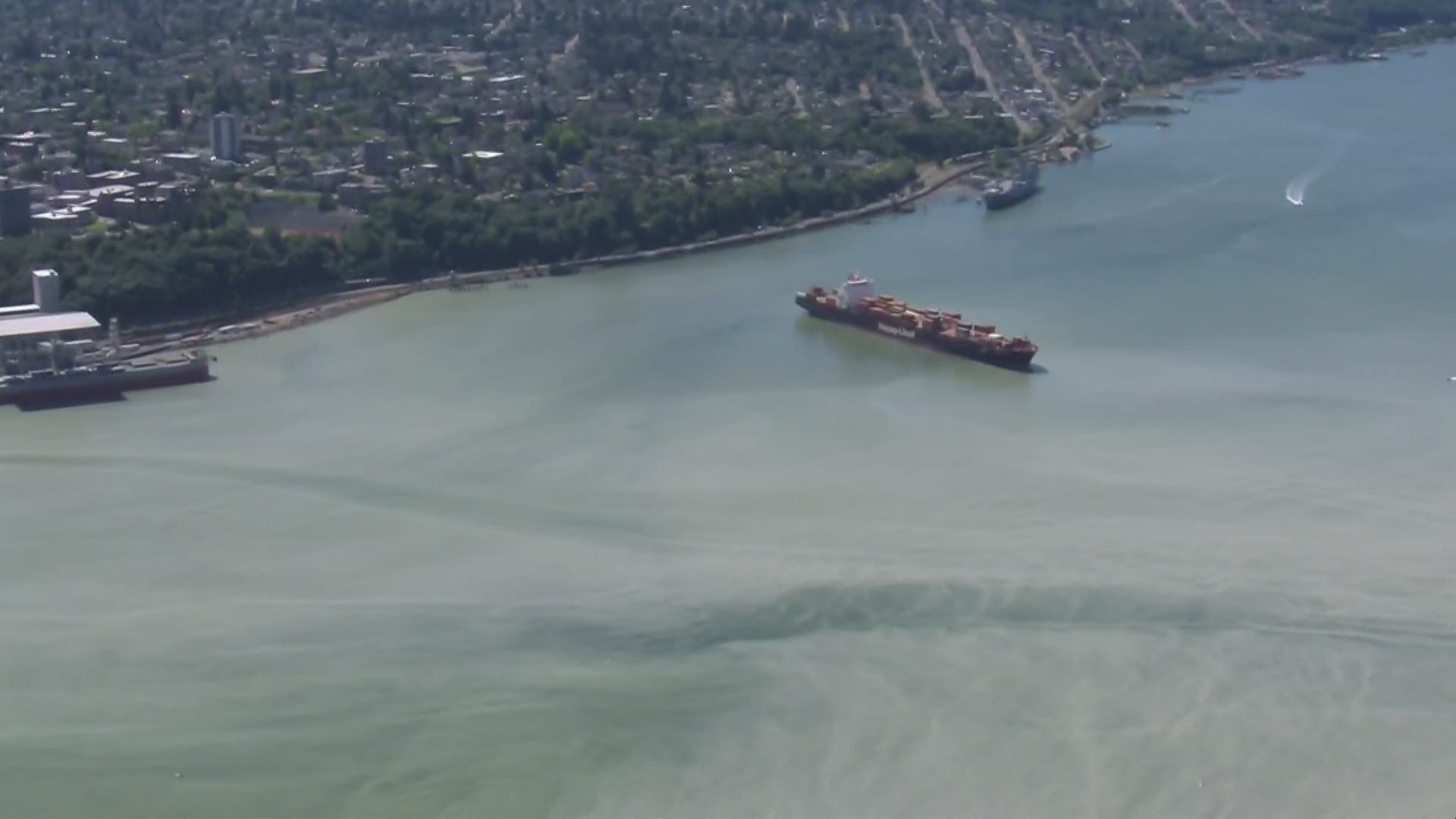