Pushups for PTSD: Why this man has been doing 955 days of pushups and wont stop till year 2035

Each day Richard records himself doing pushups. So far, his record is 400 in one session. 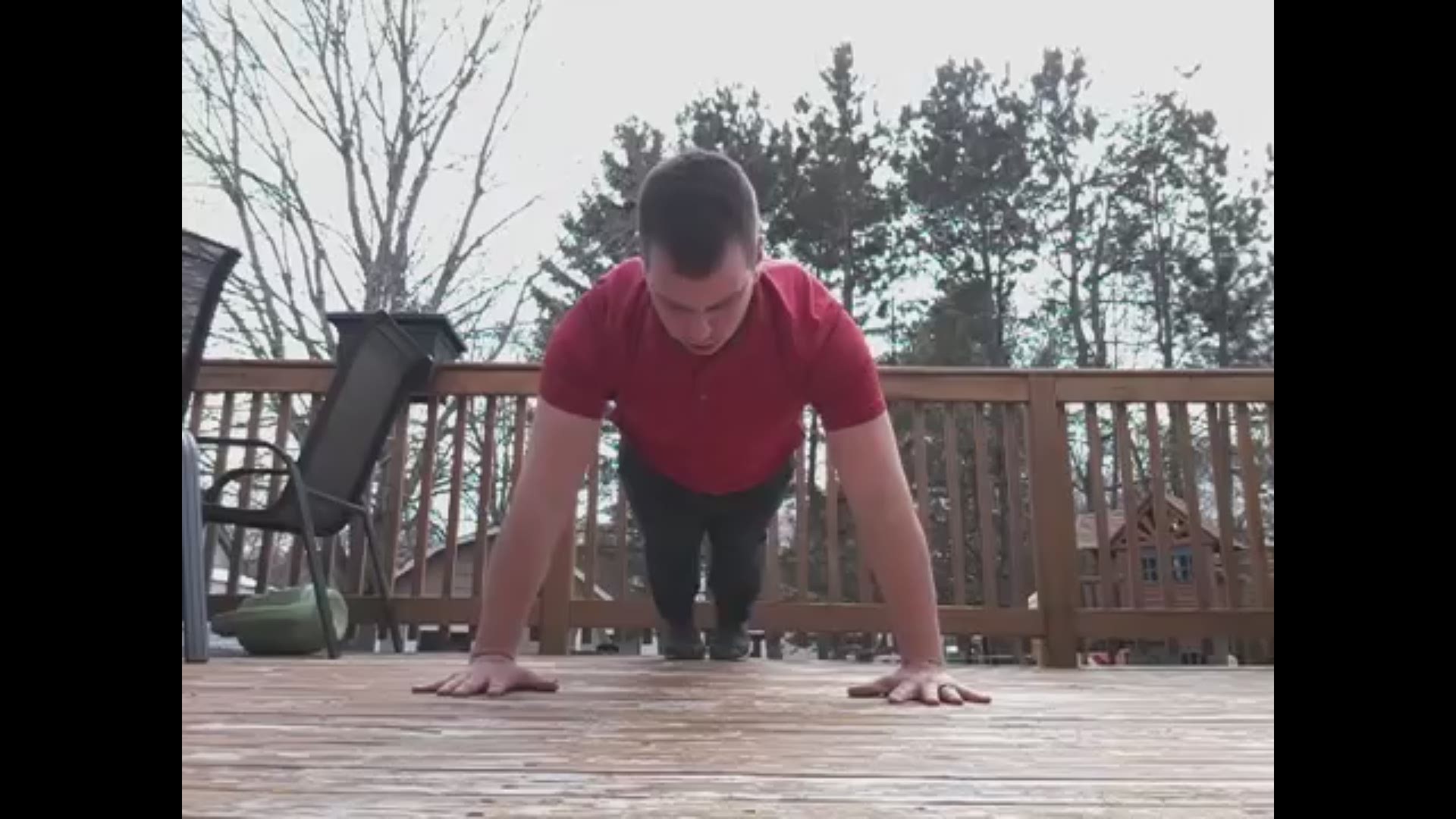 “Daddy, how do you spell tough?” a small voice asks.

Richard Trithardt pauses the interview to answer his daughter’s question.

Coincidentally, tough is the perfect word to describe Trithardt.

In August of 2010 he joined the Canadian Armed Forces and worked his way up to his current position, an Aerospace Control Operator with a subspecialty in Ground Control and Flight Advisory.

Alongside his toughness, Trithardt is compassionate (which is also is tricky to spell).

His compassion for others shined when he was challenged three years ago to the 22 Pushup Challenge. In this viral challenge, friends nominated each other to do 22 pushups in order to promote awareness for veteran suicide prevention. The challenge began after the Veterans’ Administration released a 2012 Suicide Data Report that found an average of 22 veterans die by suicide every day.

Trithardt did the 22 pushups – and then kept on going.

“I re-signed the contract for staying in the military for 25 more years,” said Trithardt. “I decided to [also] make a commitment to do as many pushups as I can every single day.”

The father of three has literally pushed himself to do as many pushups as he physically could for the last 955 days.

Each day he records a video of himself doing the pushups. So far, his record is 400 in one session.

When he posts his video, he also includes a variety of links to resources for those dealing with PTSD and suicide prevention. It’s his way of contributing to his fellow soldiers as well as anyone struggling in life.

“I’m just trying to spread awareness,” said Trithardt. “If people need help, there are people there that support them. They don’t have to suffer in silence.”

But until a few days ago, Trithardt did not have a big audience. To be specific, he had around eight YouTube subscribers.

That didn’t stop him from doing as many pushups as he could each day.

Two days ago, a Reddit user posted one of Trithardt’s YouTube videos with the caption: “This man has been doing pushups for 950 days for suicide awareness and won’t stop until 6901 days (that’s [the year] 2035, mind you). He has barely any views on most of his videos, but he keeps going. Give this man the fame he deserves.”

“I’ve known people with mental illness, worked with people who either have PTSD or know someone with PTSD… it’s all around,” said Trithardt.