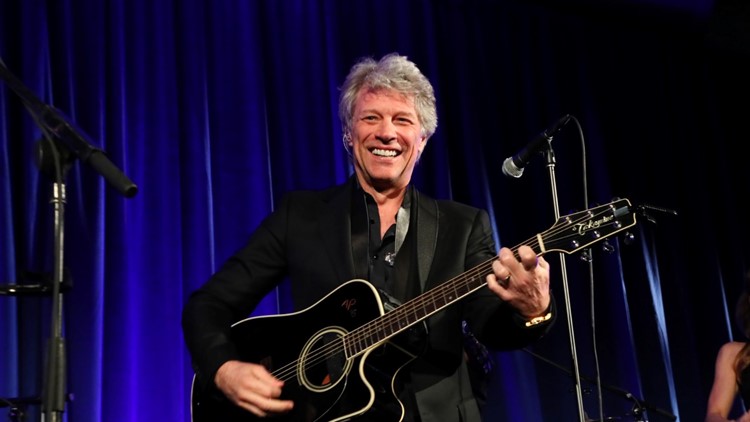 Bon Jovi attended a groundbreaking ceremony at the school on Nov. 22 ahead of the restaurant's scheduled opening on Jan. 22, 2020.

RELATED: 8-year-old has raised more than $50,000 in care packages for homeless veterans

The foundation already has two locations in New Jersey where patrons either make a donation for their meal or settle their tab by volunteering in the kitchen if they are unable to pay.

Those restaurants, located in Red Bank and Toms River New Jersey, have fed nearly 106,000 people, with 46 percent of the meals being meals earned by volunteering and 54 percent paid for by donations, according to the organization.

RELATED: Woman donates breast milk to NICU babies after losing her own son

Patrons are also encouraged to connect with new people during their meal as a way to "meet [their] neighbors."

At the Rutgers location, called "JBJ Soul Kitchen RU-N," guests can pay a minimum donation of $12 or volunteer for a three course meal.

Rutgers and the JBJ Soul Kitchen cited growing rates of food insecurity on college campuses as a motivation behind the new location.

"Recent national studies have found that over 30% of students at four-year institutions experience food insecurity," Rutgers said in a statement.

A 2017 study found even higher rates of food insecurity. It estimated half of all college students at two and four year colleges are food insecure, defined by the U.S. Department of Agriculture as "unable to acquire adequate food...because they had insufficient money and other resources."

HeartThreads are the best stories about the best of us. Want more? Follow us: