It's the farthest the program has ever been in the tournament in school history. 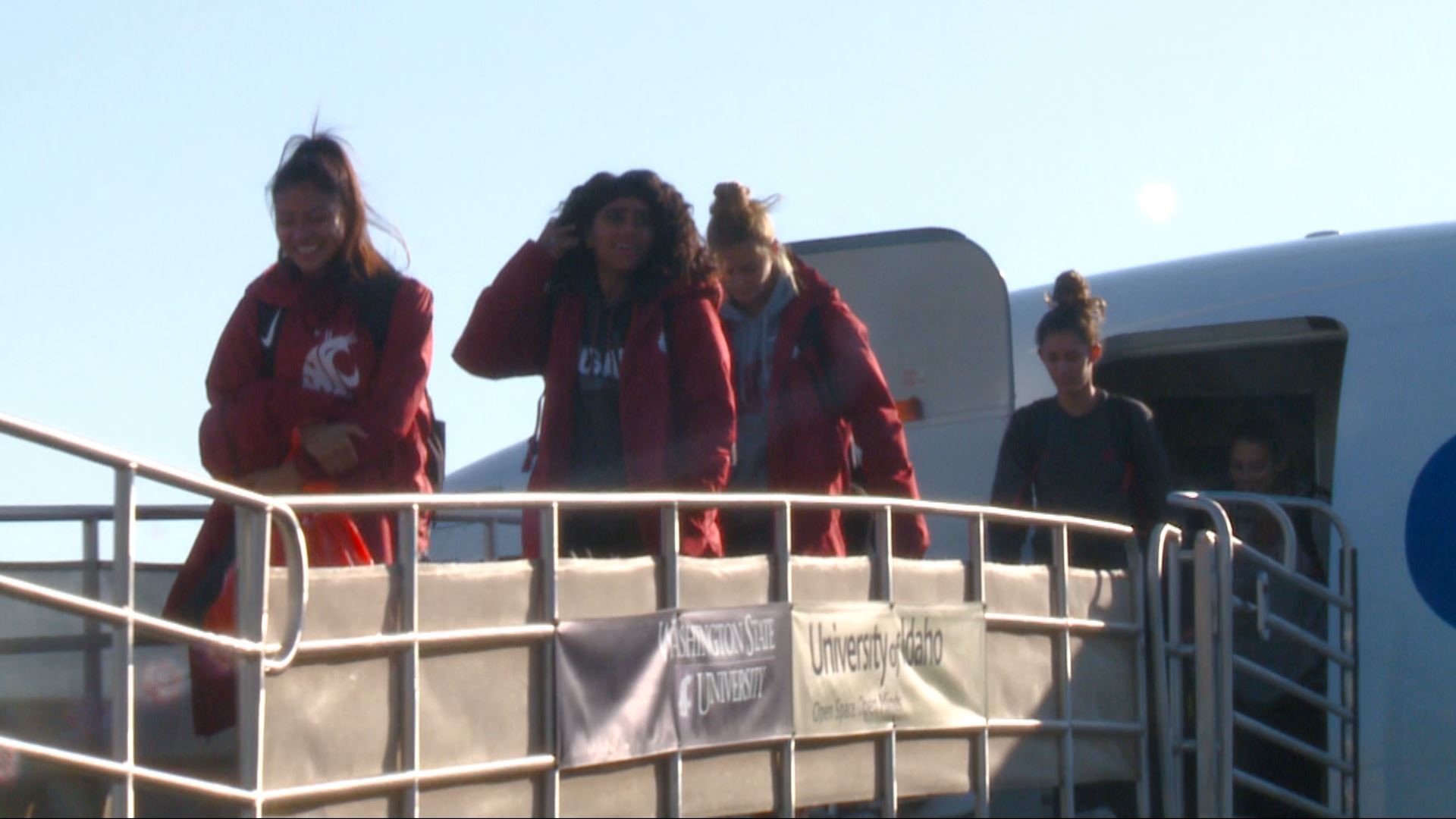 PULLMAN, Wash — The Washington State women's soccer team returned to Pullman on Saturday after advancing to the College Cup semifinals for the first time in program history on Friday.

They were met by several Cougs fans at the airport who held signs and Ol' Crimson flags to welcome them home.

"It's just so amazing that we have such great support even when we are across the country, then we come home and they show us so much love," goalie Ella Dederick said.

Head coach Todd Shulenberger was thrilled so many people came to welcome them home considering the circumstances.

"It's freezing out, there is snow on the ground and it's Thanksgiving weekend," he said. "For them to support our soccer team is amazing."

Defender Mykiaa Minniss said seeing everyone at the airport was her favorite part of this journey to the semifinals.

Washington State has been gone for about two weeks playing on the east coast. In that time, the Cougs pulled off wins against one seed Virginia, West Virginia and two seed South Carolina.

The last win was punctuated with a golden goal sent in by Minniss in overtime.

The Cougs won't be home for too long. They play again this Friday against one seed North Carolina in San Jose, California.

Washington State came into the tournament unseeded. They have shown this team is more than a Cinderella story though.

They made history in the process and have this community inspired to believe that anything is possible.