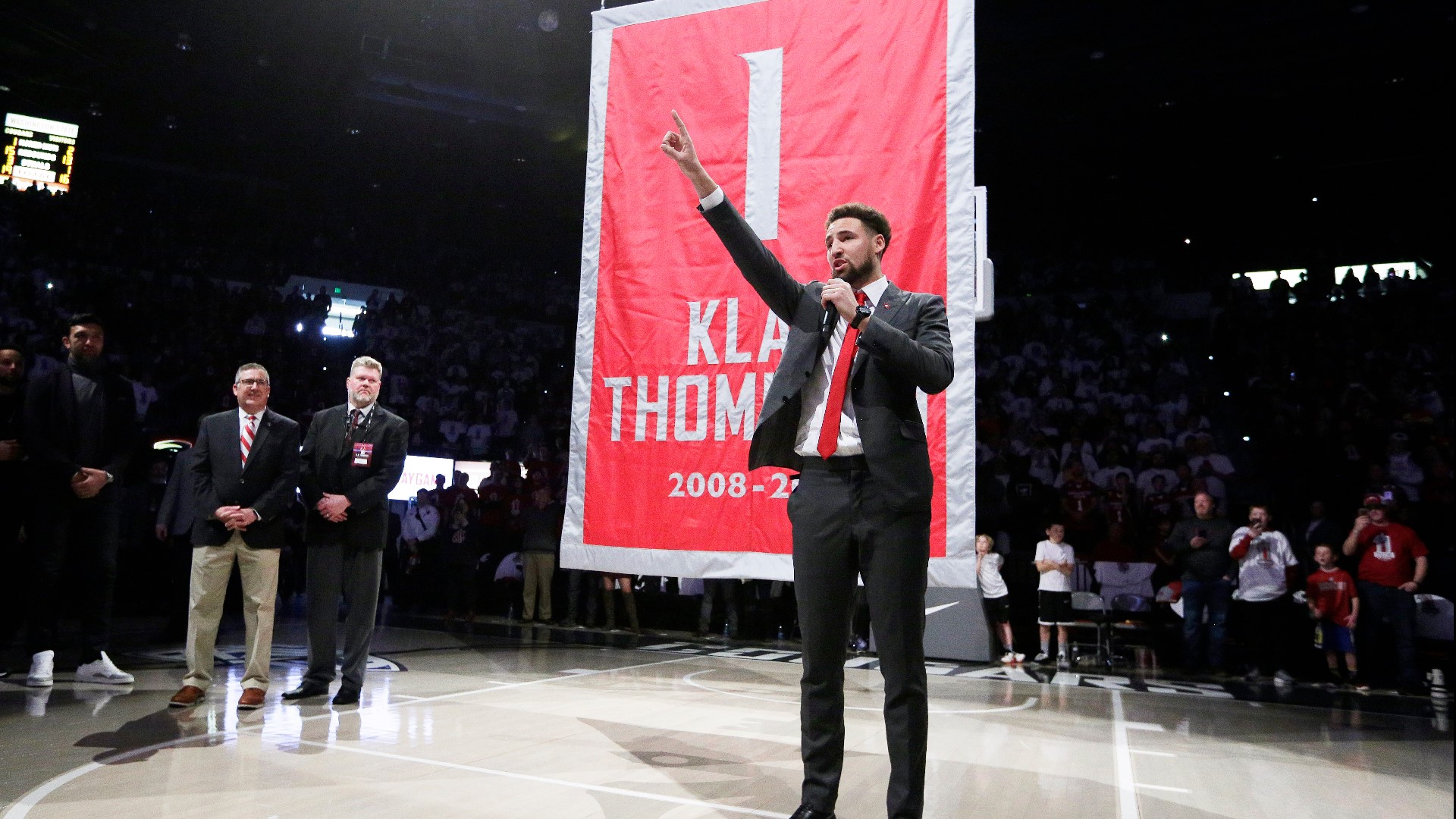 Thompson played at the school from 2009 to 2011 and finished as the third all-time leading scorer in Cougs men's basketball history. He finished on the first team All-Pac-10 teams in 2010 and 2011.

He currently plays for the Golden State Warriors, where he has won three NBA championships. Thompson also won an Olympic gold medal with team USA in 2016.

His number one jersey was lifted into the rafters after an emotional speech during halftime.

"No mater what jersey I put on, hopefully a Warriors one for the rest of my career, I will always be a Coug," Thompson said. "There's nowhere like Pullman."

Thompson was joined by NBA superstar and Warriors teammate Stephen Curry at the game.

The men's basketball team would not take a loss on this special day in the Palouse. WSU was led by Isaac Bonton's 34 points. CJ Elleby added 22 points.

The Cougs play next on January 23rd on the road against Colorado.