The former Washington State guard was hurt coming down from an attempted dunk, which he was fouled on. He dropped 30 points before leaving the game. 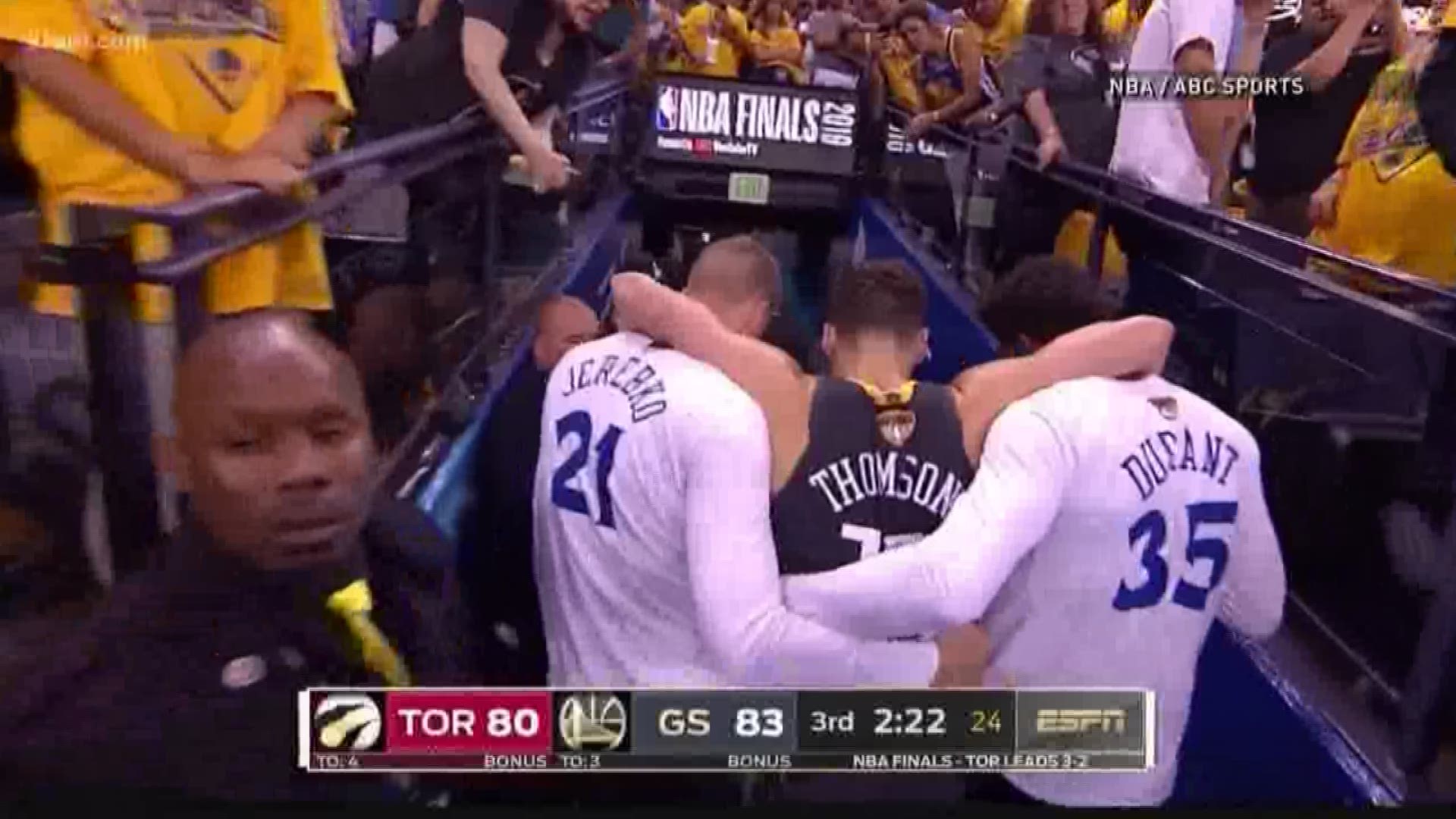 The injury happened when Thompson was fouled by Danny Green on a drive to the basket with 2:22 remaining in the third quarter.

After lying on the floor for for several moments, he was helped off to the locker room.

But something remarkable happened.

Thompson returned to the court to shoot free throws from the foul, garnering thunderous applause from Warriors fans.

Thompson had to shoot the free throws to be allowed to return to the game later. He made both before being taken back to the locker room again.

He did not return to the game and finished with 30 points, the most scored by any player in the game.

"It's just tough in terms of a guy like Klay that left it all out there," Stephen Curry said after the game. "He was playing amazing tonight. And to see a freak play like that where he lands awkwardly. I don't know the diagnosis yet, but you think about the person and the guy and how much he loves to play the game and that's the only thoughts you have. It's really not about what it means in terms of playing basketball. It's just I'm more concerned about him as an individual."

Golden State missed out on a three-peat playing in its fifth straight NBA Finals, having won three of the previous four championships.

The Toronto Raptors won its first title in franchise history.

Now, Durant and Thompson — who both could become free agents — are in for lengthy recoveries.

"When Klay goes down and is out for the game, it's just sort of a, 'You got to be kidding me. Like, this has to stop,'" coach Steve Kerr said. "But it's just the way it's gone. I don't know if it's related to five straight seasons of playing a 100-plus games and just all the wear and tear, but it's devastating."