"We need it": Pelluer brothers disappointed Apple Cup called off, hopes it's rescheduled

The two brothers played on opposite side of the rivalry. Cooper played for the Huskies until 2012. Peyton's final season with the Cougs was in 2018. 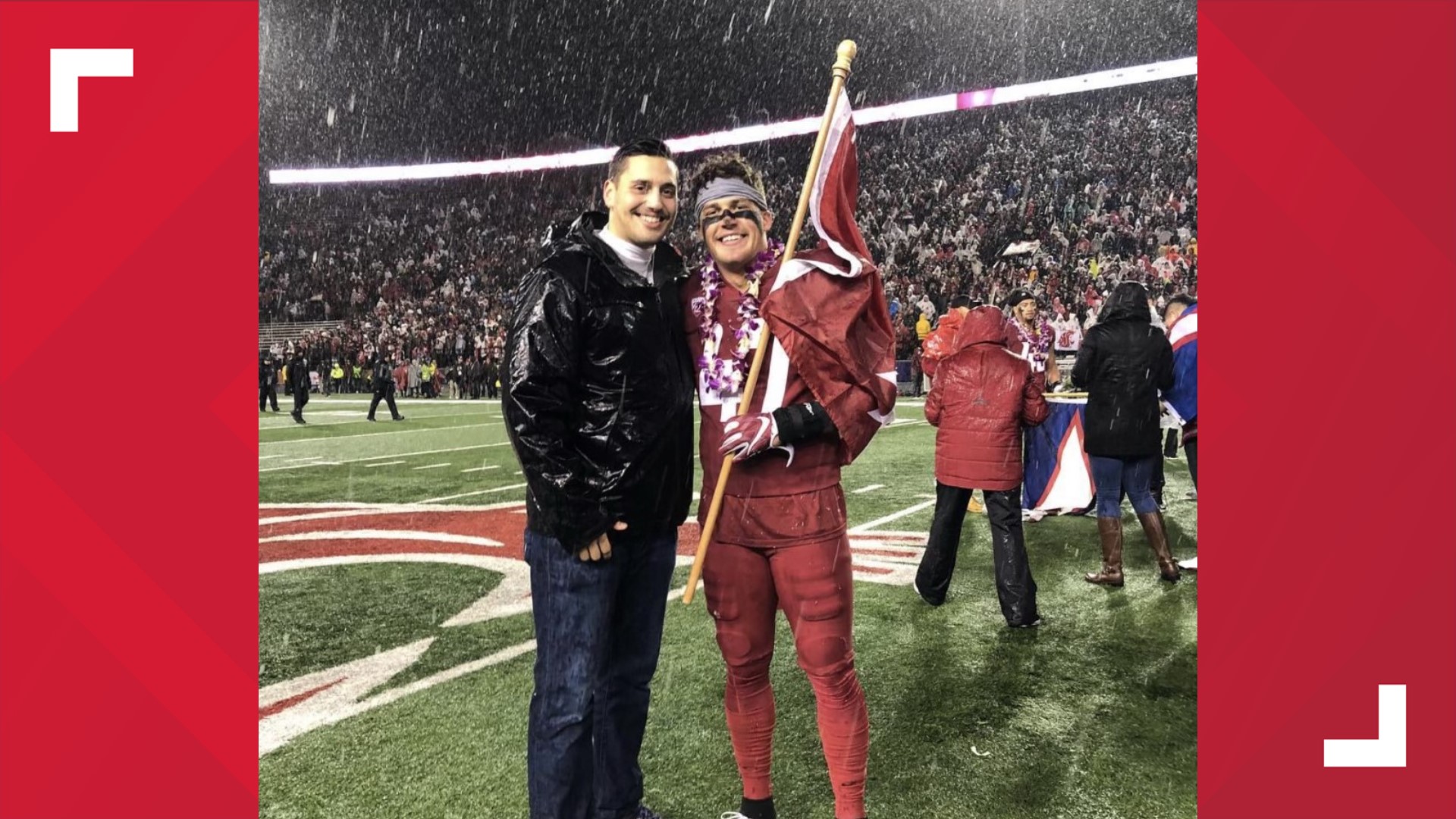 Usually the trash talking among Peyton and Cooper Pelluer on Apple Cup week is in full effect.

The two brothers played on opposite side of the rivalry. Cooper played for the Huskies until 2012. Peyton's final season with the Cougs was in 2018.

"The trash talking is there," Peyton said.

Cooper immediately agreed with that statement.

"It's definitely there," he said.

This year is different as the game was called off.

But not the case this year, as there game was called off. Washington State didn't have enough scholarship players to compete on Friday,

"Thanksgiving and the Apple Cup go hand in hand.each year and it's always such a fun week," Peyton said.

His brother added on to that sentiment.

""Weird to have a Turkey day and then that Friday or the following Saturday have an Apple Cup to look forward to and watch is different," Cooper said.

They hope this game can be rescheduled to later in the season. That could happen if the Huskies don't make the Pac-12 title game. The conference could then reschedule the game to Pac-12 Championship weekend.

The two brothers root for rival teams, but right now they have a common rooting interest.

That's for this game to be played.

"I'm very hopeful, would love to see that," Cooper said.

Peyton added to it with a simple statement,