Brenna Greene and Karthik Venkataraman highlight what the team said before the NCAA Tournament and share heartfelt stories as the Zags prepared for the tournament. 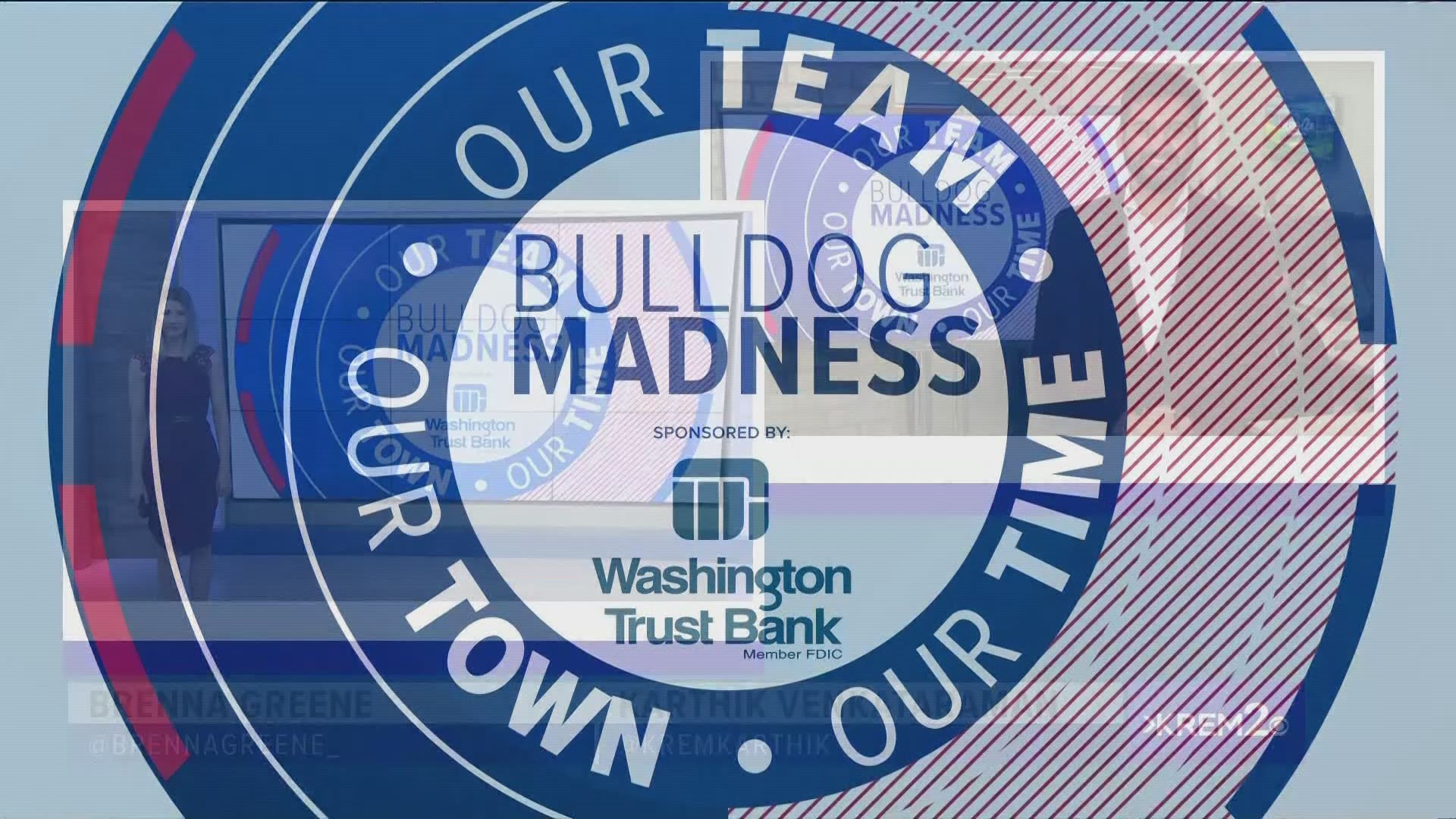 SPOKANE, Wash. — As the Bulldogs prepare for their undefeated title run, relive the most important moments from their pre-tournament press conference. We have also highlighted our three other local teams that made it to the Big Dance. You'll hear from Eastern Washington men's basketball, Gonzaga women's basketball and Washington State women's basketball.

KREM 2 Sports Director Brenna Greene has a touching story on Gonzaga guard Jalen Suggs and the pre-game ritual he does to honor his friend that died. Brenna also talks with the dad of Jalen's friend that passed and what it means to him to have Jalen honor his son before every game.

Sports anchor and journalist Karthik Venkataraman reports on Gonzaga assistant coach Tommy Lloyd and his son Liam who plays for Grand Canyon. Both teams made the tournament. Liam has grown up watching Gonzaga's many NCAA Tournament runs, but now as a freshman in college he embarks on his own journey through the madness.

Karthik also has a story on Gonzaga fans' adopted player Northwestern State's Larry Owens. Owens talks about his friendship with Zags forward Drew Timme and how that helped him get through recent tragedy.

I spoke with Gonzaga assistant coach Tommy Lloyd and son Liam, who now plays for Grand Canyon. Both their teams made the tournament.

They say they've been keeping in touch in Indianapolis... but Tommy did low key roast his son in a playful way. Story coming later. pic.twitter.com/sKlJTh0S6U