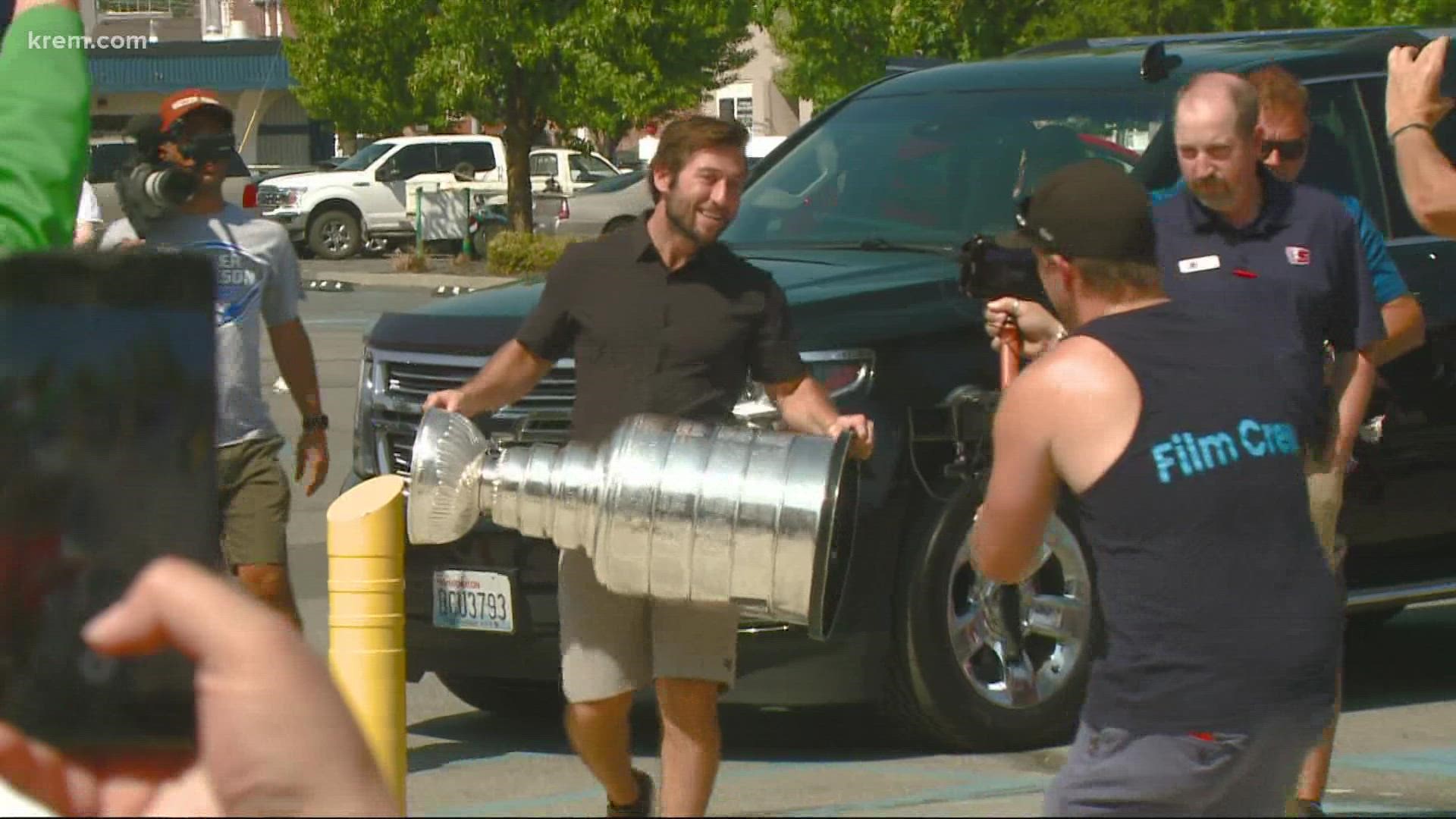 "For me to be able to bring it back in front of everyone who supported me this entire time is a dream come true," Johnson said.

Incredible moment. @tjohnny09 presenting the @StanleyCup to his hometown. Wait till the end. pic.twitter.com/Qigq2p8xbk

Johnson is a former Spokane Chief and two-time NHL Champion. He won the Stanley Cup Final for the second year in a row with the Tampa Bay Lightning on July 7. However, he wasn't able to bring the trophy home last time, so it made this time that much more special.

"We had to make sure we won it again to get that opportunity," he said. "We had a great team and it was a lot of fun."

Johnson also took the Cup to the Spokane Fire Department Station 4 in downtown to do something memorable for those serving the community.

The Lightning topped the Montreal Canadiens with a 1-0 win in Game 5 to take the series 4-1. Johnson scored two goals in this series. Both came in Game 3, which the Lightning won 6-3. Johnson was a Central Valley graduate and a player for the Spokane Chiefs between 2007-2011.

🏆 | The #StanleyCup is coming to #Spokane!

Two-time @NHL champion @tjohnny09 will bring the Cup to @SpokaneArena on Thursday, July 29.

A few days ago, reports broke that Johnson will not be back with the Lightning next season. He was traded to the Chicago Blackhawks.

The Spokane native played all nine of his pro seasons with Tampa Bay, so there will be some change for him there, but he's excited.

"It's one of the teams that I really wanted to go to and it's going to be awesome," he said.