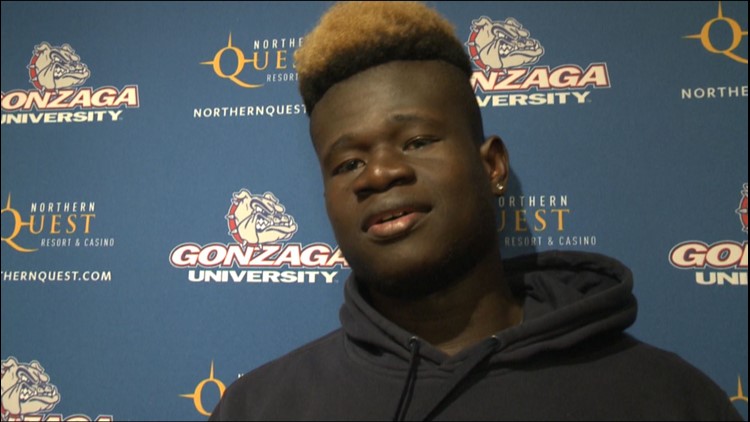 Here are the top three plays of the semifinals from those guys.

Suggs came up with a a steal and then whipped a nice outlet pass down court for an easy dunk against Lithuania.

The 2020 Zags prospect has also been recruited to play as a college football quarterback.

Suggs had 15 points, 4 rebounds and 2 assists in the win. The United States play in the title game on Sunday against Mali.

NO. 2: AYAYI SWATS AWAY LAYUP ATTEMPT

Ayayi tracks down this layup and says you shall not score sir.

He scored a lot coming into this semifinal matchup, but only put up 8 points in the semifinals. Ayayi and France lost to Mali and will play in the third place game on Sunday against Arlauskas and  Lithuania.

If you skip ahead to 1:06 in the tweet above, you'll see Oumar Ballo blocking his future teammate and friend Joel Ayayi.

When Ballo came for his Gonzaga recruiting visit, Ayayi was his roommate. They bonded over how they both speak French.

Ballo did his friend dirty here. He had 17 points, 11 rebounds and 4 blocks in the win.

He has led Mali to an unexpected run in this tournament to set up a game with USA for the title on Sunday.