'It's my kid': Timberlake softball coach gave kidney to daughter who plays on the team

Assistant coach Jenny Whaley and daughter Casey Whaley have a special bond on the field. Getting to this point wasn't easy but Casey's perseverance shined through. 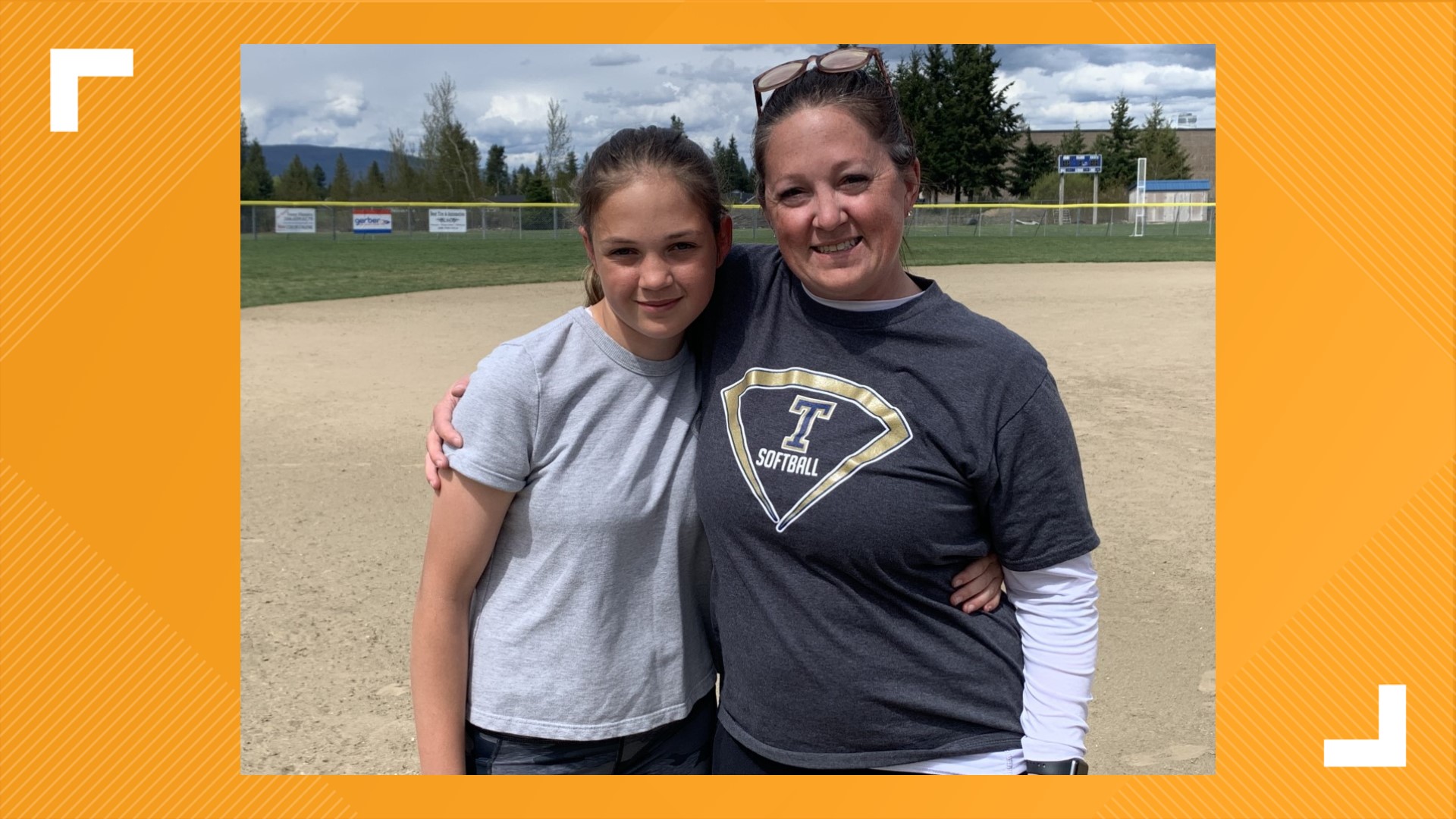 SPIRIT LAKE, Idaho — Jenny Whaley and her daughter Casey Whaley are a part of the Timberlake High School softball team.

The mother is an assistant coach. The daughter is in her first year at the school and plays a couple of positions.

"Having her do it as well has made it all the more special," Jenny said. "It's kind of a me and her thing."

What happened off the field to get to this point is a story of special perseverance.

In 2019, Casey wasn't feeling well. Doctors initially diagnosed her issues as heat strokes but after tests they found out it was far more severe.

"They sent us to Sacred Heart," Jenny said. "We found out she was in kidney failure. They airlifted us and sent us immediately to Seattle Children's hospital."

Casey needed a kidney transplant, but her strength and perseverance never wavered.

"Nothing can stop me from playing the sports I love," she said.

Without the procedure, it would have been a lot more difficult for Casey to play sports. People from the Spirit Lake community offered help and even offered their own kidneys for Casey. When it came down to it though, Jenny knew who would go through the procedure.

She was a match for Casey's kidney. It was a mother's true love on display without a second doubt.

There were no complications during the procedure.

"It was a huge relief because I didn't have to have a tube sticking out of me all the time or have to be hooked up to a machine," Casey said.

Casey said there was no other option but to return. Her mom said even during her dialysis she asked doctors if she could play again.

"I feel like if I didn't have sports I wouldn't be able to do anything," Casey said.

Without this transplant, Casey's life would have been far more difficult. Instead, this mother and daughter bond on the field continues normally.

"I feel like nothing can stop me," she said.