The schools had made the trip down the highway and across a time zone to compete against one another. But teaming up? That was new. 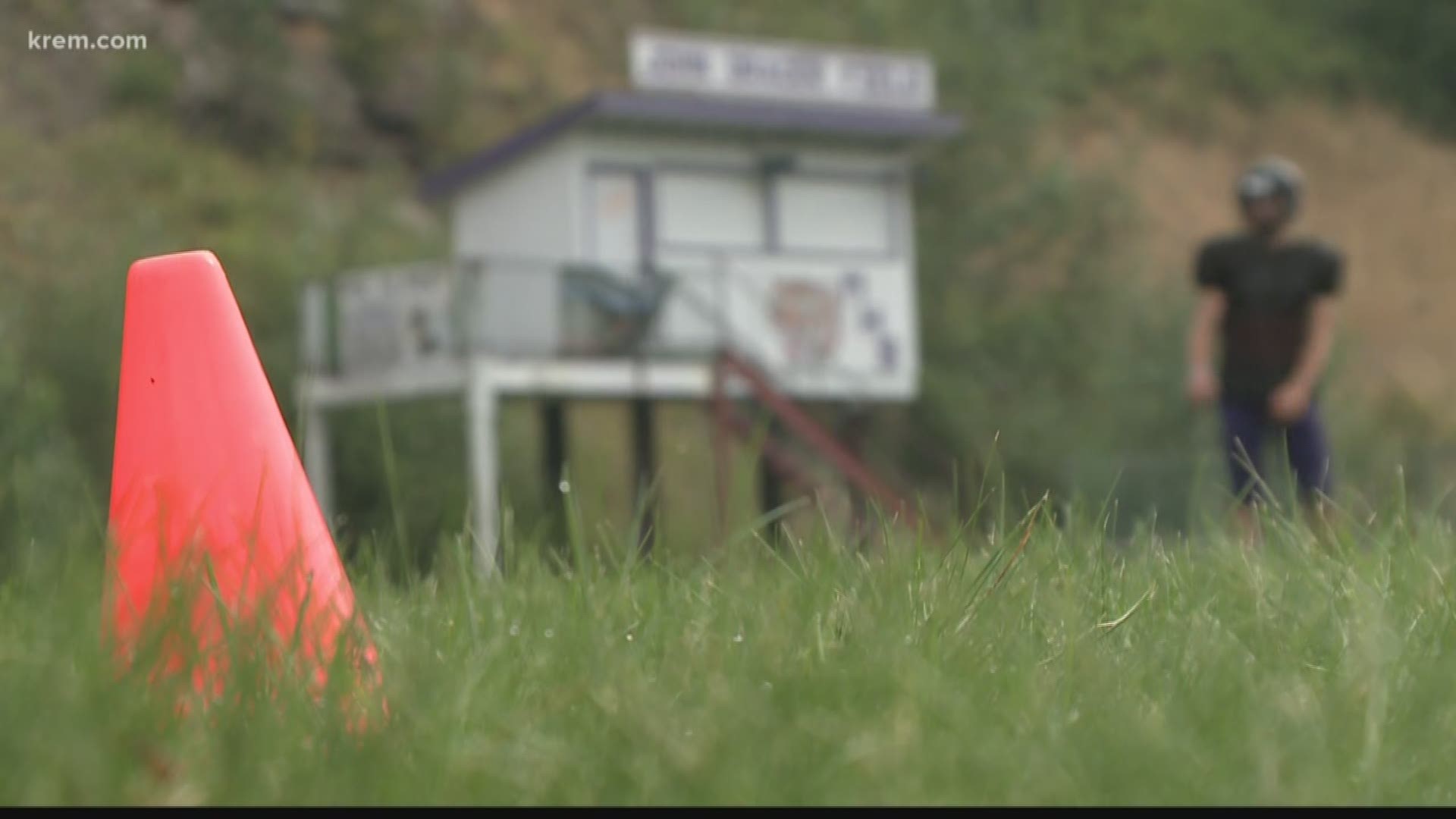 At one point, not long ago, this seemed like a long shot.

"Hey dude, I know you're hurting we're hurting, what does this look like for you?" Jesse Allen said.

"I just kind of laughed it off. This is one of those emails that might as well have been sent to the spam folder," Sponner thought. "This isn't going to work."

Like any Hail Mary, this was an act of desperation.

"Nothing was tougher for me than to tell these guys they didn't have a season last year," Allen said.

On one side there was a group who forfeited the last three games of their 2017 season, after off field trouble left them without enough players to play six-man football.

"We know how it feels to have something you love taken away from you," Ian Farris said.

Things didn't go much better on the other side. An eight-man squad with just enough bodies to make it one week to the next.

"If one of us gets hurt it's a no go," Joe Morris explained.

The result was one win, and a whole lot of Fridays where the scoreboard painted a grim picture.

That's why Jesse Allen came up with his idea to join two struggling programs, from two towns separated by 39 miles, a mountain pass, and a state line. Mullan, Idaho and St. Regis, Montana.

The schools had made the trip down the highway and across a time zone to compete against one another. But teaming up? That was new.

"To think we play with them now is awesome," Mullan junior Chandler Holling said.

And it was the only choice. Neither program had any other options on their own side of the border.

Fortunately what they did have was the support needed to make their partnership happen. Stetson Spooner's fear of his Mullan team hitting road blocks on the way to a Montana merger never came to fruition.

By the spring both state's high school athletic associations had signed off on the co-op.

The enthusiasm was there, and the chemistry wasn't far behind. After navigating a few awkward moments at the start of a team camp in June, the two groups quickly gelled.

"That was the day I was like I'm gonna love this season," Farris - a St. Regis junior added.

Even if it requires some long days.

With St. Regis joining the larger Mullan squad to play an Idaho schedule, Allen and his three players are the ones getting used to that 45-minute drive between schools and states.

"It does stink the ride home just because you know you're getting home an hour later," Allen said. "But to be honest these kids are having fun in the truck they're goofing around and to me that's an experience for them."

"I think the world of those three guys," Sponner said. "That's a lot to ask for kids."

"I'll drive another 100 miles or 50 miles if that's what (it takes for) these guys get an opportunity to play football, so the reward is worth it," Allen explained.

"I see zero negatives," Spooner said. "Even the St. Regis kids being in Coach Allen's truck over the hill every day, that's a small price to pay for what I think this team could be."

It had been a while since either half of the alliance felt this kind of optimism.

"Both these schools sick of dealing with the same exact thing," Spooner said. "It's always the same excuse man we don't have numbers."

They do this year. But that alone isn't cause for their renewed hope. No it's not just about the number of players on the roster, but rather the amount of potential on the team.

"I think we have a shot at state this year honestly," Holling added.

And that would be a big change for two communities.

"I know what the St. Regis culture and life has been and St. Regis needs something good to happen," Farris explained. "This is great for St. Regis, great for Mullan."

"I just think they're looking for something to rally behind," Allen said. "And that's kind of our challenge to these young guys - be that beacon of light for these communities. Let's see green and purple and black and yellow and everything else on these sidelines."

Their similarities were enough to connect the schools and towns and states over that windy highway. Including one more obvious connection, which made Mullan and St. Regis a natural fit.

"It did help that both mascots were the Tigers to start with," Spooner said. "That weirdly sounds little but that made a lot of things easy."