'The timing for this could not be worse': Pacific Northwest Qualifier at risk if Spokane falls back to Phase 2

The largest volleyball tournament of the year could be paused or cancelled if Spokane moves back to Phase 2 of reopening, with millions of dollars at stake. 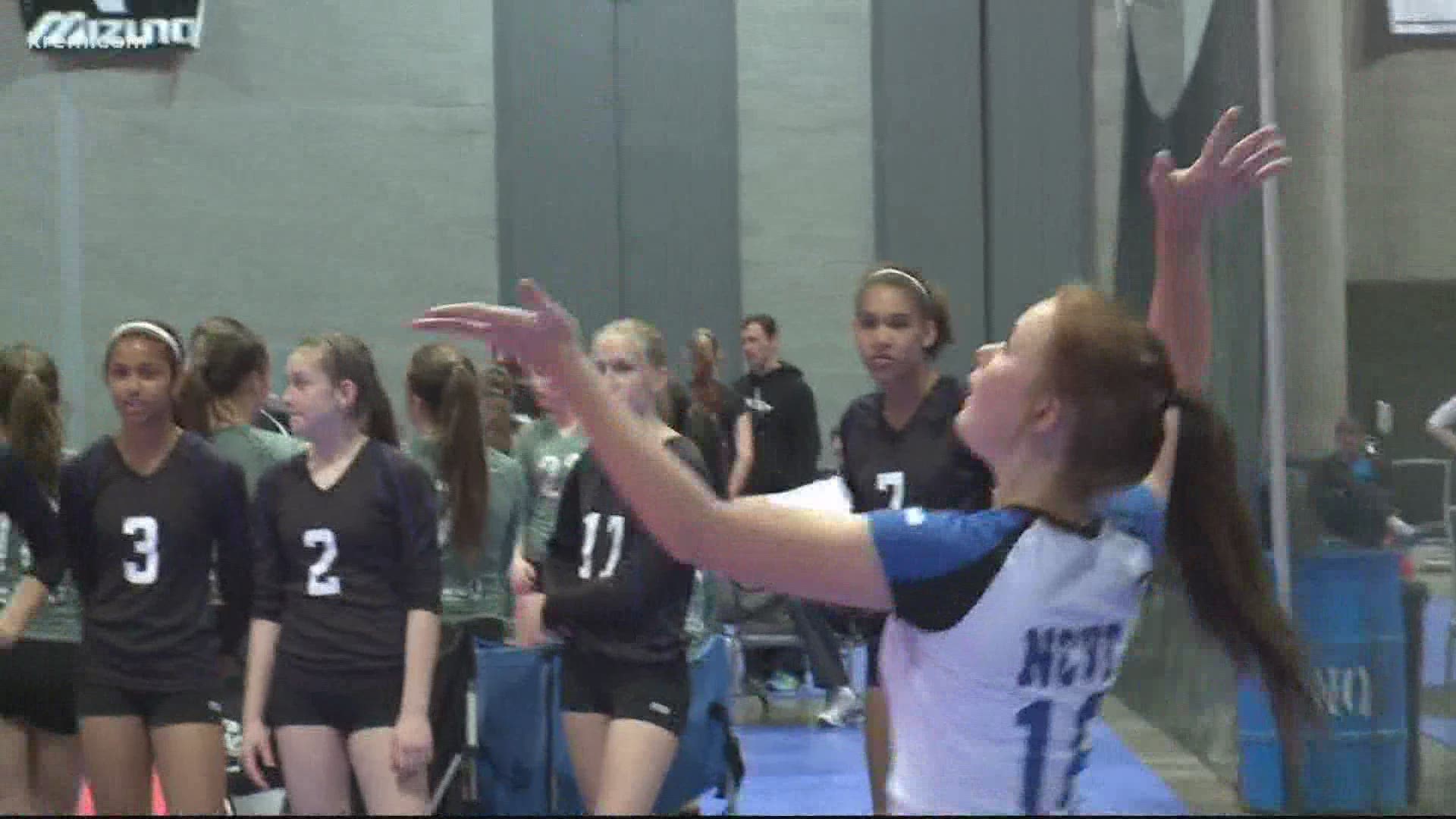 SPOKANE, Wash. — The largest annual sporting event in Spokane could once again be at risk this May if Spokane County is forced to move backward into Phase 2 of Washington's statewide reopening plan.

The Pacific Northwest Qualifier volleyball tournament represents the largest event of it's kind each year for Spokane, with hundreds of teams and thousands of people flocking to the Inland Northwest from across the country.

As recently as 2019, Visit Spokane reported the event draws about $12 million in revenue to the area.

But according to the restrictions of Washington state's Phase 2, volleyball tournaments are not allowed.

And after a tumultuous year of local volleyball players overcoming adversity, Michele Oty with Club South Volleyball calls the potential loss of the tournament a true heart-breaker.

"With the limitations of only so many players on a court at a time, and these kids being masked here in Washington the whole time, the PNQ was like their final hurrah," Oty said. "It's very devastating."

But Oty says the devastation goes well beyond any financial impact for the city and the county; she has already seen local volleyball players losing their love of the sport altogether.

"It's been rough. I mean emotionally, mentally, to the point where I think even some of our athletes have kind of lost the touch and the love of the game, because of so many frustrations across the board," Oty said.

April Stark and her family put the tournament together each year, and April issued a statement to KREM 2 ahead of the possibility of a county-wide rollback:

"If PNQ doesn’t happen this year, it will be devastating to not only our non-profit organization, but our community and the families that will not get to participate. The timing for this could not be worse. Spokane, Coeur d’Alene, the West Plains, and Spokane Valley businesses and hotels will again feel the blow of not hosting this event for the second year in a row. Our hopes were that, by moving the event to May from March, we would be “through” the worst of the COVID pandemic and be on our way back to normal. With this new information and data maybe forcing us back to Phase 2, it is very frustrating. I know our local health district is working to make more tests available and push vaccinations, so hopefully that will make a difference. We’ve sent different proposals/ideas to the governor’s office, along with other groups that represent a multitude of youth sports, so our hopes are that there may be some updates to those youth sports guidelines from our proposals. And if so, hopefully that would still allow us to host the event. We will have several safety protocols in place and have taken most of these practices from other Qualifiers across the United States who have successfully and safely run their events. I think that’s the hardest part—seeing other tournaments 5 times as large as us being allowed to take place, and it’s frustrating. Last year, only 1 of the Qualifiers was able to run before everything was shut down for COVID. This year, every other Qualifier has been back…except us. We already had to cancel our 18’s division in March. It will truly break my heart if it happens to us again in May."