Carson was diagnosed with Williams Syndrome. He has overcome adversity and inspired people every day, just like he did with his performance on Tuesday night. 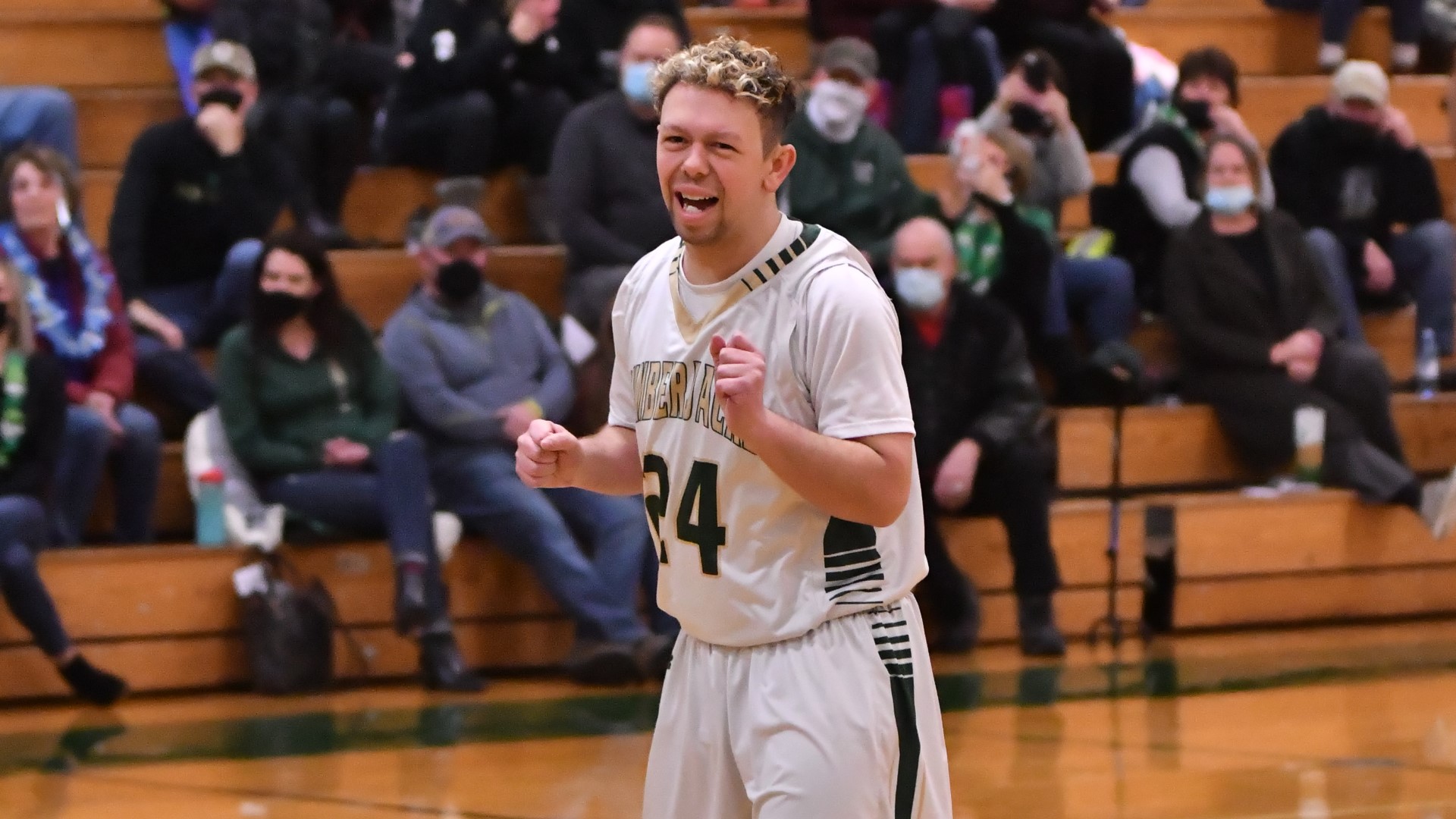 ST MARIES, Idaho — It was an emotionally charged arena for Senior Night at St. Maries High School on Tuesday.

The crowd was buzzing as senior Carson Wicks made his first start ever for the Lumberjacks.

It was an awesome moment for Wicks, who was diagnosed with Williams Syndrome at two months old. He has overcome adversity and always finds a way to be happy. A lot of happiness comes from playing his favorite sport of basketball and putting in all the effort he has for St. Maries.

"My team means a lot to me," Wicks said.

His positivity and dedication have touched the hearts of the community and the team.

"He inspires us to be great every day," head coach Bryan Chase said.

That's why Tuesday night, it meant so much to Wicks to start in his final home game. How much did it mean to him?

The Lumberjacks and their opponents Genesis Prep agreed that Wicks should get to score the opening bucket of the game.

St. Maries won the tip-off. The team whipped two passes, the second inside to Wicks. It happened as smooth and picture perfect as it could have gone, as Wicks scored a layup.

The crowd gave him a standing ovation. That would just be the start of something spectacular though.

In the fourth quarter, Wicks was put back into the game. He scored one bucket and the crowd went wild.

He then scored another bucket. The crowd noise grew louder.

Wicks scored one more time right before the final buzzer sounded. As the fans cheered him on, Wicks gave out high fives and fist bumps to his teammates and coaches.

He then went to halfcourt with his hands raised high. It was a moment of triumph. Wicks finished with a career high eight points in his final home game. He waved his arms up and down to pump up the crowd even more.

It was Wicks' moment.

"It felt really good," he said.