As the Shock prepare for their season, their quarterback is just 1,022 yards away from etching his name atop the all-time passing yards rankings in the league. 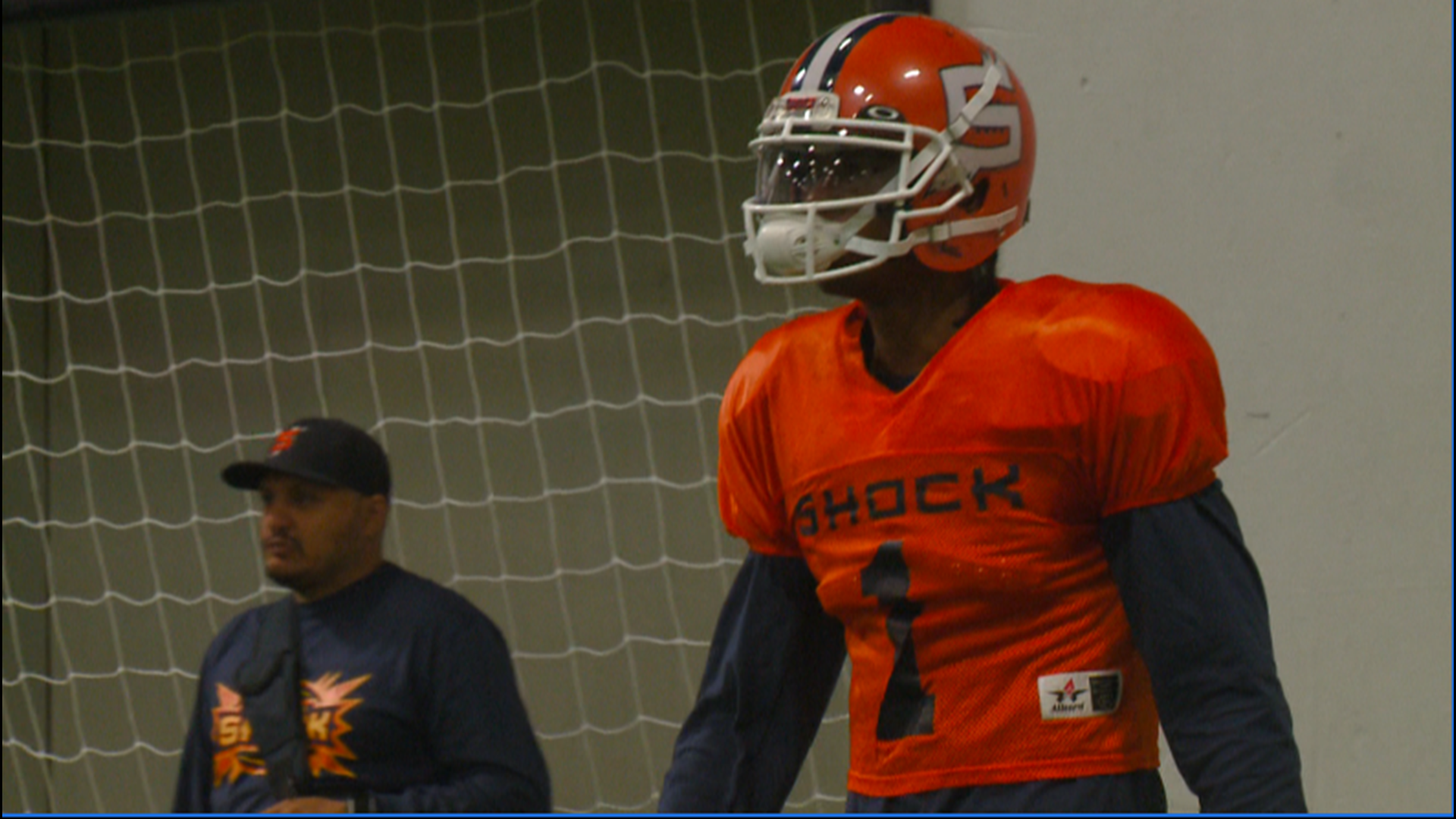 SPOKANE, Wash. — The Spokane Shock's return to the Indoor Football League will be led by a legend.

"It would mean the whole world to me," he said. "You work your whole life to be great, or be great at something and it's right in front of you for grabs."

It will probably happen in the first four or five games of the season. He know what his reaction will be.

At this point in his career though, it's been there done that.

"I'll take ie if they give it to me. My goal is to get the ring," he said. "If we get the ring, everyone else can have the accolades, I'll ride off into the sunset with the championship."

McCullum has never won an IFL title. So along with his passing record, this is another goal of his.

He feels this team is loaded with talent and he's putting the Indoor Football League on notice right now.

"If you ever come to Spokane, you have to want to beat the Spokane Shock," he said. "If not, sorry for ya."

McCullum said he's excited to play in a city that's known for winning and loves winning.

That's why he really wants to be a part of a championship team in Spokane.

The Shock have their first game at home against the Frisco Fighters on May 15. KREM’s sister station, KSKN CW22 Television, will broadcast the Spokane Shock’s home games during the 2021 season.