McKinney's knock out of Matt Frevola was the fourth fastest in UFC history and the fastest in the lightweight division. 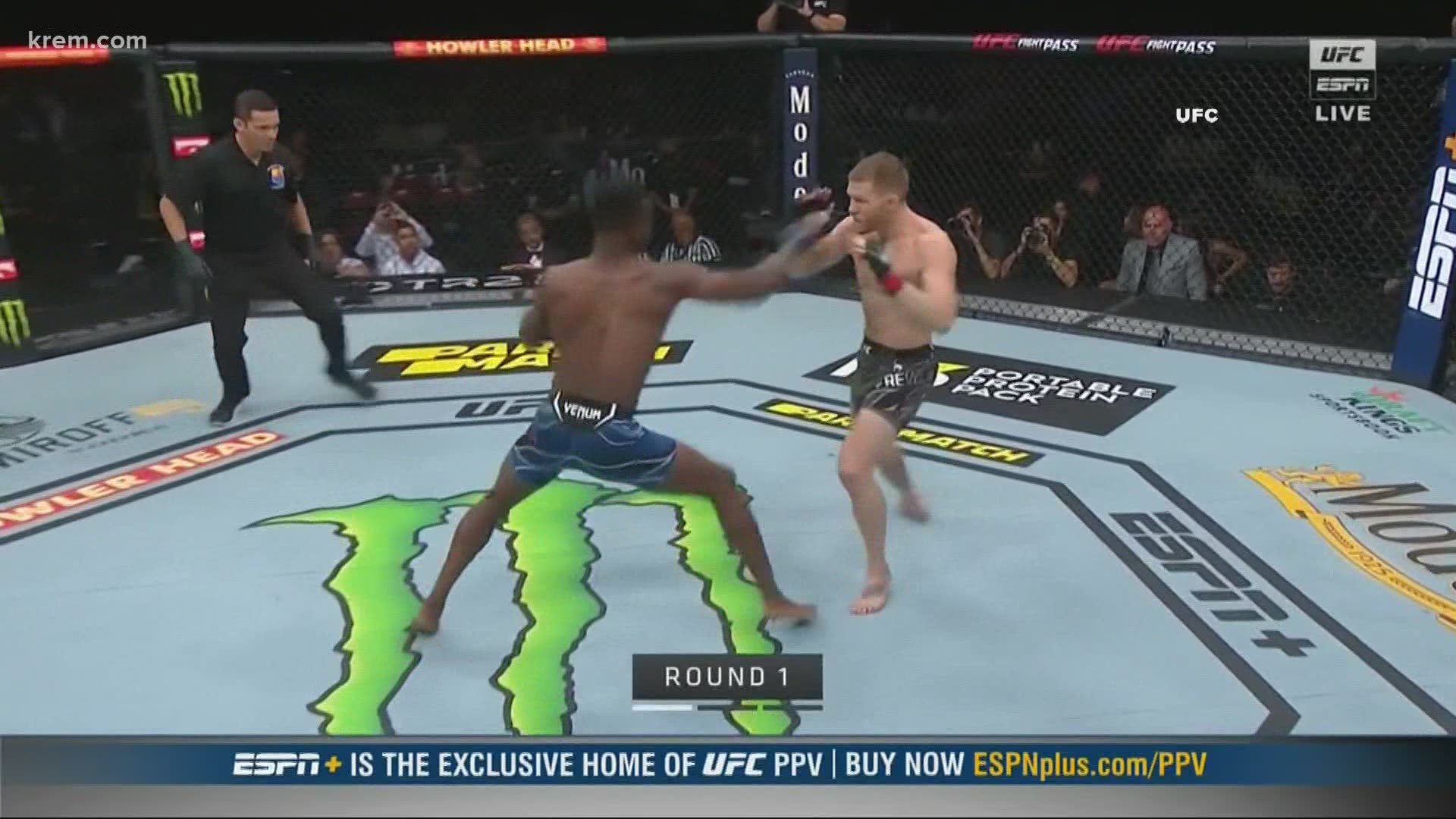 It was the fourth fastest knockout in UFC history. It was the fastest in the lightweight division. He came out with two punches right after the other before jumping on Frevola, landing more punches and ended the fight.

The bout was a lightweight find on the preliminary card.

McKinney only got to fight in this bout because Frevola's prior opponent was in a car accident and couldn't compete. After fighting just last week, McKinney packed his bags and quickly left for this right.

"As soon as the UFC called I've been dreaming about this for so long," he said. "I'd take a full camp, two days notice, short notice I've been wanting this so bad."

The Spokane native has a back story of overcoming adversity. He overcame drug addiction to get where he is at today. For that's he's thankful and shared some heartfelt words after the fight to those also struggling with addiction.

"You gotta love yourself and trust in your family because they want the best for you," he said.

McKinney's dad posted a lengthy message in the "I love Spokane because..." Facebook page sharing how proud he is of the UFC fighter.

"5 years ago he overdosed and died twice in one night, and last night he made UFC history," Tony Jones says. "I'm so proud of this kid, and his mother (my wife, Kitara Johnson) has done so much in and for this community that it's absolutely amazing that Terrance is now in a position to do the same!"