"It was crazy. It was something he’s been waiting for for a long time," said his mom, Julie, filled with emotion about the opportunity. 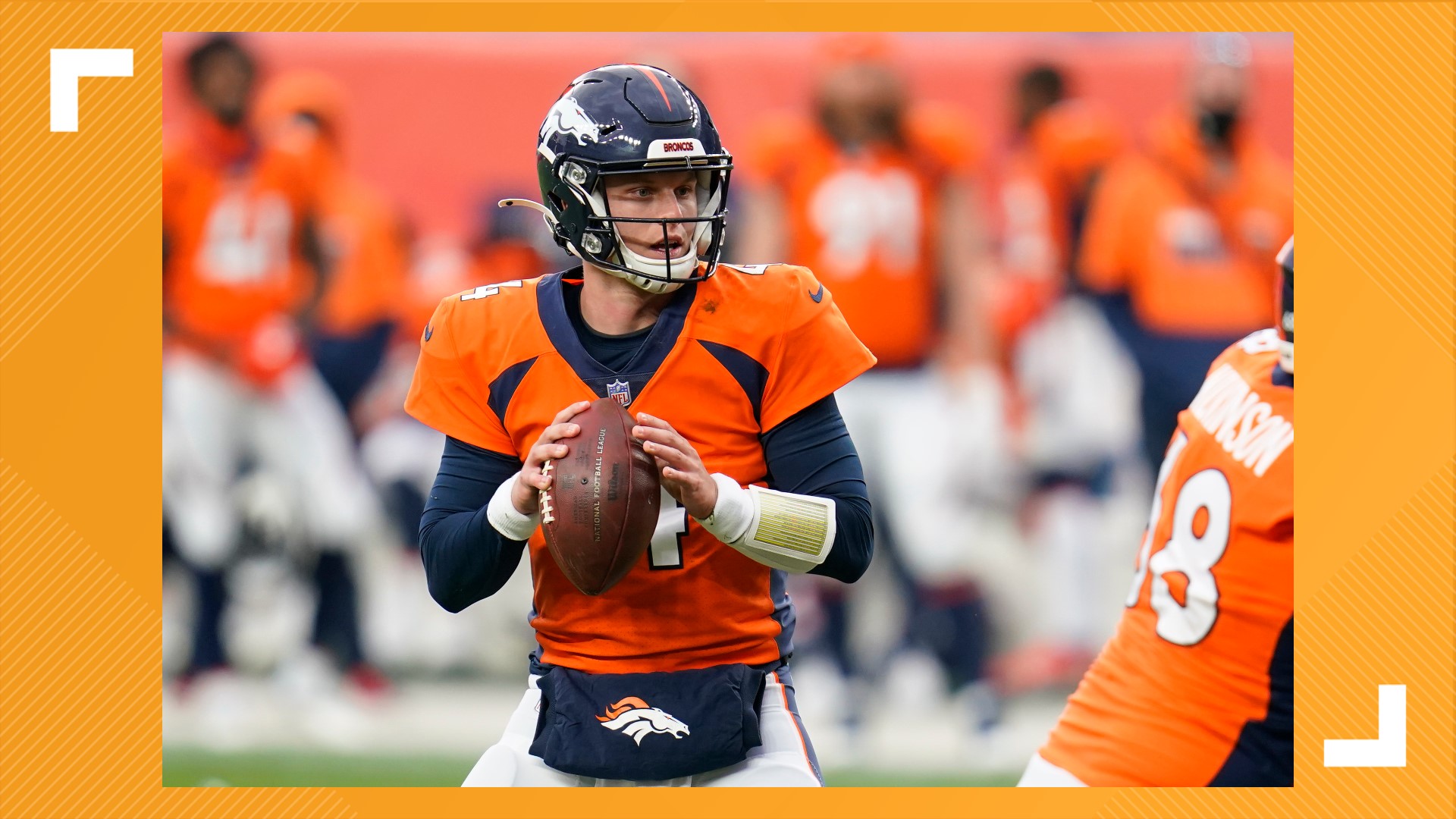 DENVER — For the first time in 25 years a quarterback who played at a Spokane high school will start in the NFL this week.

"It was crazy. It was something he’s been waiting for for a long time," said his mom, Julie, filled with emotion about the opportunity.

When Julie says Brett's been waiting for this for a long time, she means it.

"As a little kid, I can remember putting up a poster when he was 10 years old on his ceiling saying, ‘NFL or bust,’ so he could look up and wake up and see that every day," recalled his dad Mark.

After breaking Washington's high school passing record at Shadle Park, Brett went to Boise State for college. He went undrafted in the 2019 NFL Draft. He then signed with the Broncos as an undrafted free agent.

Last Sunday he played his first NFL snaps in the final drive of the Broncos' game game against the Tampa Bay Buccaneers. He went 8-of-9 passing for 53 yards and an interception.

Last week in a Buffalo Wild Wings, the Rypiens watched their son, Brett, take his first snaps in an NFL game.

This week, they’ll watch him become the first starting NFL QB from Spokane since his uncle, Mark.

We’ll have more with the Rypiens tonight on KREM at 10 and 11. pic.twitter.com/bQqtc2N6vX

In the span of two weeks, the Brett went from practice squad QB, to moved up to Denver’s roster due to quarterback Drew Lock’s injury, to the starter.

"I'm feeling pretty good that he’s going to take advantage of this opportunity," said his high school head coach, Jim Mace. "He’s never not ready for the moment. He’s mentally prepared, physically prepared, and whether it be in a game or whatever, he understands what’s going on and he’s ready to go."

That collectedness must run in his blood.

"When Mark went through it, I just kind of assumed that it’s easy. He spent a couple years on IRs, there’s not internet, I don’t know what he’s doing, all the sudden he’s like, ‘Oh yeah, I’m going to start down in Arizona.’ Then he had this great 12-year career with a Super Bowl win, so you just think that’s normal. It’s tough," said Tim of his brother's journey to becoming an NFL starter.

As for Mark’s reaction when Tim called him and told him the news?

And it’s not just Mark that’s excited, it’s all of Spokane.

"I was talking to Ferris’ head coach this weekend when Brett got into the game and he was like, 'That’s my highlight for this weekend,'" said Jim. "People will look at that and say that’s one of us. That guy’s representing Spokane. I know for a lot of Seahawk fans around here it’s probably hard to stomach the Broncos but, you know what? They might be rooting for the Broncos this one night because of Brett."

Brett and the Denver Broncos take on the Jets on Thursday Night Football this week at 5:20 p.m. PT on the NFL Network.