Spokane Indians baseball is back at Avista Stadium on Tuesday

Avista Stadium has made a number of changes to make the baseball season safe and possible. 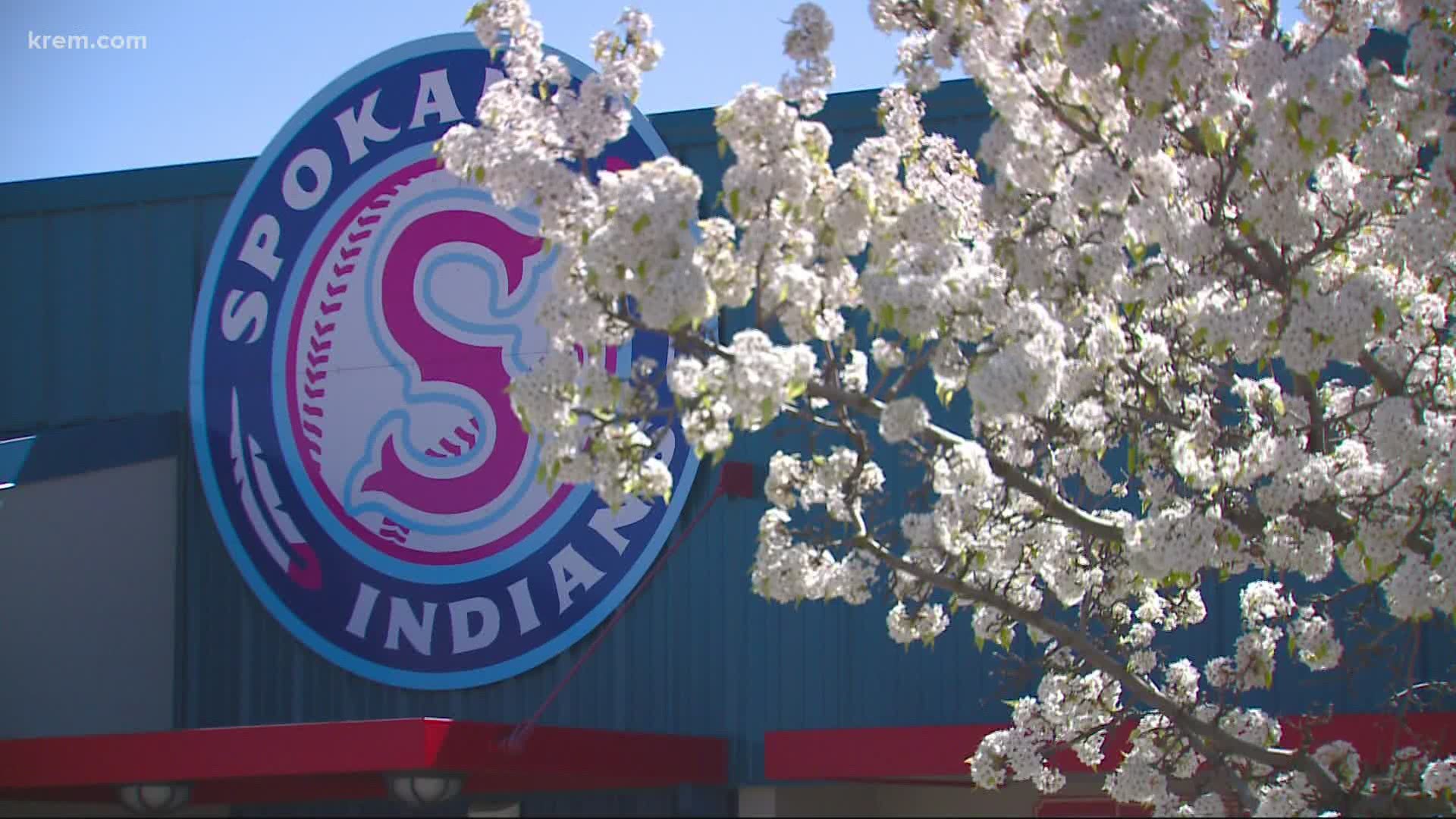 SPOKANE VALLEY, Wash. — After a whole season without any Spokane Indians baseball, it’s almost time for the first pitch.

Opening day at Avista stadium is Tuesday, May 4. It’s the first time a home game is happening at the stadium since 2019.

Due to the coronavirus there was no season last year. But now it’s back and the stadium is ready to safely kick off the season with it’s fans. Avista stadium will once again be brought to life with the bright lights, buzz of fans, smells of popcorn and the announcers voice booming over the speakers.

It’s once again time to play ball, but with a few changes.

The stadium capacity is capped at at 25 percent. Fans will enter the stadium under a new Avista logo, get their mobile tickets scanned and head to their seat. Face coverings are required at all times, unless fans are eating or drinking. Groups will be seated in their own pod and every pod will be socially distanced from the other.

Everything will be as touchless as possible from tickets to ordering food. Fans will also see hand sanitizing stations throughout the stadium.

Unfortunately, anyone looking to throw the coveted first pitch will not be able to this year. Right now fans are not allowed on the field.

These changes were made to bring back the magic of watching baseball at Avista Stadium —and Senior Vice President Otto Klein says it is all worth it.

“I feel like we are opening up summer rally for the community,” Klein said. “And we’re going to do it in a fun and safe way. Baseball is back.”

Tuesday is a homecoming for fans and players—with a number of players being new to Spokane.

The Spokane Indians are now High A team and an affiliate of the Colorado Rockies.

“The quality of baseball that you’re going to see here is going to be much better than it has been in the last 40 years,” Klein said.

The new affiliation means 60 home games this season. They will play a total of 132 regular season games this year.

They will be affiliated with the Rockies for at least the next ten years.

Despite all the changes, there will still be the opening night firework show and ballpark favorites like barbeque and a wide selection of beverages from soda, to beer to coffee.

Fans can look forward to a lot of fun promotions that will now be happening on the first and third base areas of the stadium.

And the beloved mascots will be at every game for socially distanced photo opportunities.

“It’s a change, a little bit of a difference but we feel like fans are still going to love everything that we’re putting out,” Klein said.