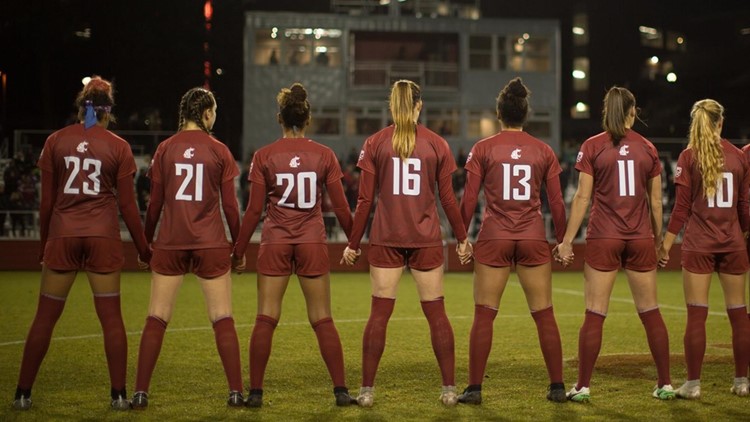 CHARLOTTESVILLE, Va. — WSU women's soccer defeated #1 seeded Virginia 3-2 on Friday to advance to the Sweet 16 of the NCAA Tournament.

Virginia came into the night ranked as the #3 team in the country and had only allowed eight goals all season.

WSU's first goal had a bit of luck attached to it, as Averie Collins' goal was deflected into the goal off of a Virginia defender. The Cougs went up 1-0 in the 13th minute.

The second goal for WSU was more traditional as Morgan Weaver knocked it in off a corner kick. That made the score 2-1 in the 31st minute.

It would take the Cougs until the 82nd minute to score again. Morgan Weaver sent the ball in and McKenzie Frimpong-Ellertson sent the rebound to the back of the net. That made the score 3-2 and the Cougs would not let Virginia score again.

WSU will play at West Virginia in the Sweet 16 on Sunday at 2 PM.