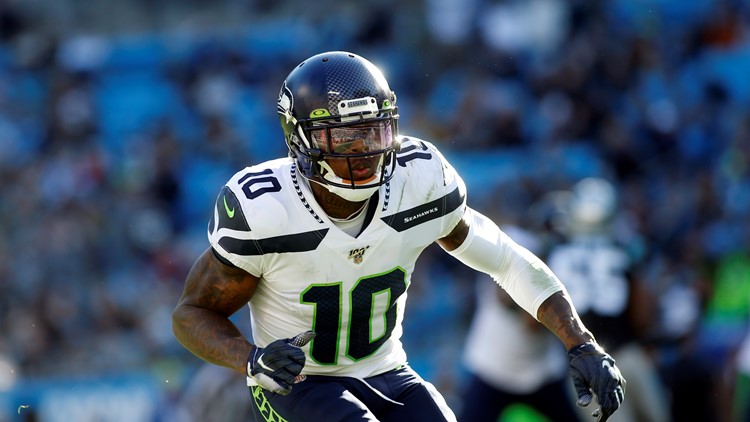 Photo by: AP
Seattle Seahawks wide receiver Josh Gordon (10) sets up against the Carolina Panthers during the second half of an NFL football game in Charlotte, N.C., Sunday, Dec. 15, 2019. (AP Photo/Brian Blanco)

Seahawks wide receiver Josh Gordon has been suspended indefinitely without pay for violating the NFL's substance abuse policies, according to an NFL spokesperson.

The announcement was made Monday afternoon and said Gordon violated the NFL's "performance-enhancing substances and substances of abuse" policies.

Gordon joined the Seahawks earlier this year after being released off injured reserve by the New England Patriots. Seattle claimed Gordon off waivers.

Gordon was among New England's leading receivers this season, with 20 catches for 287 yards and a touchdown through six games. But he was placed on injured reserve earlier this year with knee and ankle injuries.

Gordon was reinstated by the NFL in August after having been suspended indefinitely in December 2018, missing the final three games of last season for violations of the league's substance-abuse policy. It ended what had been a strong year for Gordon, who had 40 catches for 720 yards and three touchdowns in 11 games.

A 2012 second-round draft pick by the Cleveland Browns, Gordon was also suspended for the first two games of the 2013 season for a substance abuse policy violation but still caught 87 passes for nine touchdowns and a league-leading 1,646 yards and was named to the All-Pro team.

His troubles began in college when he was was suspended indefinitely while at Baylor for violation of team rules and have continued throughout his NFL career. Monday's suspension was the eighth time he's been officially suspended by the league or his team during his professional career.