The Kraken won their debut preseason game 5-3 against the Vancouver Canucks. More than 10,000 fans were in attendance. 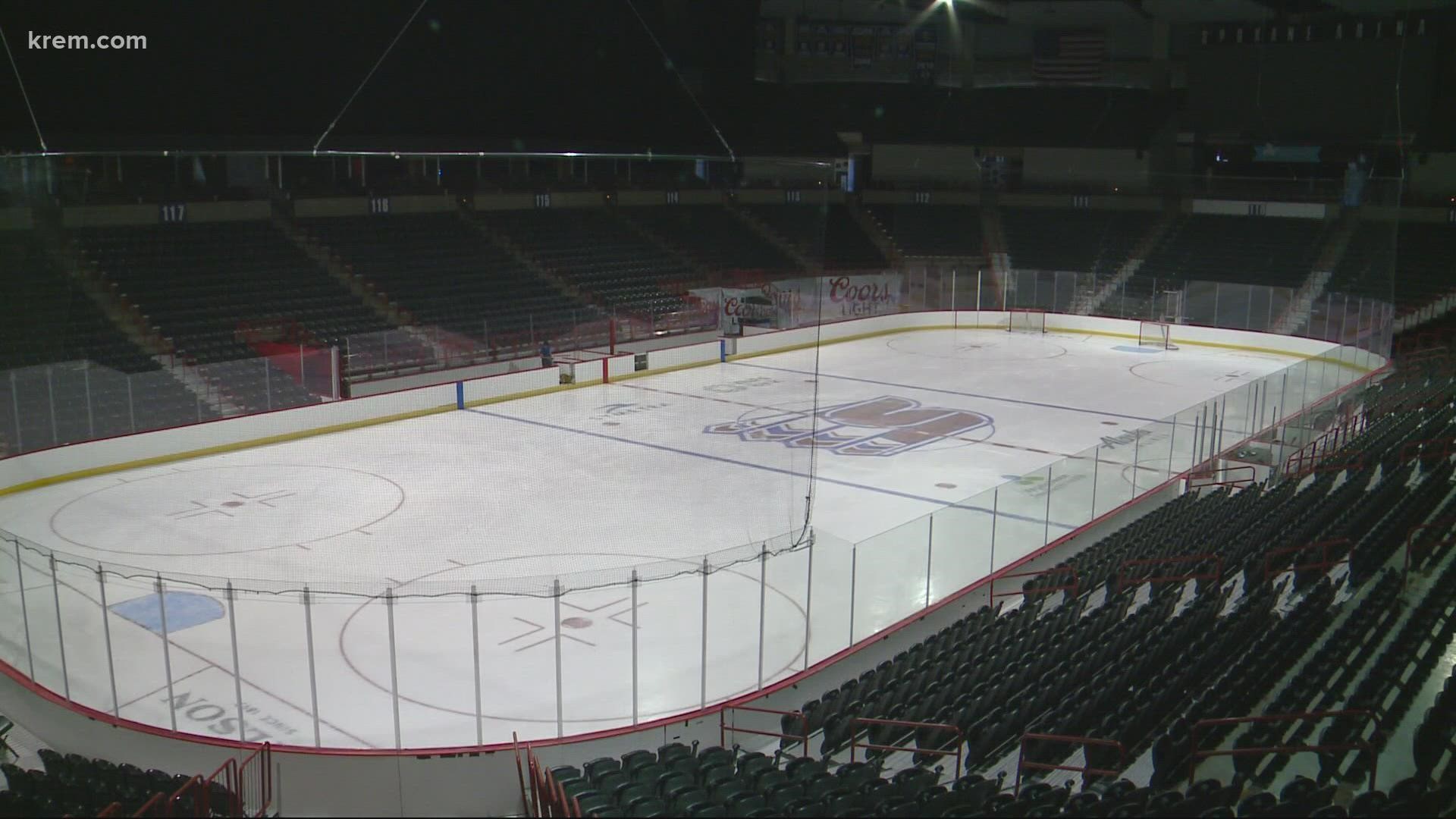 SPOKANE, Wash. — The Seattle Kraken is making history as they leave Spokane with a win on Sunday.

The Kraken won their debut preseason game 5-3 against the Vancouver Canucks at the Spokane Arena. A capacity crowd of 10,208 fans packed into the Spokane Arena to cheer on the Kraken in an atmosphere that head coach Dave Hakstol said post-game was simply "awesome."

The Kraken rallied from a 2-0 deficit thanks to three goals in the second period and Morgan Geekie’s two goals in the third period. Riley Sheahan scored the first preseason goal for the Seattle Kraken after a no-look pass from Nathan Bastian.

There was a line down the street to get into the building, which required proof of vaccination or a negative COVID-19 test. Many fans were still flowing into their seats after the puck officially dropped.

"(My son) woke up this morning, and said, 'Happy Kraken Day,'" said Cami Espirito of Spokane, who brought her 8-year-old son Jace.

Espirito said she bought Spokane Western Hockey League season tickets just so she could have the first crack at these Kraken tickets.

With Seattle's home arena putting the finishing touches on its construction, the Kraken has taken their first preseason on the road to three different junior hockey venues in the state. There was necessity for playing the first preseason game in Spokane but also outreach in mind to help grow the brand for the new franchise. The full preseason schedule is available here.

The Kraken are set to make their regular-season debut in Vegas on Oct. 12. They open their home arena against Vancouver less than two weeks later.