The students painted the message "Hope never sinks," on their bodies at the USC vs. Kentucky game, a message that Hilinski later tweeted. 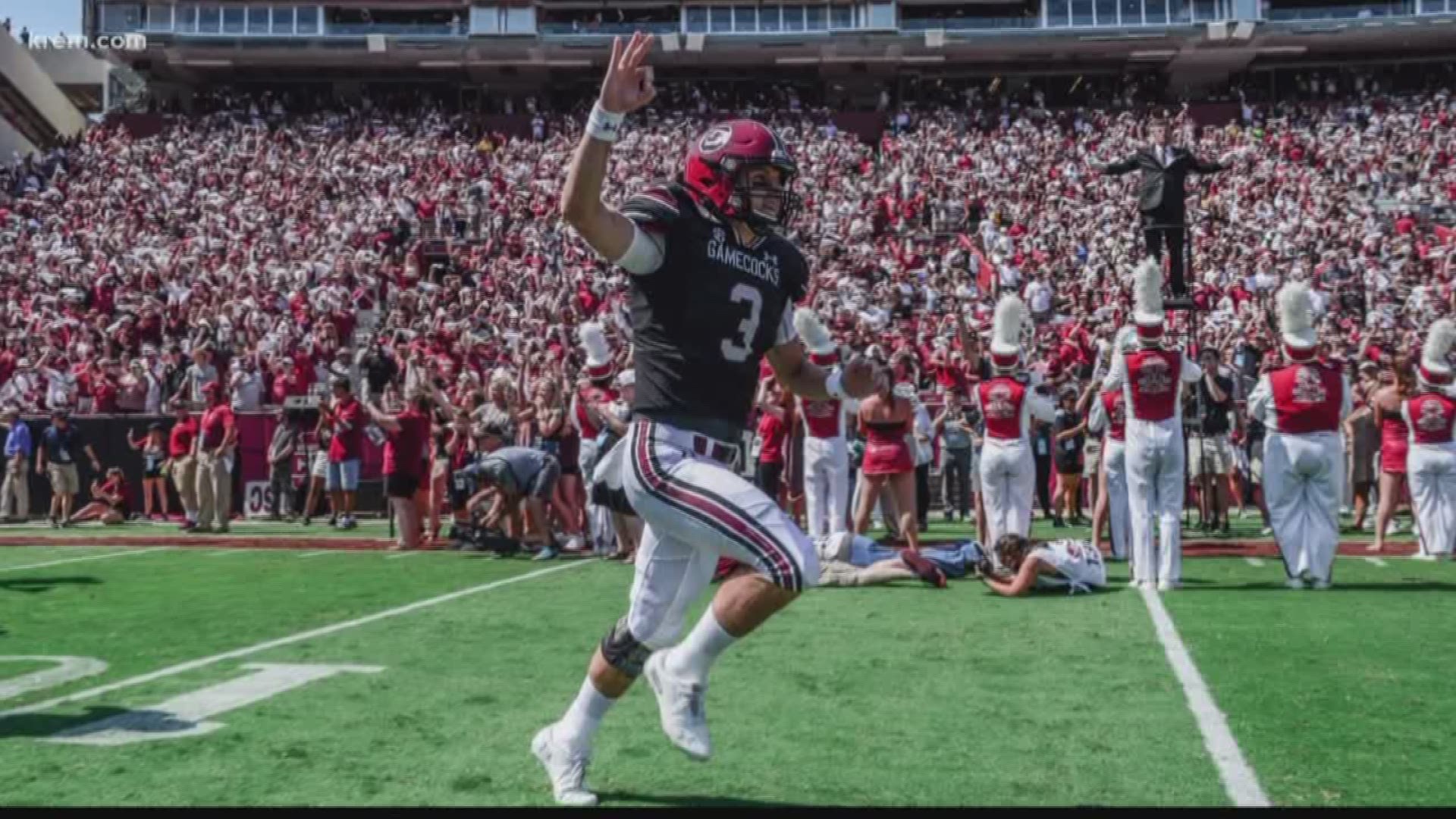 Editor's note: Above video is a report on The State's "Hilinski Hope Sinks" headline

COLUMBIA, S.C. – University of South Carolina Gamecocks fans showed up to support their quarterback Ryan Hilinski a little more than a week after The State newspaper published an insensitive headline about his family’s mental health foundation.

The Gamecocks lost to the Missouri Tigers on Saturday, Sept. 21. The State, which serves Columbia, South Carolina, ran a headline about the game that read, “Hilinski Hope Sinks.”

The Hilinskis lost their son Tyler, a quarterback at Washington State University, to suicide on January 16, 2018. He was 21 years old.

The Hilinski family started Hilinski's Hope to fund programs that will help educate, advocate and destigmatize mental illness in the across the country.

The State took to Twitter to apologize – but university leaders said they were “appalled” by the headline and added that an apology wasn’t enough.

At the Gamecocks’ latest game against the Kentucky Wildcats, students showed up to support Ryan Hilinski in the wake of the controversy.

They painted the message “Hope never sinks” on their bodies, which Hilinski later tweeted with a reference to his brother.

A video posted to Twitter by Gamecocks Football shows Hilinski praying with students and running through the stands to high-five fans on Saturday.

“Love you guys man. Appreciate you always,” Hilinski can be heard saying before the prayer.

Hilinski prayed in thanksgiving for bringing the students together and keeping them safe.

The Gamecocks beat Kentucky 24-7 on Saturday night at Williams-Brice Stadium, putting an end to a five-time losing streak against the Wildcats. Two Gamecocks were later honored by the SEC for their excellent play during the game.

USC will face Georgia on the road on Oct. 12.