Lloyd has been an assistant coach under Gonzaga's Mark Few since before the 2001-2002 men's basketball season. 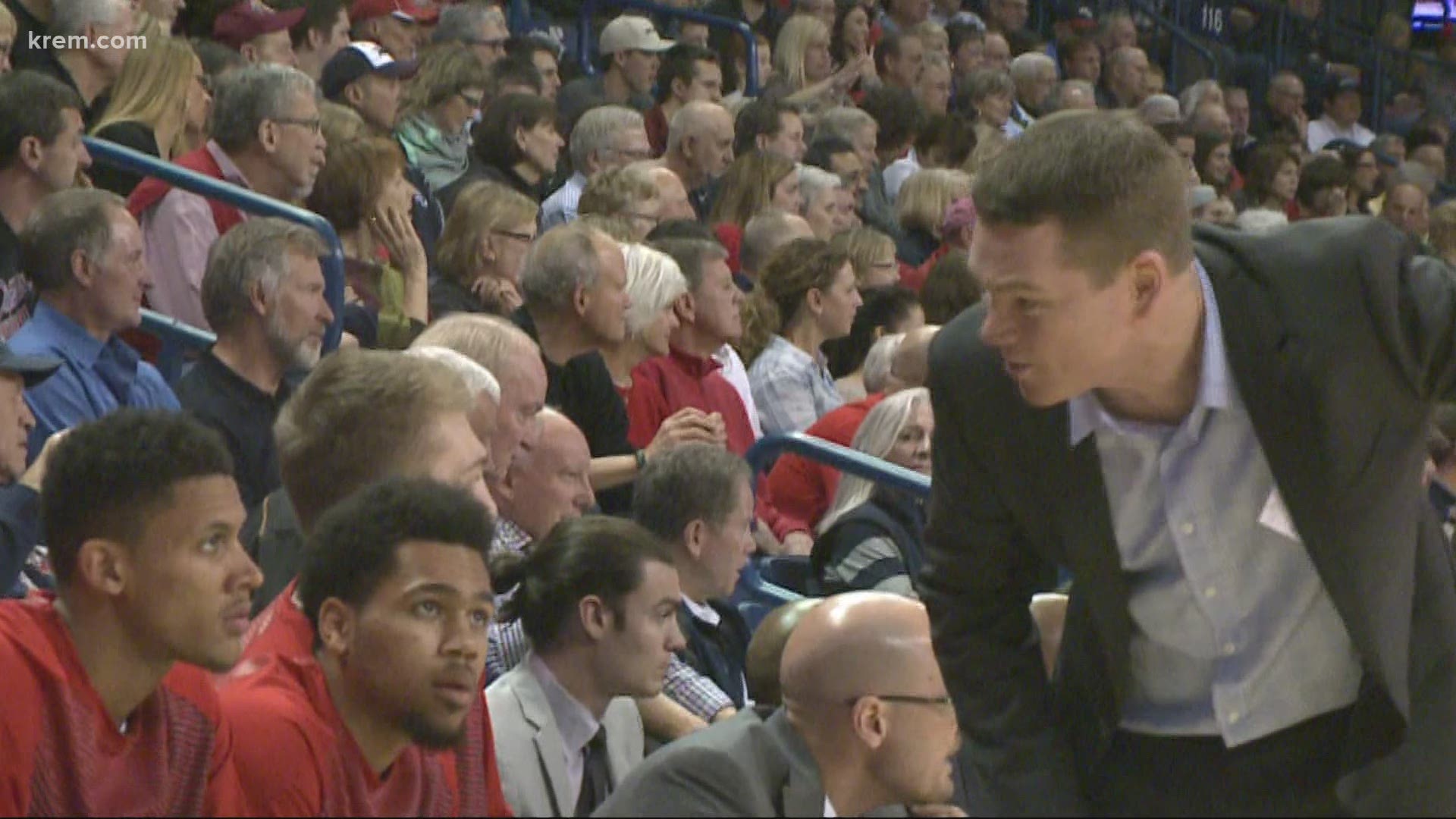 SPOKANE, Wash. — Tommy Lloyd is leaving his current position as Gonzaga men's basketball assistant coach for a job as the next head coach at Arizona.

"I am extremely grateful to President Robbins and Dave Heeke for the incredible opportunity to lead one of the country's most storied men's basketball programs," said Lloyd in an Arizona press release. "While there are certainly potential obstacles ahead for our program, I embrace the challenge as we will build on the foundation in place to compete for PAC-12 and national championships. I know how much Arizona Basketball means to the institution, its fans, its community and the state, and I cannot wait to get started. That works begin now. My family and I are excited to settle in Tucson and begin a new chapter."

Lloyd has been an assistant coach at Gonzaga since before the 2001-2002 season. In that time he proved to be Few's right hand man in recruiting and developing star players such as Domantas Sabonis, Kelly Olynyk, Rui Hachimua, Brandon Clarke, Zach Collins, Kyle Wiltjer,  Austin Daye, Robert Sacre, Ronnie Turiaf, Adam Morrison, Jeremy Pargo and Elias Harris.

Congratulations Coach Lloyd! Very well deserved and very happy for you and the family. Good luck at Arizona! https://t.co/5yp03c9Ngc

Lloyd has been the engineer to recruiting internationally for the Zags and it has been well publicized. Players like Sabonis, Olynyk, and Hachimura are on that list. He was also instrumental in bringing in Przemek Karnowski, Kevin Pangos, JP Baptista, and Killian Tillie.

"In our 20 years working together, Tommy has proven that he is one of the game's elite coaches and highest-character people," Gonzaga head coach Mark Few said in an Arizona press release. "This is an incredible opportunity for him to lead an incredibly storied program and was a decision I know he carefully considered after receiving head coaching interest from many other schools over the years. Our University and the Spokane community will miss Tommy and his family dearly. I wish him the best and have no doubt he will lead Arizona to great success."

The. Best. In. The. Business. Gonna miss these guys but so happy for the Lloyd Family! #ZagFamily https://t.co/gCRK68kpEG

Lloyd was the coach-in-waiting at Gonzaga in the event Mark Few retired or was no longer the head coach at the university.

His son, Liam, just finished playing his freshman season of basketball for Grand Canyon University in Phoenix, Arizona. The Lloyd family will now be less than two hours with the University of Arizona in Tuscon.

Arizona's men's basketball program is currently facing allegations of five Level 1 NCAA rules violations for academic misconduct and impermissible recruiting. That could result in a postseason ban and a loss in scholarships.