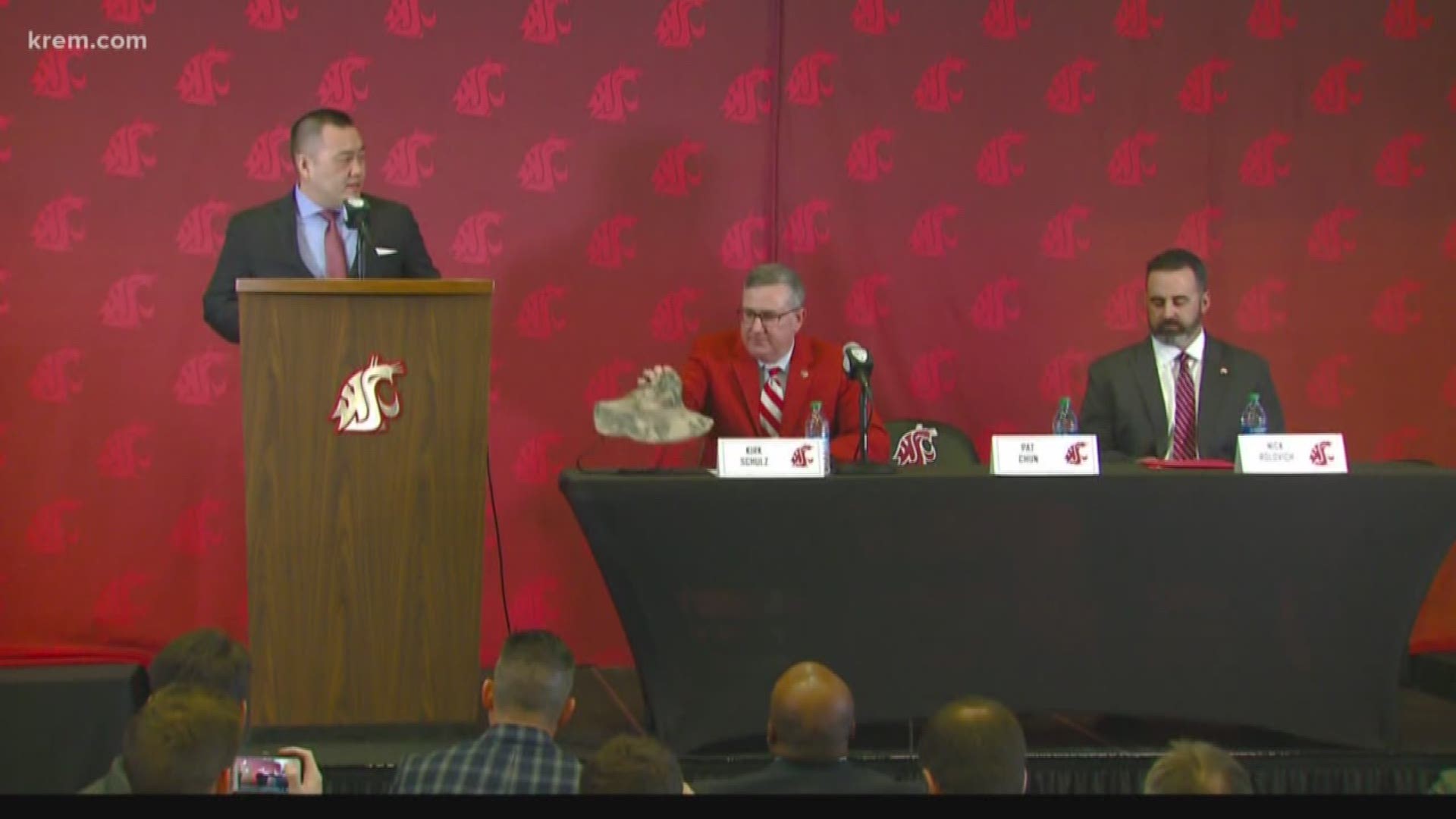 PULLMAN, Wash. — What a special week it was for Washington State Athletics.

There were many special moments throughout the week that would make any Cougs fan beam with pride.

Washington State pulled off a big time win against Oregon 72-61.

That was the first time in 13 years the Cougs beat a top 10 team. CJ Elleby scored 25 points in the win.

Washington State football announced Nick Rolovich as its pick to be the 33rd head football coach in program history.

Rolovich came over from Hawaii to take the reigns of this program.

He will install his run and shoot offense that sparked the Rainbow Warriors to be the fifth best passing team in the country last season.

NO. 3: MORGAN WEAVER DRAFTED TO NWSL

Weaver is fresh off a season where she helped lead WSU to its first College Cup Final Four.

She finished second all-time in program history in goal scoring.

His number one jersey went into the rafters after an illustrious career in the Palouse.

He finished as the third all-time leading scorer in Cougs men's basketball history. Thompson was also named to the first team All-Pac-10 squads in 2010 and 2011.

As a pro, he has won three NBA championships and a gold medal.

Some things are just bigger than sports, and this was it.

The Spokane native received the highest award Congress can give to a civilian for his fight against ALS.

It's a disease he has been dealing with since 2011.

Since then, under his foundation Team Gleason, he has dedicated his life to raising awareness for ALS and improving the lives of patients.