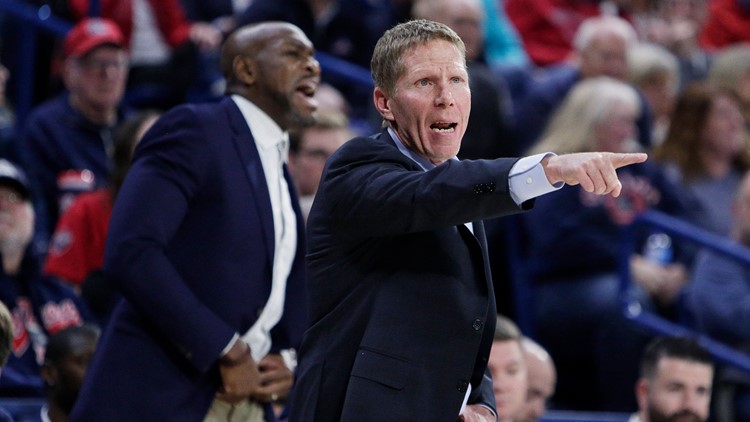 SPOKANE, Wash. — Filip Petrusev scored a career-high 25 points on 9-for-10 shooting as No. 8 Gonzaga beat Arkansas-Pine Bluff 110-60 on Saturday night.

Petrusev added six rebounds and two blocked shots as the Golden Lions had no answer for the 6-foot-11 sophomore.

Robert Boyd's 3-pointer lifted Arkansas-Pine Bluff to its only lead at 10-9.

With the score tied at 14, Gonzaga hit three straight 3-pointers - two by Woolridge - to ignite a 17-2 run for a 31-16 lead. The Golden Lions were scoreless for more than four minutes.

Gilder's long 3-pointer capped an 11-4 Gonzaga run that lifted the Bulldogs to a 46-22 lead with just over five minutes left in the first half.

Doss sank a 3-pointer and a field goal as the Golden Lions cut Gonzaga's lead to 46-29.

The Golden Lions shot just 43.5% from the field and committed 12 turnovers in the first half.

Gonzaga: The Bulldogs have won 24 consecutive home games. They are 15-0 all-time against teams from the SWAC. The Zags and Wofford were the only teams without a conference loss last season. Gonzaga's average of 33 wins per season since 2014-15 leads the nation.