'We're all in this together': Pacific Northwest Qualifier tournament begins in downtown Spokane

The volleyball tournament is Spokane's largest tourism event. After being cancelled in 2020, thousands are in the city for the 2021 event. 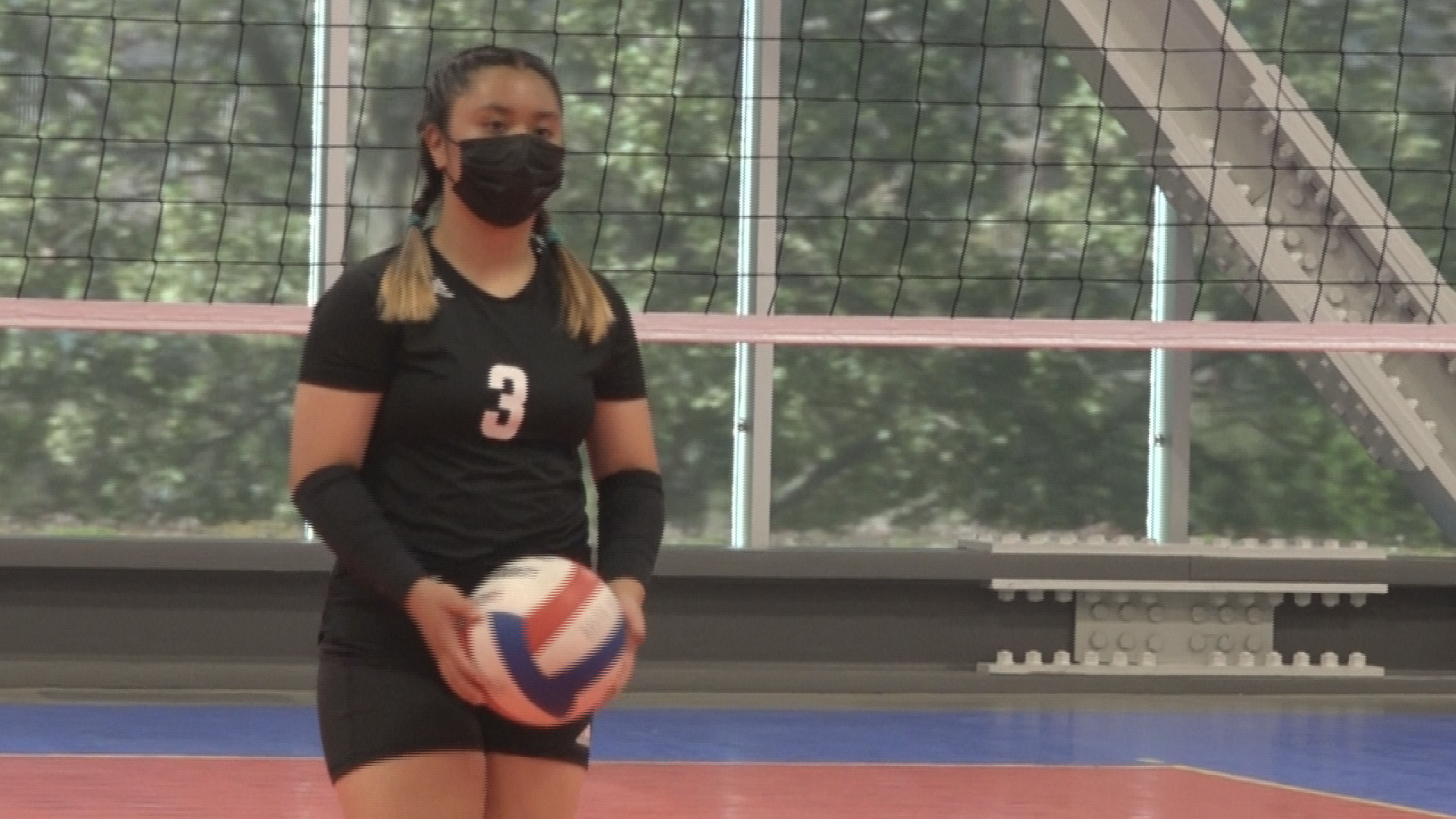 SPOKANE, Wash. — The Pacific Northwest Qualifier volleyball tournament is in full swing starting Saturday at the Spokane Convention Center. The annual event brings in thousands of people from across the country and millions of dollars in revenue for the city.

The UC ELITE are a competitive youth sports organization based out of the Tri-City area in the San Francisco Bay Area. The team of 12-year-olds traveled to downtown Spokane to join 124 other competitors for the PNQ tournament.

"That's kind of what the theme has been around, 'oh my gosh, this feels normal,'" PNQ Director April Stark said. "This is normal, is it real? I can't jinx it."

Stark sighed in relief when learning her tournament could go forward. Earlier this month, Governor Jay Inslee announced that all counties in the state would be under a two-week pause in their current phase, so the tournament wouldn't be cancelled since Spokane County didn't roll back to Phase 2. The UC Elite, along with all the other teams, wouldn't have been able to compete.

After being canceled in 2020, the event was rescheduled from this March due to the COVID-19 pandemic. This volleyball tournament is typically Spokane's biggest tourism event of the year, as well as the largest in the region.  According to Visit Spokane, teams like UC Elite help the tournament bring in $12 million in revenue for local businesses, as well as more than 15,000 visitors.

They have about half the number of teams they usually do, but Stark is okay with that. She said it helps manage the safety protocols. She and her team set up time increments for people to enter one of their gyms. The players wear their masks and only warm up with their team, only one spectator per player is allowed and they require either a negative test or proof of vaccination for entry.

"It's funny, we have a slide up on one of the TVs with High School Musical's 'we're all in this together,' and it's true," she said. "We're doing this for the kids and if we all work together, we're going to keep being normal, we're going to keep moving forward and that's what we're hoping that we can kind of start with this first large event. We're all in this together."

The coach of the UC ELITE Buddy Angeles said he is just thrilled his girls can actually play, because many lost that opportunity over the past year.

The second weekend of the tournament falls just outside of the two-week pause window. KREM 2 reached out to the state Department of Health to ask if rollbacks would begin taking effect immediately after the two-week pause, or if there would be a week between a county's evaluation and a rollback, which is what happened before the pause. The Department of Health said this has not yet been determined.

The annual event brings in thousands of visitors and millions of dollars in revenue for our city! Catch my story again on @KREM2 at 6 p.m.