The bears actually hopped on the tracks in front of the mountain coaster rider as he was descending a hill. 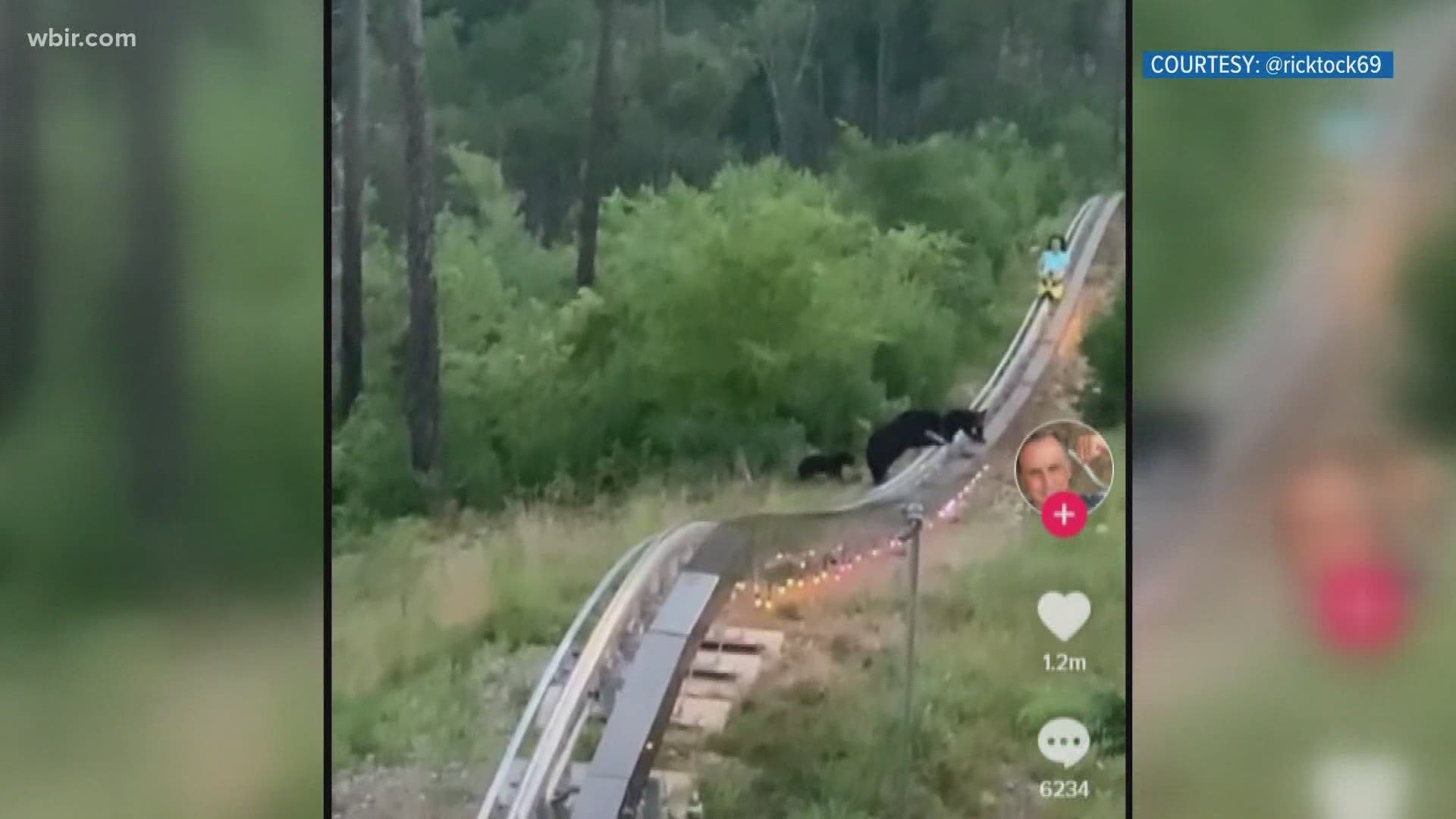 GATLINBURG, Tenn. — Well, one Smoky Mountain tourist likely got more than they bargained for on a trip to Anakeesta.

A video posted by user @ricktock69 on Tiktok a couple of days ago shows a visitor's close encounter with a mother bear and two cubs.

The rider is on the Rail Runner, a mountain coaster. Luckily, the rider can control how fast the sled is going, because as he started down a hill, the bear family came out of the woods.

As onlookers gasped in amazement, the mother bear actually put both front paws on the tracks in front of the rider!

The rider managed to slow his descent as first one of the cubs, then the mother, hopped right up on the track!

"Bet that person is freaking out," said another person.

When the rider was just a few feet away, the mother, then the cub, hopped off and went on their way. The other club climbed under the tracks.

Bears are a common sighting at Anakeesta, an entertainment area located on top of a mountain in Gatlinburg, but that visitor got a much closer view than most!

It turns out this momma bear is well-known and is a frequent visitor to the park -- so much so that Anakeesta gave her a name: Anna.

"She is one of our favorite bears here on the property. Anna has been with us probably since we opened in 2017 and she has received her name because of Anakeesta, so "Anna" is from the name Anakeesta," Michele Canney, Anakeesta's VP of marketing and sales, said.

Canney said they are well aware they share the space with many bears, so they have managers on-duty who are trained in bear protocol standards and work closely with the Tennessee Wildlife Resources Agency.

"Anna is not the only bear here on the property. We do see several families -- one is a bear with three cubs, and our staff lovingly calls her Goldilocks because of the three bears. I guess our bears just enjoy our wide-open spaces in our fresh mountain air just like our guests here at Anakeesta do," she said.