Gildon will reunite with her former head coach Kelly Graves at Oregon. 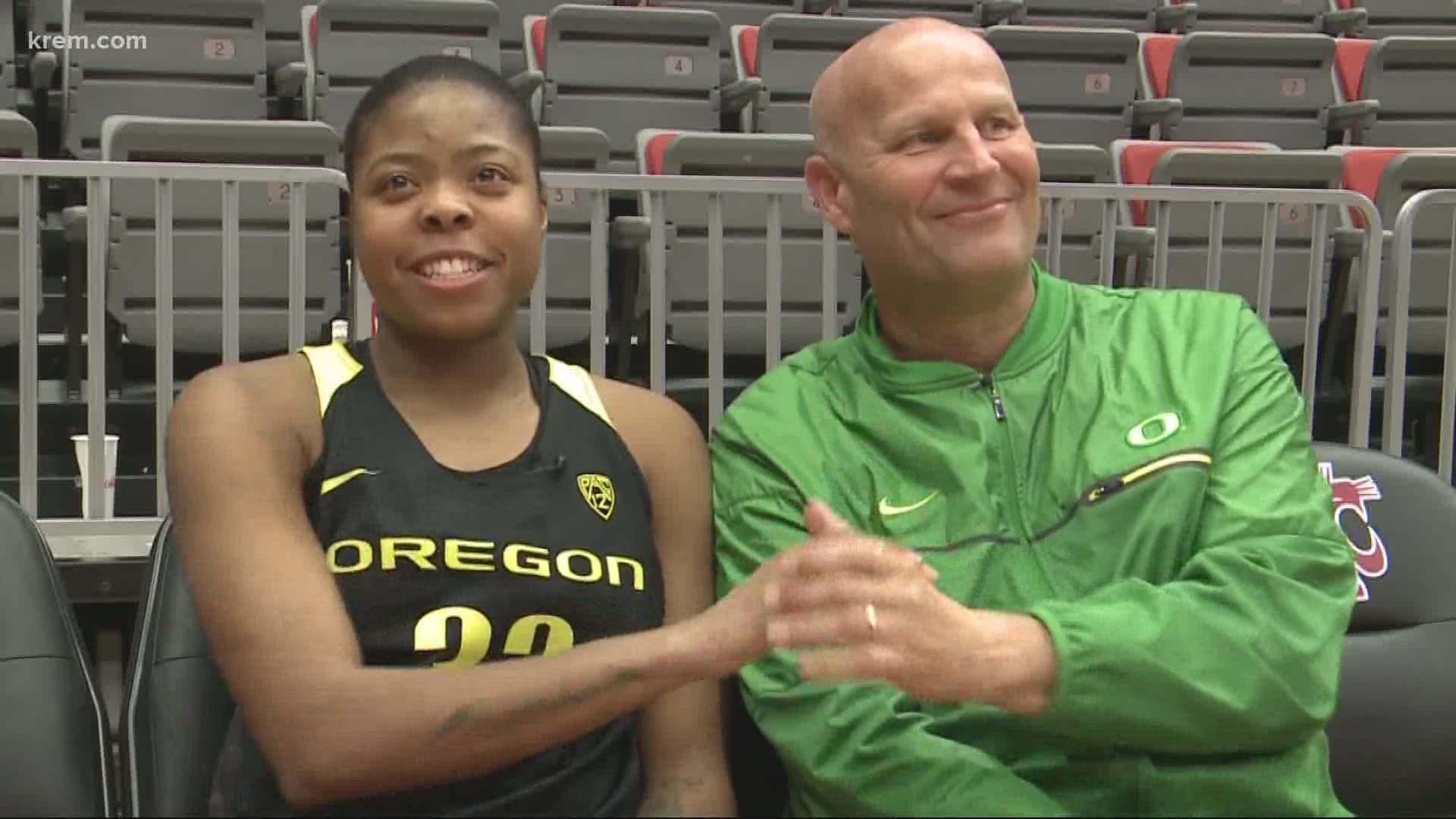 You may think, wasn’t Oti just playing at Oregon? You’d be correct, as her final game was in the 2019 Final Four.

She now will become the youngest member of any women’s basketball staff in the entire Pac-12.

She may think getting the job happened fast, but in reality, she’s been putting in the work since she got to Oregon’s campus.

“We thought, ‘Well, you know, she was so well liked here, not just within the program, but within the university.’ The second I ran it by my boss she said, ‘Oh my god yeah, we would love to have Oti,” said her former head coach turned colleague Kelly Graves.

Kelly texted Oti when he thought the job was coming open and invited her over for dinner to speak about something.

“I was like, ‘Oh man, what did I do? Like what did I do last night? Like am I in trouble?” said Oti with a giggle.

The moment the former Gonzaga head coach proposed the job though, there wasn’t a doubt in Oti’s mind.

So, why did Kelly immediately think of Oti for the position?

“First of all, she's very competitive. I want people on my staff who are competitive, that want to win, and work hard enough so that we are really successful. I think number two, very high character. She has high morals, great teammate, really lived to our core values as a program. I just like everything about her,” said Kelly.

And Oti likes everything about Oregon, so much so that she’s decided this job will most likely mark the end of her playing professionally. It’s a good opportunity, as the last three people who have had this role have gone on to become assistant coaches.

This just means Oti gets to chase a different dream with someone she’s already chased dreams with for a very long time.

“Honestly, it’s like father-daughter,” said Oti of her relationship with Kelly. “We’ve known each other for a while. It’s just someone I can go to if I ever need anything and trust.”

“She’s one of the favorite people that I’ve ever coached,” said Kelly. “I’m really proud of everything she’s done and accomplished. She’s got a great future. She could be a bright shining light in our profession.”

RELATED: Untold Stories: Lisa Fortier on her time as an assistant under Kelly Graves

RELATED: 'By golly, we did it': An oral history of Gonzaga women's basketball's Sweet 16 win in 2011