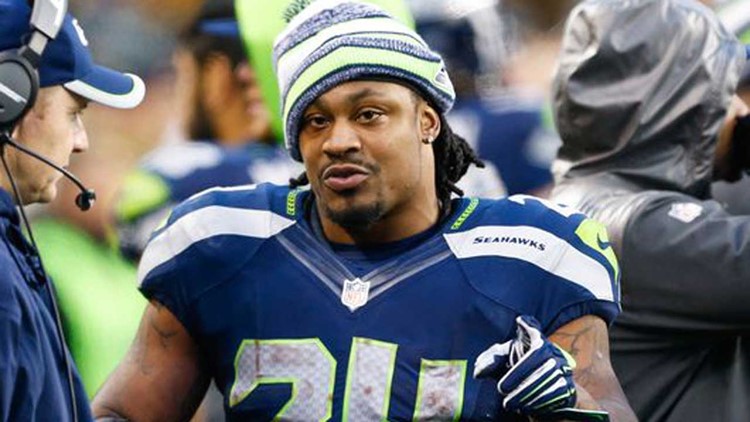 SEATTLE — On Monday night, running back Marshawn Lynch said on ESPN's SportsCenter there is a possibility he could play for the Seattle Seahawks yet again next season.

Beast Mode said his agent has been in talks with the team.

The move makes sense for the Seahawks for many reasons.

It's important to note than Carson and Penny are both coming off season-ending injuries. Penny will likely be sidelined the start of next season as he recovers form his ACL injury.

That leaves Carson and Homer as the only two running backs on the roster with NFL experience. Dallas will likely make the roster. The two undrafted free agents Patrick Carr and Anthony Jones will likely not.

From a depth perspective, it might make sense to bring Lynch on if Penny is unavailable.

The other reason is if the Seahawks are going to get another running back that isn't going to get a lot of snaps, they might not find a better deal than what they'd get with Lynch.

The team signed him to the league's veteran minimum salary last season and would likely do the same this season. That equals a one year roughly $1 million deal. That's team friendly.

The only concerns are Lynch's age and his stats from last season. He just turned 34 years old and his stats weren't all that impressive. He scored four touchdowns in three games, but only had 67 total rushing yards. However, at about $1 million, that seems worth it.

Plus, with him going into the season rather than coming on late like he did last year, maybe he'll be in better shape.

Overall, the deal makes sense and the Seahawks could use another veteran running back.

RELATED: The top moments from the Seattle Seahawks' 2019-2020 season