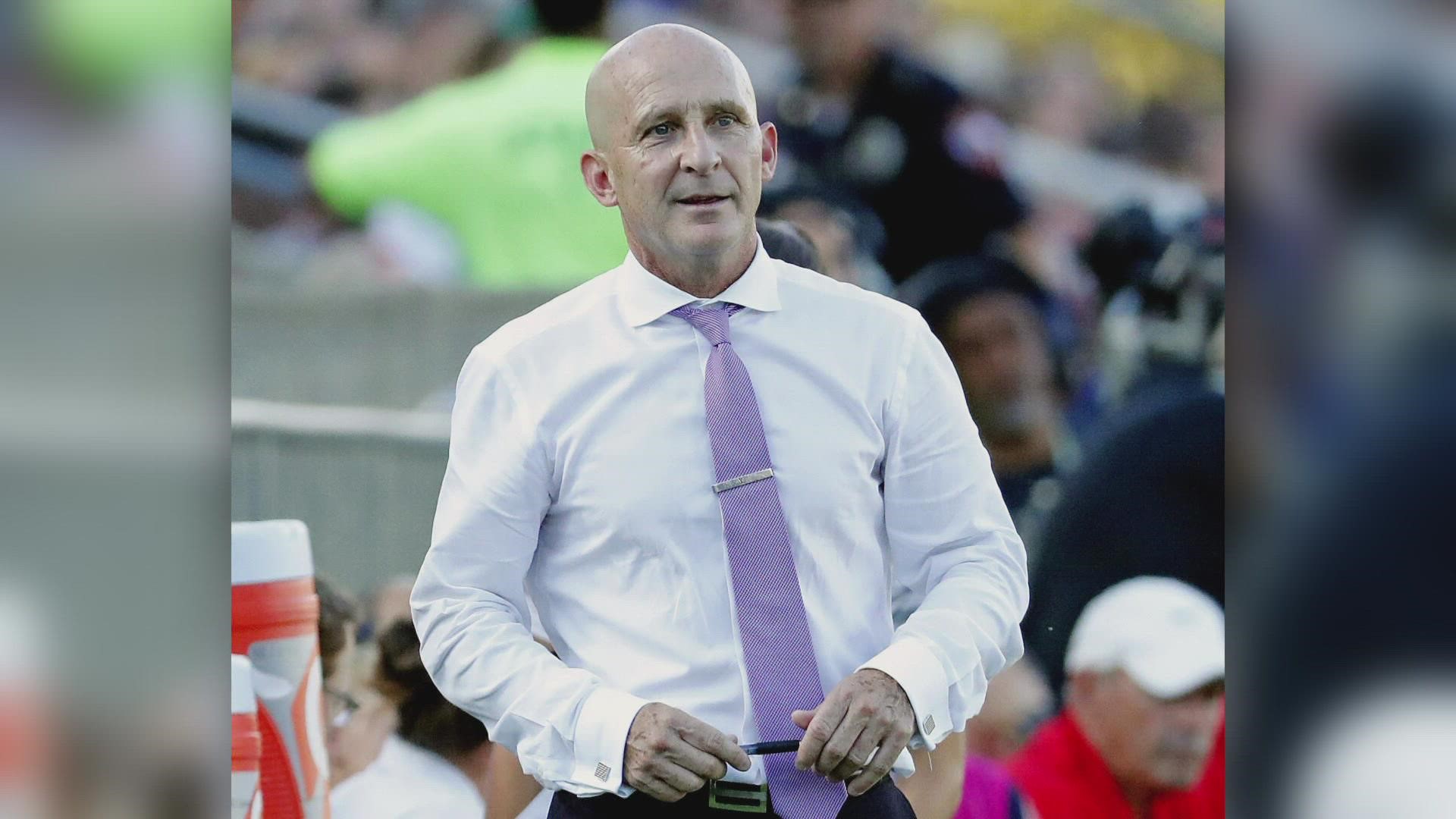 SEATTLE — The National Women’s Soccer League (NWSL) canceled its matches this weekend after several coaches were accused of misconduct.

The decision came Friday, one day after North Carolina Courage fired head coach Paul Riley for “serious” allegations of misconduct. A detailed account in The Athletic says the alleged misconduct includes claims of sexual coercion and stretched back more than a decade.

When Benstiti left the club in July, Predmore had said in a statement that “there was a collective agreement that new leadership was required to achieve the performances and results needed to satisfy our ambitions.”

However, Predmore now says Benstiti was suspended after a player came to him with certain information. Players told Predmore about comments directed to the whole group, which Predmore said made him determine, “no, it was not possible for him to stay.”

The Washington Post reports Fenstiti allegedly made inappropriate comments to players regarding their fitness and nutrition.

Washington Spirit head coach Richie Burke was terminated Sept. 28 after a NWSL investigation determined he could not work with any players. Racing Louisville head coach Christy Holly’s contract was terminated for cause on Aug. 31.

OL Reign Forward Megan Rapinoe, along with other prominent players such as Alex Morgan, has been outspoken on social media about the allegations against Riley and how they were handled by NWSL.

In a statement Thursday, NWSL Commissioner Lisa Baird said she was “shocked and disgusted” by the allegations against Riley and that the league reported the new allegations to the US Center for SafeSport for investigation.

“Mana & Sinead you are so strong & we are with you,” Rapinoe tweeted Thursday. “To everyone in a position of power who let this happen, heard it & dismissed it, signed off on this monster moving to another team w/zero repercussions, (F***) YOU, you’re all monsters, & can ALL hand your resignations in immediately.”

FIFA says its judicial bodies have opened an investigation into the sexual harassment scandal involving Riley.