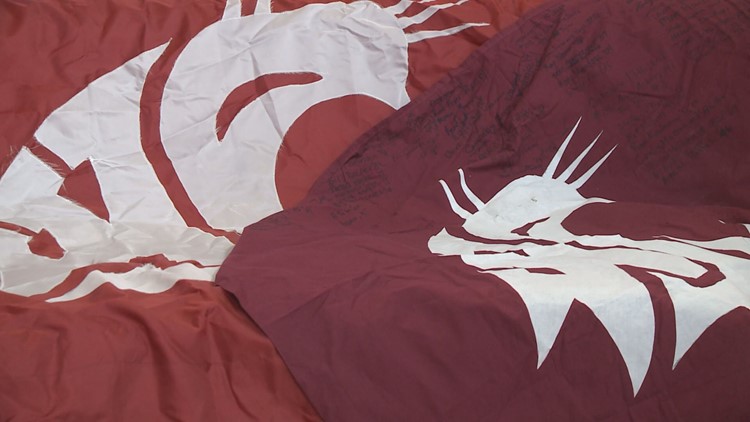 The flag has made 224 straight appearances at the show, but now that streak is in jeopardy.

The first College GameDay of the year is at Disney's Magic Kingdom in Orlando, Florida.  One of the rules at Walt Disney Resort Properties is no flags are allowed.

In a Facts Guide for the College GameDay event, which you can see in the tweet below, the rule is listed.

KREM 2's Brenna Greene reached out to Tom Pounds, who started the College GameDay tradition. He says the Ol' Crimson Booster Club is making every effort to coordinate a way to wave the flag there. The booster club said in a statement it wouldn't be a real college football Saturday without College GameDay and Ol' Crimson together.