No. 5 Gonzaga women to play No. 4 Oregon State for chance at Sweet 16

The No. 5 Gonzaga women are taking on fourth-seeded Oregon State University in Corvallis for a chance at making the Sweet 16 in this year's NCAA Tournament. 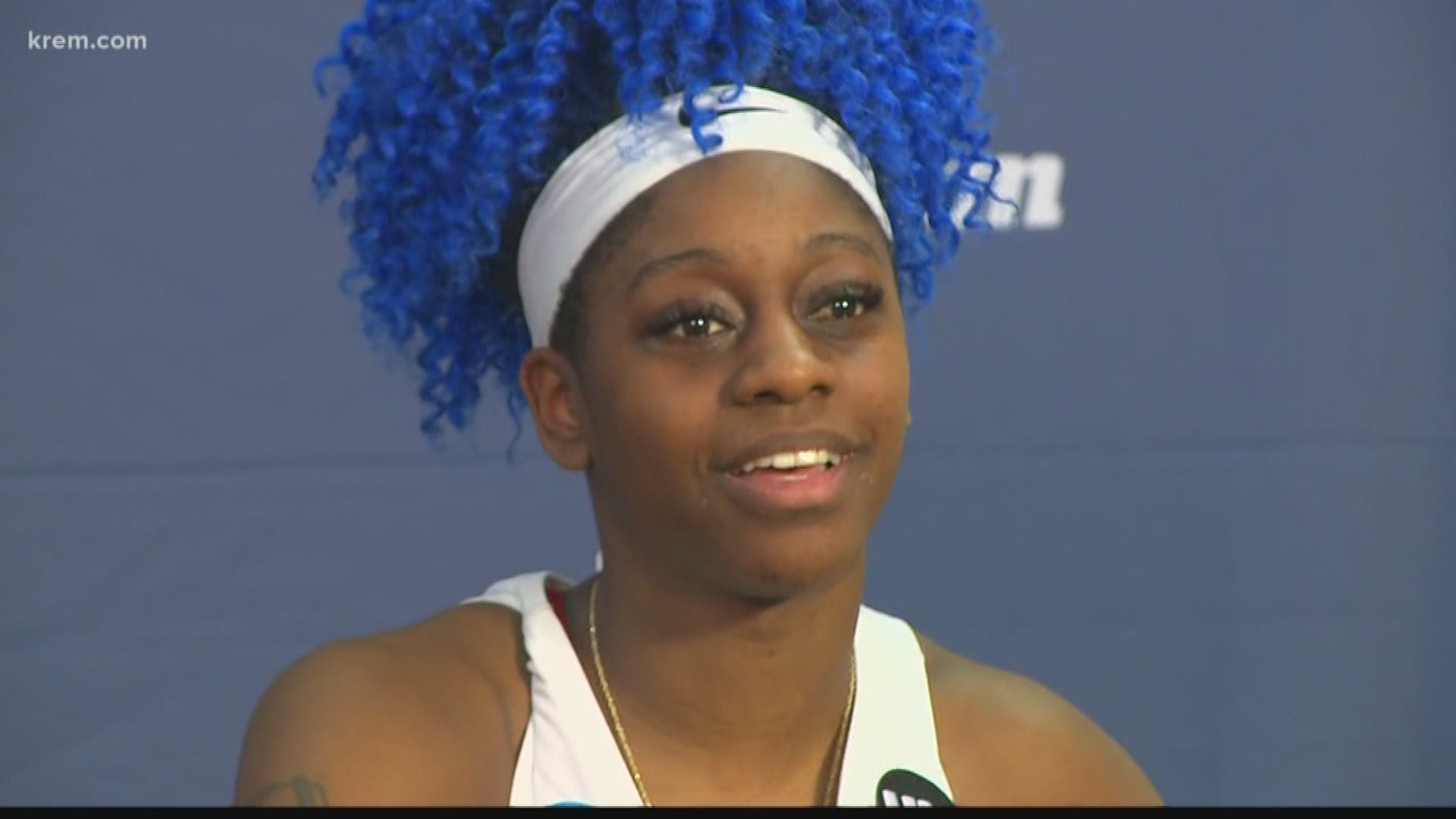 CORVALLIS, Ore. — The No. 5 Gonzaga women are taking on fourth-seeded Oregon State University in Corvallis for a chance at making the Sweet 16 in this year's NCAA Tournament.

The winner will play No. 1 seed Louisville, which defeated No. 8 Michigan 71-50 on Sunday. The Sweet 16 game will be on Friday, March 29, at the Times Union Center in Albany, New York. A time for the game will be announced later.

The Gonzaga men moved on to the Sweet 16 after a win over Baylor on Saturday. They will face familiar opponent Florida State in Anaheim, California on Thursday.

How the Zags got here

The women advanced to the second round of the NCAA Tournament after taking down No. 12 seed Little Rock 68-51 on Saturday.

Katie Campbell had 15 points and five 3-pointers in the game against Little Rock. Zykera Rice added 18 points and six rebounds for the Bulldogs (29-4).

Gonzaga, ranked No. 16 in the AP's final Top 25 of the season, led by as many as 21 points in the first half and cruised to the win over Little Rock.

The Bulldogs were shaken in the West Coast Conference tournament, losing senior starter Laura Stockton and reserve guard Jill Townsend to season-ending injuries. Stockton, the daughter of Gonzaga great John Stockton, was on the bench in street clothes for Saturday's game, a brace on her left leg.

In the fourth quarter of the team's 82-68 loss to BYU in the WCC tournament final, Zags coach Lisa Fortier left to join her brother in the hospital. He later died of complications from muscular dystrophy.

Despite the conference tournament loss, the fifth seed is the highest in Gonzaga history and the selection committee kept the Bulldogs close to home.

Jessie Loera started at point guard for Stockton against the Trojans.

Gonzaga has made the field at the NCAA Tournament 11 times, including the past two seasons. The Bulldogs' best finish was an Elite Eight appearance in 2011. They've made the round of 16 four times.

No. 5 Gonzaga women roll past No. 12 Little Rock in opening round

The Trojans had been to the NCAA Tournament six times since 2010, and they've won twice, including an upset of Texas A&M in the tournament opener in 2015.

Gonzaga jumped out to an early 16-0 over Little Rock, which had five turnovers in the span. Little Rock's first basket came on a layup from Ronjanae DeGray with 3:05 left in the first quarter.

Ronjanae DeGray is the team's leading scorer, averaging 14.6 points and 6.9 rebounds going into Saturday's game. She finished with six points and seven rebounds.

The Bulldogs led 21-2 going into the second quarter and the rout appeared to be on, but Little Rick pulled within 29-20 on Terrion Moore's jumper. Gonzaga led 32-20 at the half.

Lasker got the Trojans within single digits again with a layup that closed the gap to 42-33 in the third quarter.

Stockton wrote a letter to her team about what her basketball career has meant to her as the Bulldogs prepared to play in the tournament without her.

"You have always been more than just a sport. You've taught me the importance of hard work. You've pushed me past my limits and shown me that with hard work and toughness there is no ceiling. You've given me lifelong friendships and shown me that as a woman I can be strong, confident and empowered," Stockton wrote.

Anne M. Peterson with The Associated Press contributed to this report.

RELATED: Gonzaga women gear up for first game of the NCAA tournament