Just a day after the Chiefs' former head coach Manny Viveiros left for a job in the AHL, the Chiefs have a new man in charge. 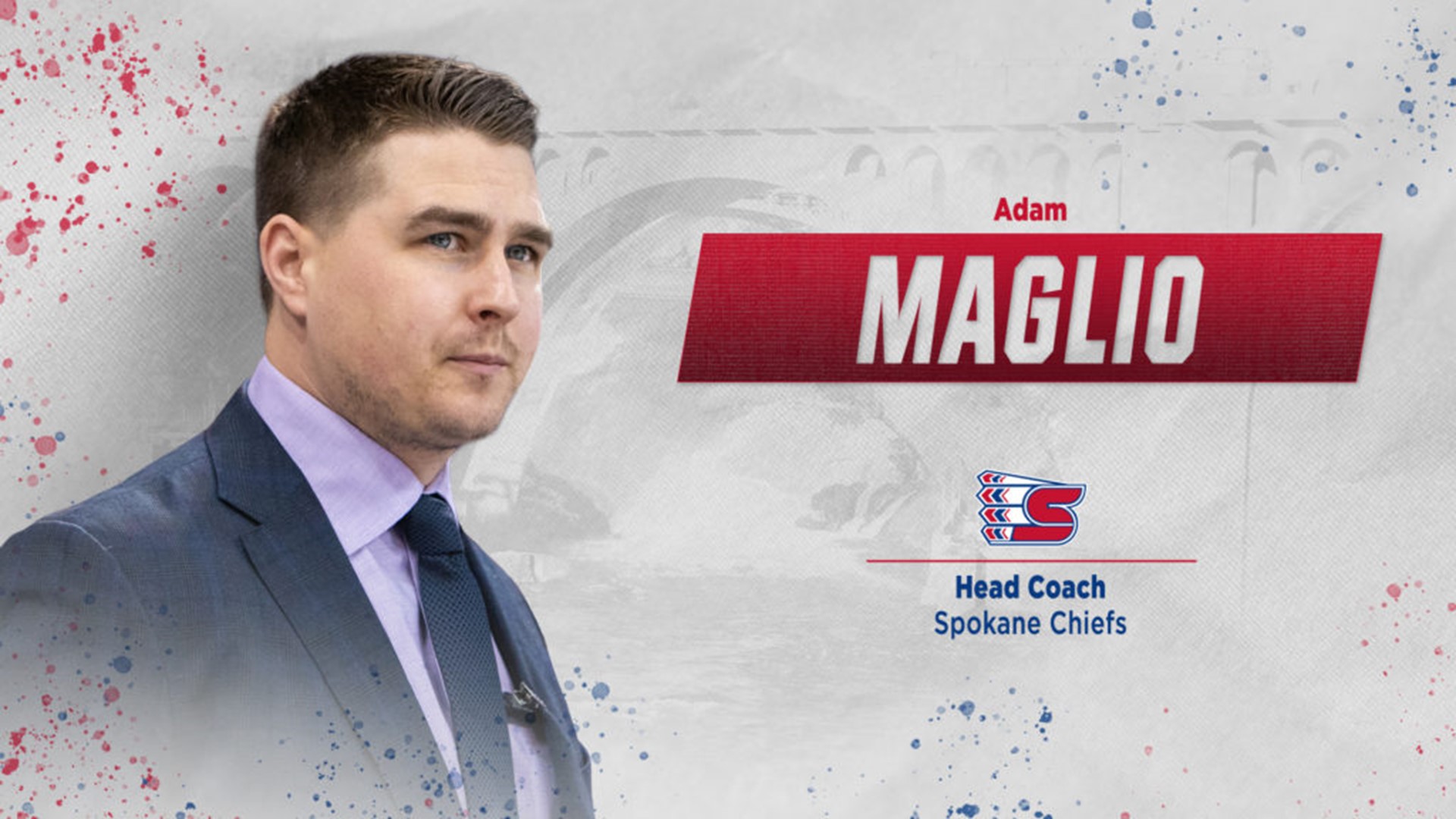 SPOKANE, Wash. — It's not normal for a new head coach to be hired literally a day after the former head coach leaves, but for the Spokane Chiefs they apparently already had their head coach in waiting.

"This is something I've really wanted, and I'm humbled and so thankful for the opportunity," said Maglio to KREM.

Maglio was an assistant coach for the Chiefs on last year's 41-18-4-1 team and primarily worked with the club's defensemen, including WHL Defenseman of the Year Ty Smith.

Ironically, Maglio was up for the Chiefs' head coaching job last year, but did not get it. He still decided to come to the team in an assistant coaching role, which obviously worked out well for him.

"When they did contact me to tell me that they had hired Manny, that was certainly very appealing to me with his track record. Not being in a rush, just taking it step by step, I knew the right step probably was to go into that role and learn the league. For personal growth, I couldn't have asked it to work out any better," said Adam.

🤝 | The Chiefs are thrilled to announce that Associate Coach Adam Maglio will become the 14th head coach in franchise history.

Maglio spent a short time under Viveiros, but his tutelage had a big effect on Adam.

"Lots," Maglio answered emphatically when asked what he learned from Manny over the past year. "That's a loaded question. Manny's an incredible human. He's a people first guy and it makes him an ultimate leader. If I can take a little bit of that from him, that's probably the number one thing for me is the treatment of the staff and players."

So now it’s Adam’s turn to lead. There’s a lot of change going on in the world right now. Adam’s hiring means an easier transition for players and staff alike.

"I was fortunate I got to work closely with the players. Manny did give me a good role last year. I feel like I have good rapport with the players. Just from the tactical, technical standpoint of the game, I thought we got the team to where we really wanted near the end of the year. I think there won't be as many changes on that end," said Adam.

Maglio has made the transition before from being an assistant coach to a head coach of a team. From 2015-2017, he as an assistant on the Prince George Spruce Kings of the BCHL. He then jumped into the head coaching role with the same club and led them to the league finals in the playoffs in 2018. In 2019, he won the BCHL championship and led the team to the National Junior A Championship.