It was a landmark day for the $80 million Kraken Community IcePlex at Northgate, which was built, in large part, to serve as the team headquarters and training site. 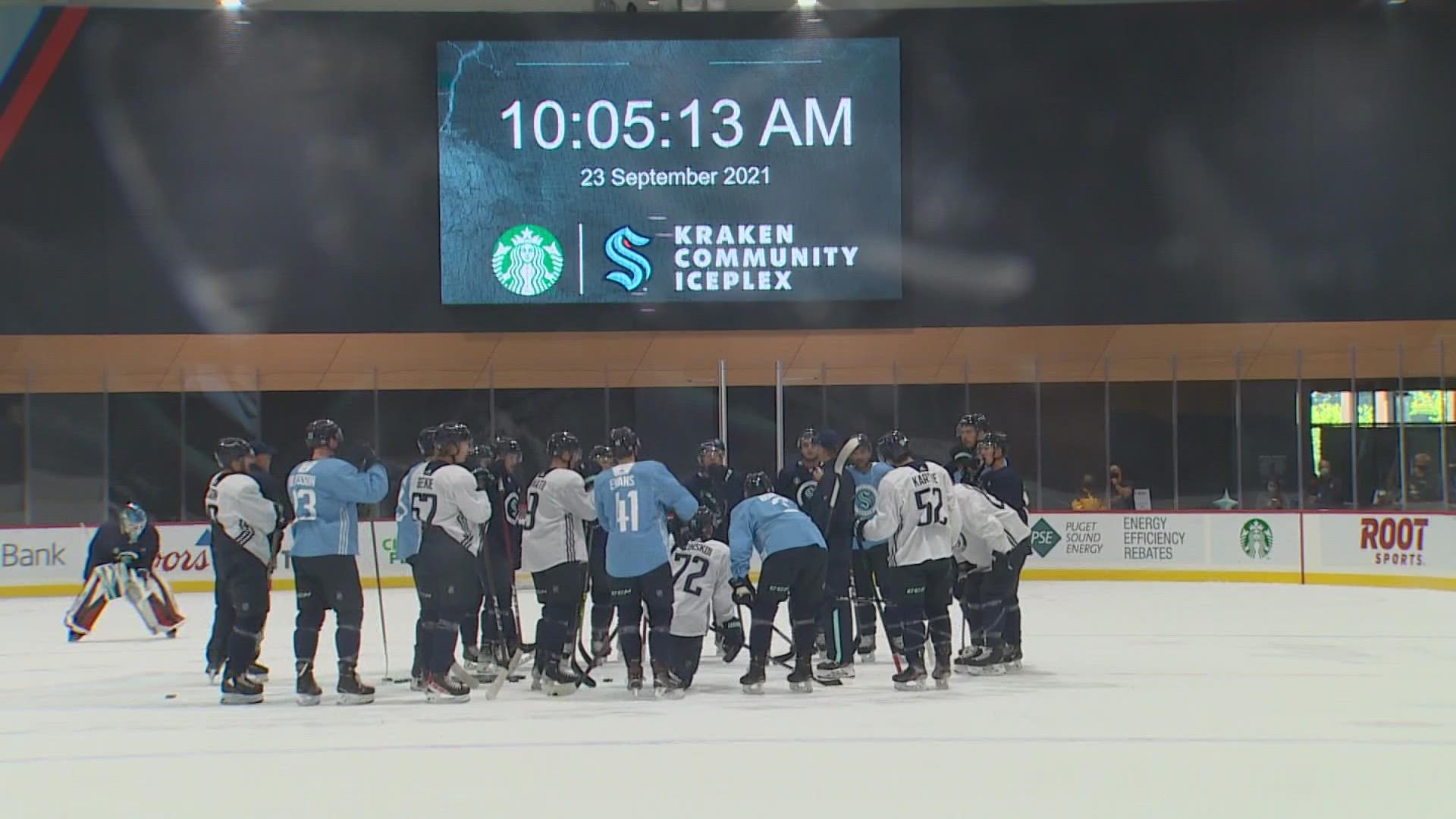 SEATTLE — Thursday marked another milestone for the Seattle Kraken with actual players, in actual Seattle uniforms, skating on city ice.

It was a landmark day as well for the $80 million Kraken Community IcePlex at Northgate, which was built, in large part, to serve as the team headquarters and training facility.

"It's amazing, it's beautiful," said Ashley Nguyen, who was sitting in Rink One, along with her sister Emily on the first day. A couple hundred fans were allowed to watch the Kraken's first practice as the team prepares for its inaugural season.

"We can't even walk on ice, let alone do the tricks they're doing. That's cool, for sure cool," said Emily as she watched players like Brandon Tanev speed up and down the ice in drills throughout the morning and afternoon.

"The building is great. I've met a lot of people who are happy to see it come to fruition," noted Lindsay Skogmo of Kirkland, who was here with her four-year-old son Oliver. She said she sensed the optimism in the building, from the players and the employees on every level.

Skogmo also mentioned the fans are eager to show their support, "We sold more jerseys than anybody - ever - in the fastest amount of time, and we haven't even had a practice until today."

Players hit the ice again Friday for Day 2 of Traning Camp and the team talked about the electric atmosphere:

The team has a scrimmage Saturday before hitting the road for the first exhibition game in franchise history against the Vancouver Canucks on Sunday in Spokane.