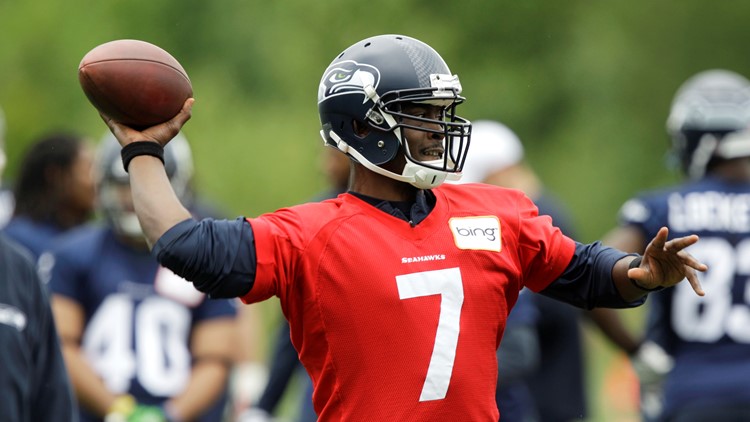 Former NFL quarterback Tarvaris Jackson has died in a one-car crash near his hometown of Montgomery, Alabama.

The Alabama Law Enforcement Agency says the 36-year-old Jackson was killed Sunday night when the 2012 Chevrolet Camaro he was driving went off the road, struck a tree and overturned. Jackson was pronounced dead at a hospital.

The crash remains under investigation.

Jackson spent four seasons with the Seahawks in 2011 and from 2013-2015. He was part of Seattle’s Super Bowl championship team in 2014 as quarterback Russell Wilson’s backup. He also played five seasons with the Minnesota Vikings and one season with the Buffalo Bills.

Seahawks Head Coach Pete Carroll tweeted that he was "heartbroken" by Jackson's death and that Jackson would be "deeply missed."