The Seahawks have won 10 straight home playoff games, but this will be their first since January 2017. This is just the second postseason matchup between the teams. 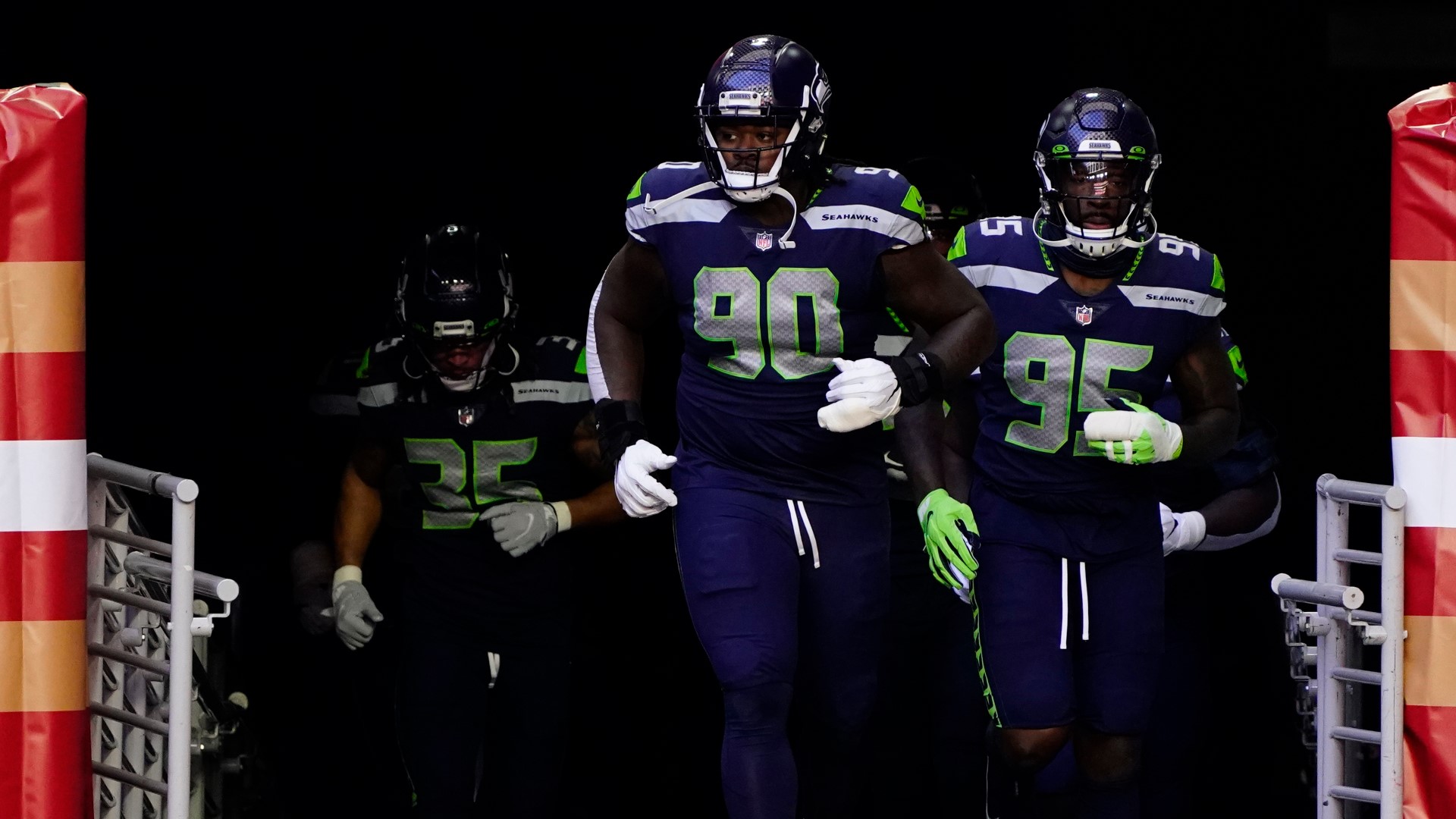 SEATTLE — For the third time this season, the Seattle Seahawks and Los Angeles Rams will meet on Saturday to open the NFC playoffs.

The teams split their meetings in the regular season with the Rams winning in Los Angeles and the Seahawks claiming a 20-9 victory two weeks ago in Seattle that clinched the NFC West title.

The Rams are back in the playoffs after a one-year absence, but there is uncertainty whether Jared Goff or backup John Wolford will start at QB. Goff suffered a thumb injury in the last game against Seattle.

Wolford led the Rams to a season-ending win over Arizona last week, but Goff has emerged from a full week of practice at the Rams’ training complex looking like he’s ready to play, at least from what observers could see.

The Rams had the No. 1 overall defense in the league this season, while Seattle had the best scoring defense during the second half of the schedule. The Rams are in the postseason largely because the defense carried an offense that committed a turnover in every game and hasn’t scored a touchdown since before Christmas.

RELATED: NFL playoffs: Who's in and when are they playing?

No team has tested Russell Wilson’s patience during his career like the Rams or has thrown the Seahawks quarterback for more sacks or given him more headaches. In other words, don’t expect easy yards or easy points for Seattle on Saturday.

Throughout his career, no team has troubled Wilson like the Rams. He’s 8-10 against them, the only team he has a losing record against. He’s also been sacked 72 times in 18 games by the Rams, an average of four per game.

Earlier this week, Seattle Seahawks defensive back Jamal Adams said there’s no question he’ll play in his first career playoff game Saturday despite a shoulder injury. Adams was emphatic he would be on the field for the NFC playoff opener after leaving Seattle’s Week 17 win over San Francisco with a shoulder injury.

Adams appeared angry and dejected on the sideline after being examined by Seattle’s medical staff during the 49ers game. By Wednesday, he was jovial and excited to play in his first postseason game.

After spending his first three seasons in the NFL on the outside of the postseason with the struggling New York Jets, Adams is reveling in the chance to play in meaningful January games after the offseason trade to Seattle.

The Seahawks have won 10 straight home playoff games, but this will be their first since January 2017. This is just the second postseason matchup between the teams.