The Seattle Seahawks will face the Arizona Cardinals at 5:20 p.m. on Sunday on KING 5. 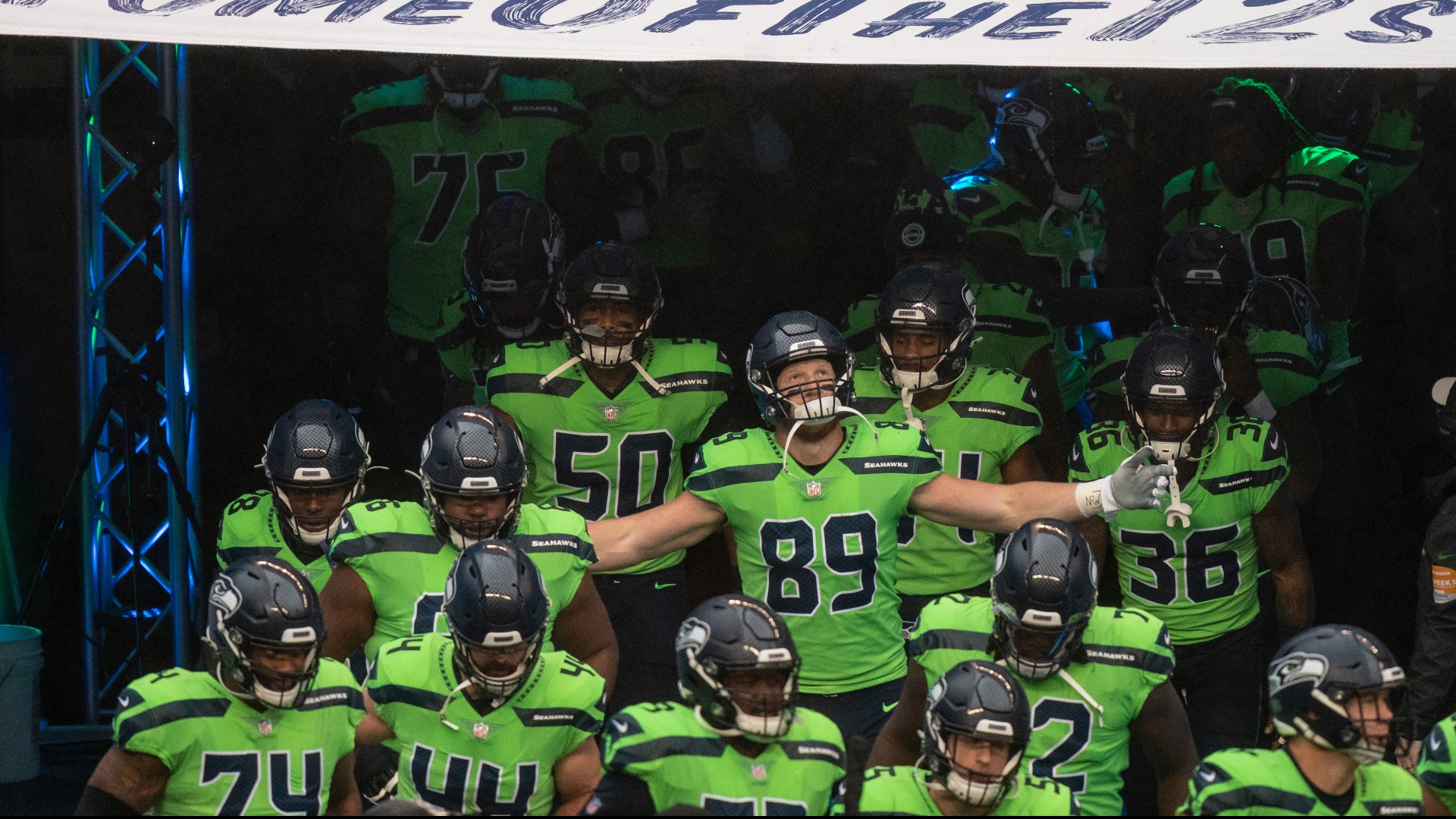 SEATTLE — Sunday's Seattle Seahawks game against the Arizona Cardinals was moved to Sunday Night Football "out of an abundance of caution to ensure that a game would be available for fans."

The Tampa Bay Buccaneers and Las Vegas Raiders will now play at 1:05 p.m. They were originally scheduled to appear on Sunday Night Football on NBC.

"Scheduling decisions are made to ensure the health and safety of players, coaches, and game day personnel and in consultation with medical experts," the NFL tweeted.

The Associated Press reports the NFL shifted the games after several Raiders were unable to practice because of coronavirus contact tracing.

The Raiders placed two players on the COVID-19 list following positive tests earlier in the week. Five others were on the list because of close contacts.

On Thursday, it was reported that the Raiders' last round of COVID-19 tests all came back negative.