The team will play South Carolina with a spot in the NCAA Tournament's Final Four on the line. 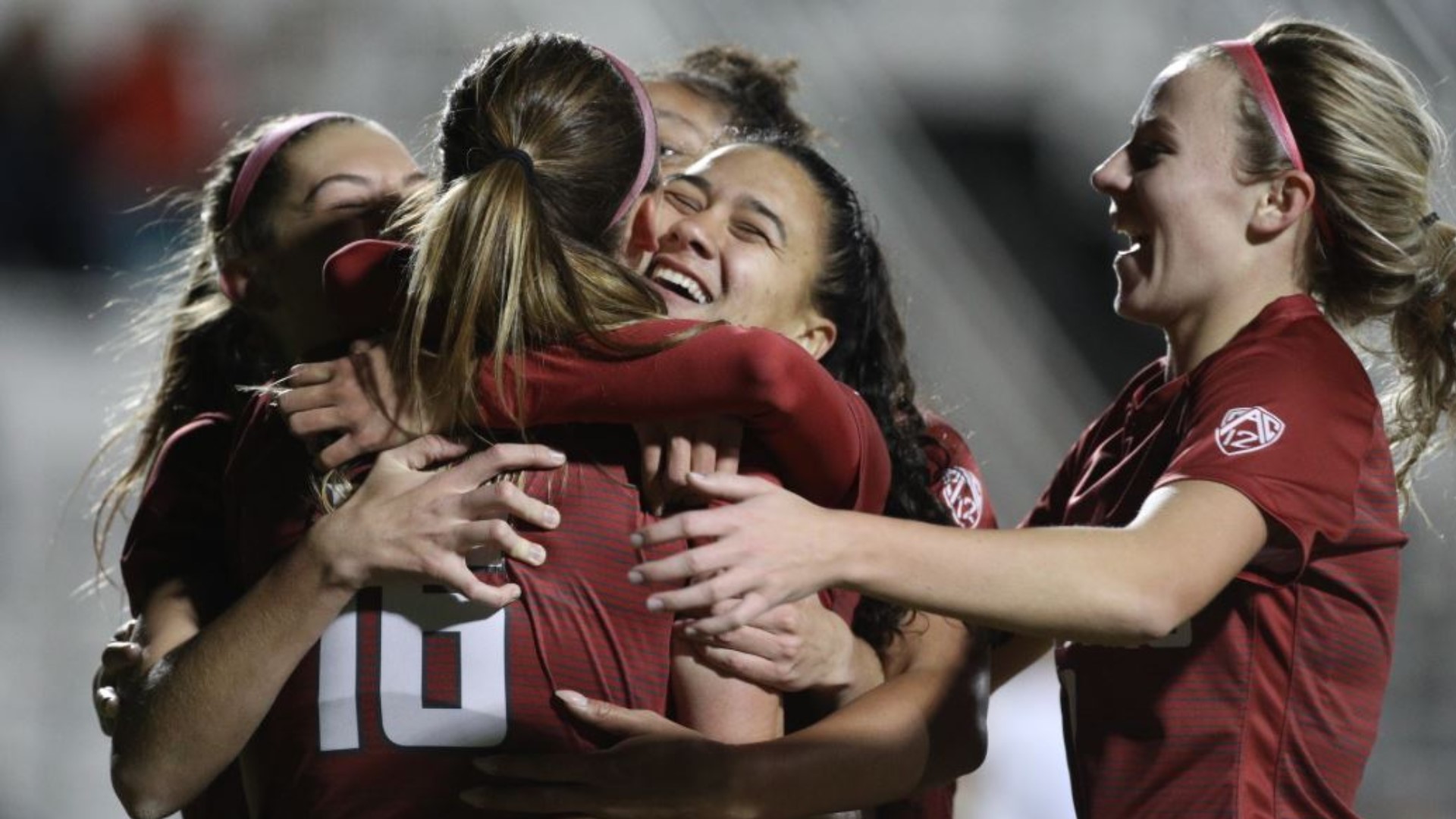 COLUMBIA, S.C. — "I’m going to be 100% honest, if you told me this at the beginning of the year, I would’ve laughed and been like really?" said WSU soccer's Morgan Weaver.

The majority of the soccer world would had had the same reaction if you said at the beginning of the year that the Cougs would make the NCAA Tournament’s Elite Eight.

This Friday marks the program’s first ever appearance in the tournament’s third weekend.

"No one likes the underdog to be winning like this," reflected WSU Soccer Head Coach Todd Shulenberger.

For the NCAA women’s soccer tournament, only the top 16 teams of the 64 team field are seeded.

As WSU soccer heads into the Elite Eight, they’re the only squad left without a number left next to their name.

"We’ve raised the standard," said goalkeeper Ella Dederick. "We’ve shown people all over the country that hey, WSU Cougar soccer is one to play and one to go against."

"At WSU, we won’t get outworked by anybody and we’re going to roll our sleeves up every day as a staff and players to go to work," said Shulenberger.

If you’ve watched a second of their play during this NCAA Tournament run, you know that the Cougs haven't been afraid of any team they’ve encountered.

A prime example is their game against Virginia, where the Cougs scored three goals against the #1 seeded Cavaliers. Coming into the game, Virginia had only allowed eight goals all season.

"We just believe in ourselves," reflected Dederick. "I think that’s really all that I have to say. We know that we’re a good team and once we have a good game plan and we execute it properly we know it’s going to go good."

"We all have that mentality that we’re not going to stop and who cares who we’re playing," said Weaver. "We might not be better but if we can fight and continue to press and do the things that we know how to do, we can come out with a win and we’re not scared of anyone."

The Cougs once again take that attitude into a match up on paper many people wouldn’t give them a chance in, taking on No. 2-seeded South Carolina.

"The girls eat that up," said Shulenberger. "Cougs are underdogs. At some point those underdog days will be done, so we’ve got to keep riding it while we got it."

No matter what happens on Friday though, this team will always hold a place in WSU history.

There’s something to be said about enjoying the moment as well.

"It's something I always dreamed of as a little girl, making it to the Elite Eight, Final Four, anything like that, has always been a dream of mine and I’m living it right now," said Weaver with a huge smile.

When asked why she couldn't stop smiling Weaver replied, "I'm excited. I've never been in this position before!"

Neither has anyone in the history of Cougar soccer.

WSU plays South Carolina on Friday at 3. You can watch the game online on SEC Network +.